Published May 3rd, 2022 - 06:04 GMT
A man delivers loaves of bread to a woman as the eastern Ukraine city of Lyman received heavy shelling, on May 2, 2022. (Photo by Yasuyoshi CHIBA / AFP)
Highlights
US claims that Russia is planning to annex eastern Ukraine.

The United States believes that Russia is planning to annex two regions of eastern Ukraine while recognizing a third as an independent republic, a senior U.S. official said Monday. 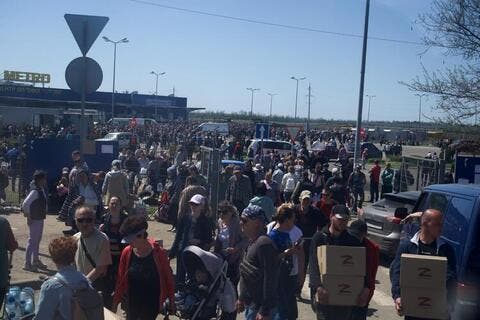 Michael Carpenter, the U.S.f ambassador to the Organization for Security and Cooperation in Europe, told reporters during a press briefing in Washington, D.C., that Russia has lost the battle to take Kyiv but it now plans to annex Donetsk and Luhansk in eastern Ukraine and recognize the southern city of Kherson as a "people's republic."

The senior official said this plan comes "straight out of the Kremlin's playbook," which Moscow employed to annex Crimea and destabilize Donetsk and Luhansk by declaring them independent.

He said they believe the Kremlin may try to hold referenda on Donetsk and Luhansk joining Russia sometime later this month and that Moscow is considering a similar plan for Kherson.

"They organized these sham referenda, as you all know, in Crimea, in Luhansk, in Donetsk and in other places," he said. "What the Kremlin playbook calls for is delegitimizing, as I said, the democratically elected leaders and imposing fake people's councils essentially made up of the Kremlin's puppets and proxies.

"Again, this is something that we've seen in the past, and we're looking very closely to see whether the Kremlin might try to orchestrate something like this in the near future."

Carpenter would not divulge where the information that produced this assessment came from other than stating they have every reason to believe it to be highly credible.

LIVE UPDATES: The US has warned that Moscow plans to formally annex parts of eastern Ukraine, specifically the regions of Luhansk and Donetsk, after Russia failed to take the capital Kyiv.https://t.co/kHDtj2AvsW 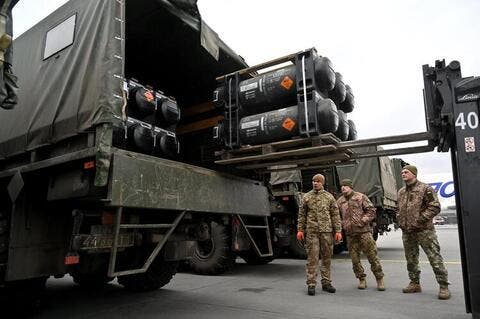 As evidence, he pointed to reports of Russian actions in those areas paving the way for such efforts, including abductions of mayors and other officials and enforced disappearances of school directors, journalists, activists and municipal officials as well as plans for a Russian school curriculum to be enforced in southern and eastern Ukraine.

Carpenter explained the OSCE, the world's largest regional security intergovernmental organization, will not consider these referenda legitimate nor any attempts to annex Ukrainian territory.