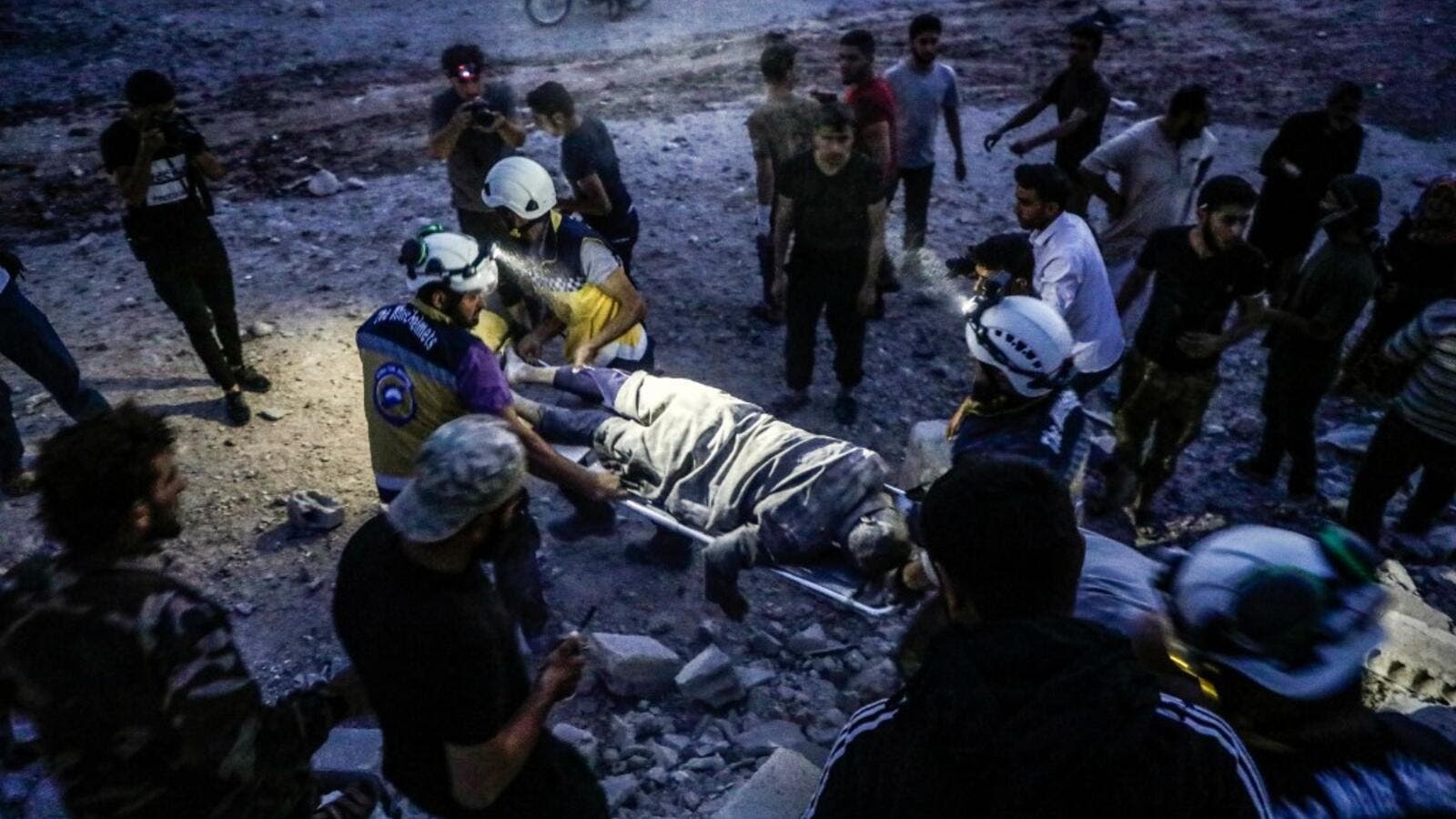 Members of the Syrian Civil Defence, also known as the "White Helmets", carry away on a stretcher a man rescued from the rubble of a collapsed building following a reported air strike in Kfar Ruma in Syria's northwestern Idlib province, on August 16, 2019. (AFP)
Highlights
Idlib de-escalation zone struck by Russian forces although acts of aggression prohibited in area

At least 13 civilians were killed when Russian airstrikes hit a Syrian town inside the Idlib de-escalation zone, the White Helmets civil defense group said on Friday.

The Russian airstrikes targeted residential areas in Idlib and Latakia cities in the northwestern Syria, according to Syrian opposition sources.

Earlier on Friday, the Assad regime airstrikes killed two civilians and injured 23 others in the Idlib de-escalation zone, Youssef said.

Turkey and Russia agreed last September to turn Idlib into a de-escalation zone where acts of aggression are expressly prohibited.

The Syrian regime and its allies, however, have consistently broken the terms of the cease-fire, launching frequent attacks inside the de-escalation zone.

The de-escalation zone is currently inhabited by about four million civilians, including hundreds of thousands of people displaced by the regime forces from cities and towns throughout the war-weary country in recent years.

Syria has been locked in a vicious civil war since early 2011, when the Bashar al-Assad regime cracked down on pro-democracy protests with unexpected ferocity.

Since then, hundreds of thousands of people have been killed and more than 10 million others displaced, according to UN officials.