Russian Bars and the Many Faces of Sex Work in Jordan 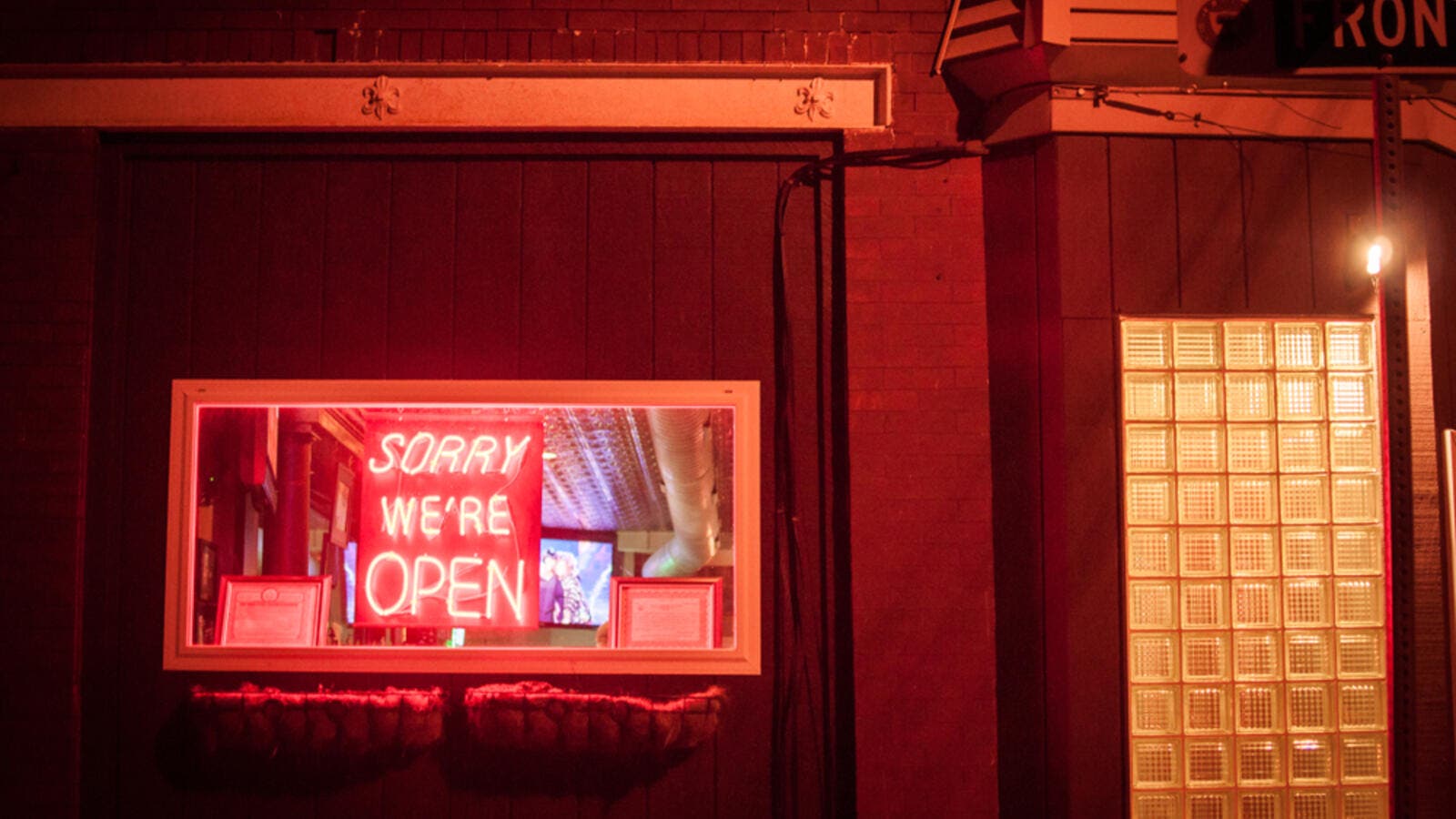 Sex work is a controversial topic in Jordanian society. /Shutterstock

Jordan is increasingly known as a “hotspot” of prostitution in the Middle East. It is certainly not the only Middle Eastern country where sex work has become commonplace. But controversy around prostitution often looks the wrong way, or sees what it wants to see. A closer look at the phenomenon of sex work - or rather, what is assumed to be sex work – in Jordan brings up a complicated picture.

There are horrific stories of human trafficking, and of young women and even children being deceived and forced to enter prostitution. But there are also plenty of cases where it’s hard to draw the line between sex “work”, and a more ambiguous arrangement between consenting parties. And within that there are shades of grey. Women do often choose such arrangements, but that may be because of a lack of better choices.

Sex work is a controversial topic in Jordanian society. Many Jordanians are angered by its presence, and there have been activist campaigns to end prostitution in areas where it is common. But though prostitution is technically illegal, there are plenty of loopholes in the law to be exploited, although quite often authorities turn a blind eye anyway.

And when authorities do crack down on it, they have a difficult time, for it isn’t always clear where the line into sex work begins and ends. The famous “Russian bars” of Amman are a case in point, one that makes clear that foreign sex workers face different opportunities and risks than do local ones.

The “Russian bars” have acquired a seedy reputation, and indeed have been a source of worry. In 2017 a young Russian model informed her mother from Jordan that she had found work in a “bar” in the Middle East. However, when she failed to contact her relatives in Russia for a week, a search party was organised to find her and her friend because it was feared they may have been trafficked for sex work. In the end, she was found safe and deported from the kingdom. But the fact that a young Russian woman taking a bar job in Amman sparked such concern says a lot about the connotations attached to foreign - and especially Slavic - women working in Jordanian nightlife.

But are the “Russian bars” really hotbeds of prostitution and trafficking? “Russian bars” aren’t necessarily Russian. The women who work there tend to dye their hair blonde and are considered “Russian” by the clients. Indeed many are, although many more hail from other post-Soviet and central Asian countries, including Ukraine, Estonia, Romania, Uzbekistan and Moldova. “Russian” women work in bars in many other Middle Eastern countries, including Lebanon, and are often assumed to be sex workers.

In fact, the dynamics of Russian bars are more complicated. One study of these bars found that the bar owners and managers either prohibited or strongly discouraged the women from sleeping with their “clients”. Rather, a “client” was a male guest who visited the bar to be entertained with the company of attractive women. The women make their money by getting the clients to buy drinks at the bar. Drinks at “Russian bars” are priced far higher than in regular bars, and the women work on commission - they get a cut of the revenue from every drink that the client they are entertaining buys. The “entertainment”, according to the study, is mostly conversation. Making their clients laugh is important. Many of the women also said they saw themselves as “counsellors” of sorts. Men would often take the opportunity to talk about their problems to someone who listened attentively.

This is not to say sex never comes into the equation. The women working there know that many of their regular clients come back to the bar because they hope - one day - that they might be able to persuade the woman they like to either have sex, or to have a romantic relationship with them. It’s the unfulfilled hope that keeps them coming back.

And so it’s actually bad for business if the women end up sleeping with the client. Bar managers, according to the study, ensure that the women are sent home in cabs booked by the bar, so there is no chance they are going to a client’s home.

But rules get broken, or at least worked around. What is good for the bar manager isn’t necessarily what’s good for the women working there. Whilst all of the women interviewed for the study on “Russian bars” denied ever having sex with a client, everyone knew another girl who had.

Women sometimes meet clients for lunch or shopping trips during the day, meetings which may go further. Nor are rules necessarily the same for each bar. At similar bars in Lebanon, clients are encouraged to pick out women they like, and then it is arranged that the women will meet them next day, with the presumption of sex.

This might sound like the women working there generally get a good deal, but the realities are mixed. One Russian woman in Lebanon described how she had accepted a bar job from Russia under the impression she would be merely hosting clients, rather than having sex with them. She also wasn’t told until she arrived in Lebanon that she would have to pay for her own return ticket, accommodation and visa. Unable to pay for these with the money she had, she had no choice but to accept the contract with the sex work.

This all paints a muddy picture of the lives of Russian and other foreign women working in the bars. The “Russian bars” engage in elaborate displays of their legality to police officers, and emphasise that trade in sex is not a feature of their business. Then again, it is the ambiguities that surround their client’s hopes, and the possibility that those rules might be broken, which keep the bars in business. And there is no clause in the law against orchestrated meetings between foreign women and clients in a bar. So long as the nature of these meetings stay unspecified, there’s not much the law can do.

The more important, and more difficult question is what the law should do. In cases of forced prostitution, there is an evident need for the authorities to step in. Anyone who is expected to perform sex work against their will needs to be able to reach out for protection the law, whether they are Russian, Jordanian or anything else. But what if a bar worker chooses to strike up a relationship of sorts with one of her clients, and receives certain material perks for it? This kind of arrangement often receives moral judgement. But whether it should be illegal when it is - for better or for worse - a feature of many relationships, is a harder call.

There are other sides to sex work in Jordan where legal protection is desperately needed. For instance, the trade of sex with underage boys in cities such as Zarqa is a critical problem. These children have no control over their own lives, and are subject to horrific abuse, as well as the substantial risk of HIV and other sexually transmitted diseases.

Young Syrian refugee women and children who are tricked into sham marriages with wealthy men, only for the men to subject them to traumatizing sexual abuse and then leave them destitute, need to be able to turn to the authorities for help. Any foreign person who has been trafficked likewise needs to know that the state is there to help them.

This is complicated by the fact that prostitution is illegal in Jordan. Whether the legalization and regulation of prostitution is the answer is a matter of debate. But those people who are victims of sexual exploitation need to know that they will not be punished if they turn to the law for help. Jordan is a signatory to the UN Convention Against Transnational Organised Crime and its supplemental Protocol to Prevent, Suppress and Punish Trafficking in Persons, Especially Women and Children. If it is to live up to these responsibilities, Jordan needs to recognize the complicated nature of sex work, or work that looks a bit like it.

Rather than assuming the worst, Jordan needs to be sympathetic to why people sometimes make risky choices that can expose them to exploitation. Whatever moral reservations one has about sex work, the greater evil is undoubtedly committed by those who endanger and exploit vulnerable people for the sex trade.

UK Chancellor Warns: Cash System May Collapse Within A Decade