Russian President Vladimir Putin said on Thursday that the time had come for Russian troops in the Collective Security Treaty Organization (CSTO) mission in Kazakhstan to return. 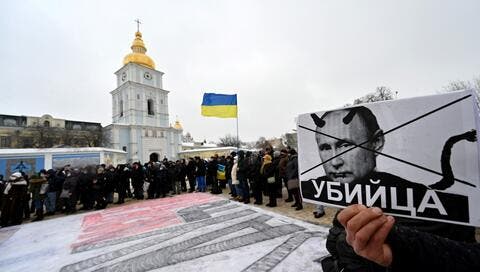 At a meeting with Defense Minister Sergey Shoygu in Moscow, Putin praised the military chief for the effective and quick mobilization of Russian forces and the implementation of the task of restoring order in Kazakhstan.

"I want to thank you, the general staff, and everyone who led the operation for this work and express the hope that this practice of using our Armed Forces will be further studied, adjustments will be made, if they need to be made, in practical work. In general, we need to go home -- we have completed our task," Putin said.

Shoygu, for his part, informed the president that the Defense Ministry began its pullout on Thursday and that it was expected to be completed by Jan. 19.

According to the plan, Russian aviation forces will arrange 14 aircraft on Friday to transport Armenian, Tajik, and Belarussian troops out of Kazakhstan.

JUST IN: Russian peacekeepers have been deployed to Kazakhstan

The Kyrgyz military will withdraw on its own because of the two countries' proximity.

Within five days, the peacekeepers will hand over management of the facilities they operated to Kazakh law enforcement, and the remaining forces will leave Kazakhstan, Shoygu said. 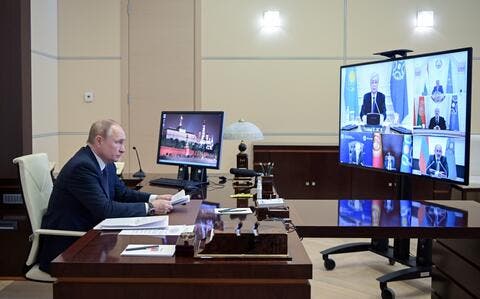 On Jan. 2, protests broke out in Kazakhstan over an increase in liquefied petroleum gas (LPG) prices in the city of Zhanaozen in Mangystau, which later turned into clashes with police, with the most violent developments taking place in Kazakhstan's former capital and largest city Almaty.

Kazakh President Kassym-Jomart Tokayev requested help from CSTO allies, and in a short period, peacekeepers from Russia, Belarus, Armenia, and Tajikistan arrived in the country and backed the Kazakh law enforcement in restoring order.