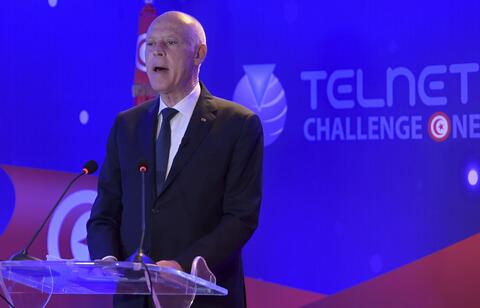 Tunisian President Vows Not to Turn Back

Saied has also appointed Shukri Riahi as commander of the National Guard.

Earlier the Tunisian president said that he won't turn back and that he will move on in his decision to suspend the parliament and to sack prime minister in late July.