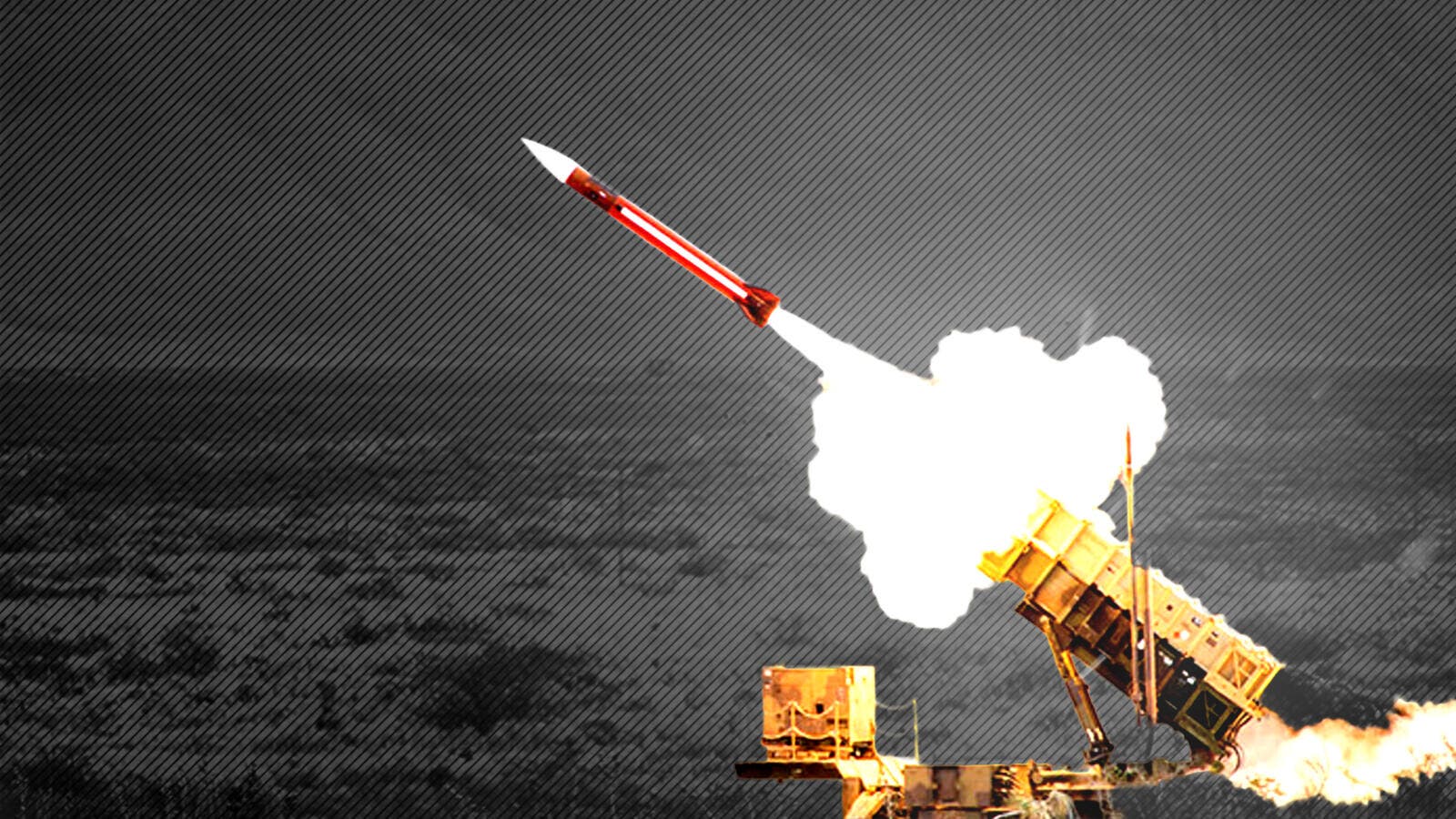 When Saudi Arabia’s crown prince Mohammed bin Salman unveiled his trademark Saudi Vision 2030, a comprehensive set of development goals, a key ambition was to create a fully-fledged defense industry. According to the plan, Saudi intends to “localize” over half of its military equipment spending by 2030—a significant change from the 2 percent it currently locally sources.

Though many have called this goal more of a dream than a realistic possibility, Saudi is about to take a large stride toward its realization. In May, the Trump Administration evoked emergency powers to approve a set of lucrative arms sales to Saudi, which would bypass congressional oversight of the deal if the declaration is upheld.

One of those arms contracts, it has been revealed, is for Raytheon to collaborate with Saudis to develop parts for so-called ‘smart bombs.’ If the deal goes through, Saudi arms manufacturers would likely gain the expertise required to make smart bombs themselves.

One of those arms contracts, it has been revealed, is for Raytheon to collaborate with Saudis to develop parts for so-called ‘smart bombs.’ If the deal goes through, Saudi arms manufacturers would likely gain the expertise required to make smart bombs themselves.

Arms manufacturers closely guard the technology and expertise required to build such weapons.

The move to develop high-tech bombs within an indigenous Saudi defense industry is a way for the kingdom to rely less on states that could be critical of its military ambitions, experts argue.

In the case of Saudi’s war in Yemen, politicians from European countries and the U.S. have called on their respective governments to stop selling arms to Saudi. With a self-sufficient defense industry, Saudi would be able to continue its military excursions without fear of international backers withdrawing support and arms.

Building a Defense Industry from Scratch

Saudi Arabia has, for decades, equipped its military with foreign-made armaments, technology and vehicles. The kingdom’s de facto leader, crown prince Mohammed bin Salman, is looking to change that.

“Our aim is to localize over 50 percent of military equipment spending by 2030,” Saudi Vision 2030’s platform states.

“Our aim is to localize over 50 percent of military equipment spending by 2030,” Saudi Vision 2030’s platform states.

“We have already begun developing less complex industries such as those providing spare parts, armored vehicles and basic ammunition. We will expand this initiative to higher value and more complex equipment such as military aircraft. We will build an integrated national network of services and supporting industries that will improve our self-sufficiency and strengthen our defense exports, both regionally and internationally,” it continues.

"By working together, we can help build world-class defense and cyber capabilities in the Kingdom of Saudi Arabia."

SAMI’s own stated vision is “to be among the top 25 military industry ‎companies in the world by 2030, combining the latest technologies and the best national talent to develop military products and services at par with international standards, and achieve the Kingdom’s self-sufficiency in military industries.”

Immediately after SAMI was launched, the new company signed a Memo of Understanding (MOU) with Raytheon to begin a long-term defense partnership.

Though exact details were not known at the time, a June 2019 report by the New York Times revealed that part of the partnership includes localizing the production of high-tech parts found inside so-called ‘smart bombs.’

“The move grants Raytheon and the Saudis sweeping permission to begin assembling the control systems, guidance electronics and circuit cards that are essential to the company’s Paveway smart bombs,” the report states.

“The United States has closely guarded such technology for national security reasons,” it adds.

The deal with Raytheon is just one of several SAMI has struck with powerful arms manufacturers.

In Oct 2017, SAMI signed a MoU with the Russian state-owned arms exporter, Rosoboronexport, to acquire the controversial S-400 missile defense system. SAMI said the deal was “based on the assurance of the Russian party to transfer the technology and localize the manufacturing and sustainment of these armament systems in the Kingdom.”

In Nov 2018, SAMI expanded its reach into localizing elements of Saudi’s navy by signing a joint venture with  Navantia S.A. to build five Avante 2200 corvettes, which are advanced patrol boats.

“Navantia is proud of being the first company to sign a binding Joint Venture with SAMI. The creation of this partnership will allow both parties to develop opportunities, both in Arabia and internationally,” Navantia S.A.’s Chief Operating OFficer, Gonzalo Mateo-Guerrero Alcázar, said.

A self-reliant military industry would Saudi obvious economic benefits, but the real impact lies in Saudi’s newfound leeway for its military.

The Saudi Technology Development and Investment Company (TAQNIA), another project of the Saudi Public Investment Fund, signed a protocol with Chinese drone manufacturers to build a factory to produce CH-4 drones. The CH-4 drone is China’s cheaper answer to the U.S.’ MQ-1 Predator drone. Saudi reportedly plans to begin selling the CH-4s it produces to other countries in the region.

Saudi is not the first regional power to revamp its own domestic military capacities in recent years. Turkey opted to localize much of its military, as did the U.A.E. Both now rely far less on foreign military suppliers.

The Saudi Technology Development and Investment Company (TAQNIA), another project of the Saudi Public Investment Fund, signed a protocol with Chinese drone manufacturers to build a factory to produce CH-4 drones

The Blurred Line Between Self-Reliance and Impunity

“That has been in place for a decade at least. It is not a new phenomena.”

If Saudi is looking to immunize its military from rich foreign states, then its concerns are well-founded. As the Saudi-led intervention of Yemen has dragged on, reports of civilian deaths and war crimes by Saudi jets and Saudi-alligend forces have piled up.

On August 9, 2018, a Saudi jet dropped a Lockheed Martin-manufactured bomb on a school bus full of children, killing over 50 of them. The attack prompted a massive backlash inside many states previously backing the Saudi-led coalition’s military efforts.

Germany, Denmark, Finland and the Netherlands halted arms sales to Saudi after the bombing, and Norway vowed not to forge any new arms deals. In the U.S., Saudi’s biggest arms supplier, bipartisan support for ending the U.S.’ involvement in Yemen and stopping arms sales to Saudi gained traction. The U.S. Senate and House of Representatives passed a bill to halt U.S. support of the war, which Trump promptly vetoed before it became a law.

To Saudi, these moves signal that its international partners, once almost unconditionally loyal, are faltering and beginning to become unreliable. Thus, SAMI was formed and Saudi began accelerating its own domestic military capacity building.

Theodore Karasik also noted that this explains why Saudi has sought a broader array of military suppliers, beyond U.S. companies.

“Few nations should be trusted less than Saudi Arabia."

Saudi is trying to diversify who it receives its arms from, Karasik notes. “This trajectory will not stop and will probably accelerate as the US Congress tries to stop arms sales to Saudi Arabia. The kingdom will turn to others for what they need as they have done so in the past… Riyadh is not going to wait for DC to make up its mind,” he added.

As of now, a bipartisan group of senators are looking to block the Trump administration’s emergency declaration, which would bypass traditional congressional oversight and fast-track Raytheon’s transfer of weapon tech to Saudi.

If the deal goes through, Saudi could, in theory, begin developing its own smart bombs that could be continually supplied without relying on a foreign power objecting to or monitoring the weapon’s usage.

Though that gives Saudi a profound flexibility to unilaterally operate inside warzones like Yemen, it could also exacerbate the man-made humanitarian catastrophe inside Yemen.

“In recent years, they have fomented human atrocities, repeatedly lied to the United States and have proved to be a reckless regional pariah. It is concerning and irresponsible for the United States to continue providing them arms.”
To date, the war in Yemen has killed over 70,000 people, led to tens of thousands more indirect deaths through starvation and deprivation, and forced most of the country to rely on sparse humanitarian aid.

“US bombs. US targeting. US mid air support. And we just bombed a SCHOOL BUS. The Saudi/UAE/US bombing campaign is getting more reckless, killing more civilians, and strengthening terrorists inside Yemen. We need to end this - NOW.” U.S. Senator Chris Murphy tweeted.

And we just bombed a SCHOOL BUS.

The Saudi/UAE/U.S. bombing campaign is getting more reckless, killing more civilians, and strengthening terrorists inside Yemen. We need to end this - NOW. https://t.co/P8V2L6Crgi

If Saudi can build a reliable, domestic military industry, international calls to cut off support to the kingdom would lose their potency, and Saudi would be able to exercise unilateral military might in a way few countries in the region have been able to do.