Published January 13th, 2022 - 07:44 GMT
A group of Afghan refugees gather outside the Indonesian government offices in Pekanbaru on January 11, 2022, to plea for resettlement to a third country. (Photo by Wahyudi / AFP)

A senior board member of Afghanistan’s central bank is appealing to the U.S. government to provide clarity over which financial acts would violate U.S. sanctions on Afghanistan. 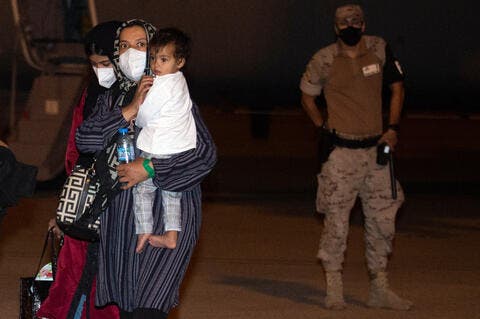 In an interview with Al Bawaba, Shah Mehrabi, board member of Da Afghanistan Bank, said that small clarifications provided by the U.S. Treasury are severely inefficient and are contributing to the devastation of the country’s economy.

Afghanistan is falling into catastrophe. After the withdrawal of U.S. and allied troops and the imposition of sanctions on the Afghan government, millions of people have been pushed further into poverty.

U.S. sanctions have strangled a country already beholden to international investment and aid. Banks and humanitarian organizations have turned off the financial and aid tap on which millions of Afghans were forced to rely since the invasion of the country in 2001.

Unless drastic steps are taken, the World Health Organization has warned that 1 million children could die over the coming winter months. Drought, the pandemic, government upheaval, and the effects of two decades of war have led to an accumulation of catastrophic conditions which the U.N has called an “unprecedented humanitarian emergency.”

Mehrabi, who is also a professor at Montgomery College, has spent the past months meeting with members of the U.S. Congress to appeal for the clarification and relaxation of sanctions on Afghanistan. Most importantly, he argues, it is “critical” for the Afghan government to access reserves to pay for essential imports. He has found agreement with 46 members of Congress who have sent a letter to President Biden.

“It's critical to allow the central bank of Afghanistan to bring price stability and reduce the volatility and increase the appreciation of the Afghani currency versus the dollar. [Also] to allow businesses access to reserves to pay for essential imports. Limited, monitored and conditional access to $150 million per month will allow the Central Bank to maintain its main objective of price stability.”

Mehrabi insists that it will be “very difficult” not to verify how the funds are spent. The U.S. Treasury has continued sanctions with the rationale that the funds will go towards interests opposed to those of the U.S.

U.S. sanctions have also led to Afghani falling out of print. The Polish company contracted to print the notes has ceased its operations out of fear of sanctions imposed by Biden’s government.

The U.S. has issued multiple licenses to “support the continued flow of humanitarian assistance to the people of Afghanistan.” Mehrabi, however, says these only operate on a “micro” level, disallowing the Afghan government the possibility to stand on its own two feet.

Sanctions against the Taliban government following the U.S. withdrawal have pushed millions of ordinary citizens further into poverty. As the winter months continue to bring untold suffering to the people of Afghanistan, sanctions must be lifted.