Published May 16th, 2021 - 06:31 GMT
Members of Israeli security and emergency services work on a site hit by a rocket in Ramat Gan near the coastal city of Tel Aviv, on May 15, 2021, following the launching of rockets from the Gaza Strip controlled by the Palestinian Hamas movement towards Israel. Oren ZIV / AFP
Highlights
At least 139 Palestinians, including 39 children by Israeli bombings.

Rocket sirens blare throughout Tel Aviv and central occupied territories as Hamas says it fired dozens of rockets at Israel in response to the killing of a Palestinian family of 10, including eight children. 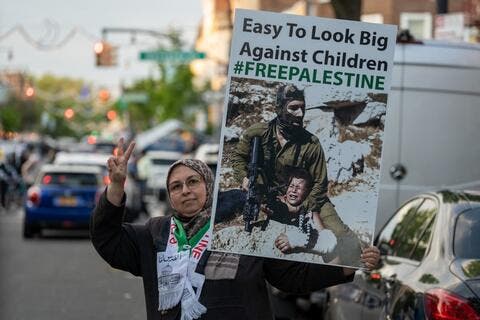 Israeli media reported that a rocket has exploded in central Ramat Gan, with footage from Ramat Gan showing a car burning and damage to nearby buildings.

A man aged around 50 was killed in the rocket strike in Ramat Gan and several people were injured. Police later said two rockets hit the city.

According to reports, one of the rockets fired from Gaza exploded in the Arab town of Taibe, northeast of Tel Aviv, and another hit near the Israeli settlement of Karnei Shomron.

The residents of Taibe gathered to celebrate Palestinian resistance at the scene of the rocket strike.

They denounced the Israeli regime’s violence against Palestinians at Jerusalem al-Quds’s al-Aqsa Mosque and shouted “With spirit, with blood, we’ll redeem al-Aqsa!”

Hamas’ military wing, the Ezzedine al-Qassam Brigades, said it launched dozens of rockets at the occupying regime in response to a pre-dawn airstrike by Israeli warplanes against al-Shati refugee camp, which killed eight children and two women from the Abu Hatab family and injured 15 others.

The Israeli military destroyed the Al Jalaa tower in Gaza after sending a “roof-knocking” missile as a final warning to leave.

Israel had reportedly warned occupants of the building, which houses certain media outlets such as Al Jazeera, the Associated Press, along with Arab and local press, to evacuate. The regime had said the building would be bombed within an hour.

Following the warning, Al Jazeera aired a phone call between the building’s owner and an Israeli intelligence officer asking to be given more time to evacuate equipment from the offices, but the Israeli officer declined the request.

Disregarding the outrage caused by its earlier warning, Israel bombed the tower.

Meanwhile, Abu Ubaida, a spokesman for the Ezzedine al-Qassam Brigades, said that they fired a rocket-propelled grenade at Tel Aviv in response to the threat.

Tonight in Tel-Aviv a joint demo of Jews and Palestinians to protest the Government, the War and Netanyahu.

He also said the Palestinian resistance is ready for six consecutive months of Tel Aviv’s bombardment, hinting at the six consecutive days since the beginning of Israel’s onslaught against Gaza.

“The massacre demonstrates the extent of impasse that the occupiers are experiencing against the grandeur of resistance,” he said. “We hold the cruel occupying [regime] fully responsible for targeting civilians and we stress that resistance will continue to defend the proud people of Palestine and that it will emerge victorious.”

Meanwhile, Palestinians on Saturday took to the streets in the occupied West Bank to protest against the Israeli regime’s occupation and the ongoing bombardment of Gaza. 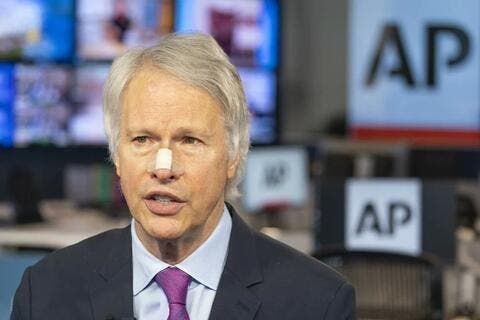 The rallies marked Nakba Day or the day the occupation of Palestine began 73 years ago, 750,000 Palestinians were expelled from their lands with the aim of creating the illegitimate state of Israel.

The death toll from the Israeli regime’s relentless aerial bombardment of the besieged Gaza Strip, which continued for its sixth consecutive day, has so far killed at least 139 Palestinians, including 39 children and 22 women, while leaving 950 others wounded.