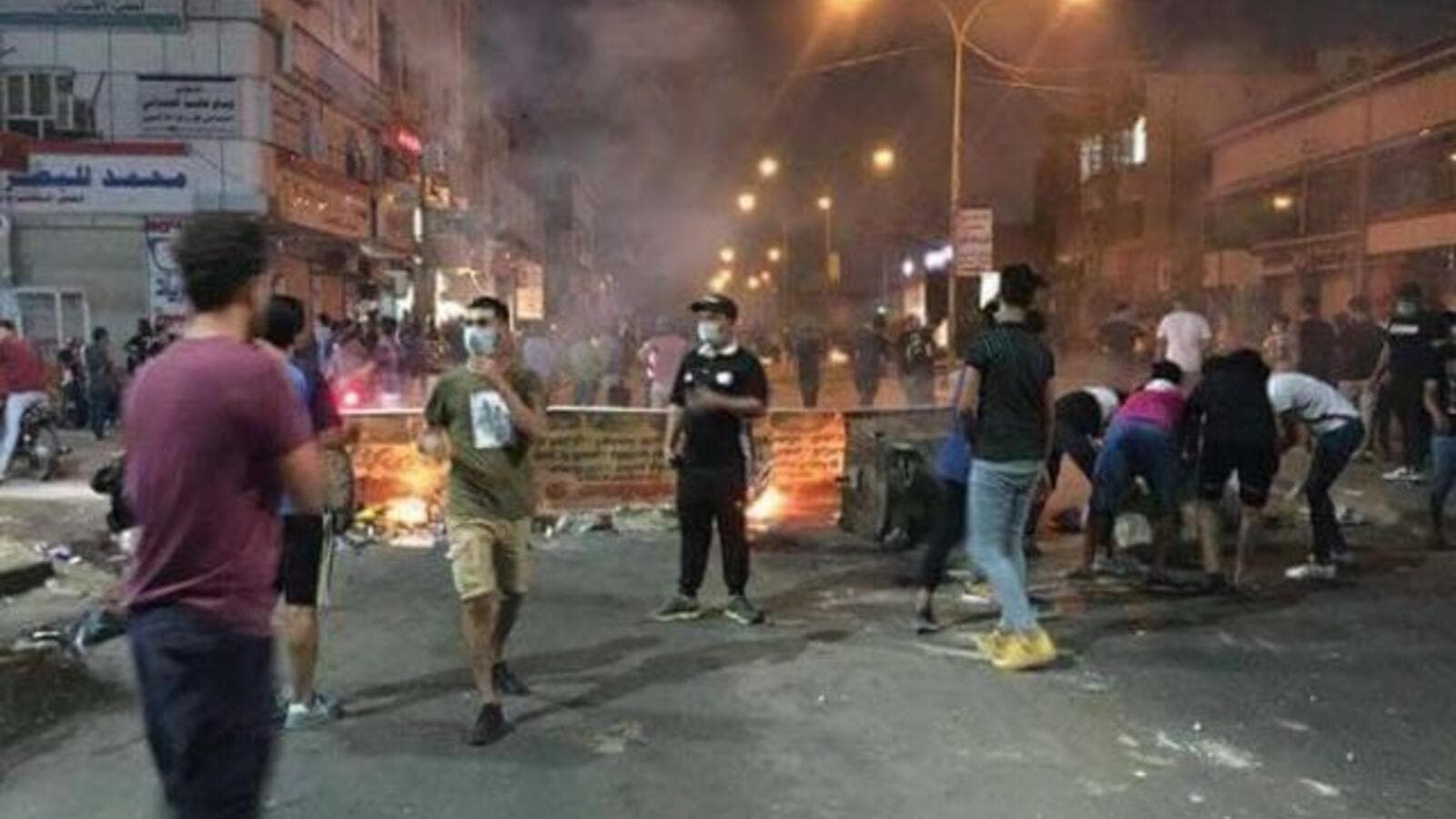 Six demonstrators were shot dead and many others wounded when armed protesters stormed a local government building in Basra on Tuesday.

Security forces responded by firing live bullets and tear gas, police and medical sources said. At least 39 people were wounded, including many from the security forces.

A curfew was imposed across the city on Tuesday night as authorities tried to stem the violence.

Basra, Iraq’s main oil hub, was the cradle of widespread protests over the summer. The demonstrations started over electricity shortages and quickly targeted corruption, poverty and a lack of jobs.

The security situation deteriorated significantly after a demonstrator was shot dead on Monday and another was seriously injured.

The heads of Basra’s tribes on Tuesday threatened to retaliate and target all government installations and oil companies in the province if the commander of the Basra security operations was not sacked and his forces replaced.

Assaib Ahl Al-Haq, one of the most prominent Shiite armed factions, also threatened to clash with security forces.

More than 17 demonstrators have already been killed by gunfire since the protests started in June and spread to clashes with security forces across Iraq. Three of them were killed in Basra.

Makki Yasser Al-Kaabi was killed by a bullet to the chest on Monday evening after the security forces opened fire and used tear gas to disperse demonstrators who tried to storm the local government building in central Basra. Another seven demonstrators were injured, one of them critically.

The security forces have been on high alert amid signs that the tribes would escalate the situation and target government installations, local security officials told Arab News.

Earlier, thousands of Basra’s people took to streets for the funeral of Al-Kaabi, whose coffin was wrapped in the Iraqi flag.

Video footage showed the mourners marching and led by red flag bearers representing the names of the clans attending the funeral.

Other banners showed photos of Al-Kaabi with some indicating that he was a member of s Shiite armed faction.

The mourner were chanting “no for the corrupt government” and “No for the (political) parties … the blood of Kaabi will not be lost.”

The mourners walked several kilometers before they arrived at the local government building, where some tried to storm the main gate where troops were deployed.

Others began to throw stones at the security forces. Police fired into the air and launched tear gas as the majority of the mourners fled.

“Why was he killed?” asked one of Al-Kaabi’s relatives. “He did not do anything wrong. He was just asking to get drinking water.”

Basra is the home of Iraq’s largest oilfields and the revenues of its crude exports represent the backbone of Iraq’s economy.

The security problems will affect the work of hundreds of domestic and foreign oil companies operating in Basra.

The head of Al-Kaabi’s tribe and many other tribal leaders have threatened to hit the oil facilities and government institutions in the province if the government did not expel Maj. Gen Jamil Al-Shimari, the commander of Basra military operations.

“He is wanted for the tribes as he is involved in killing and injuring their sons. We are demanding to fire him and expel him from Basra,” one of Al-Kaabi’s tribal chiefs said tried to persuade demonstrators not to attack the security forces on Tuesday.