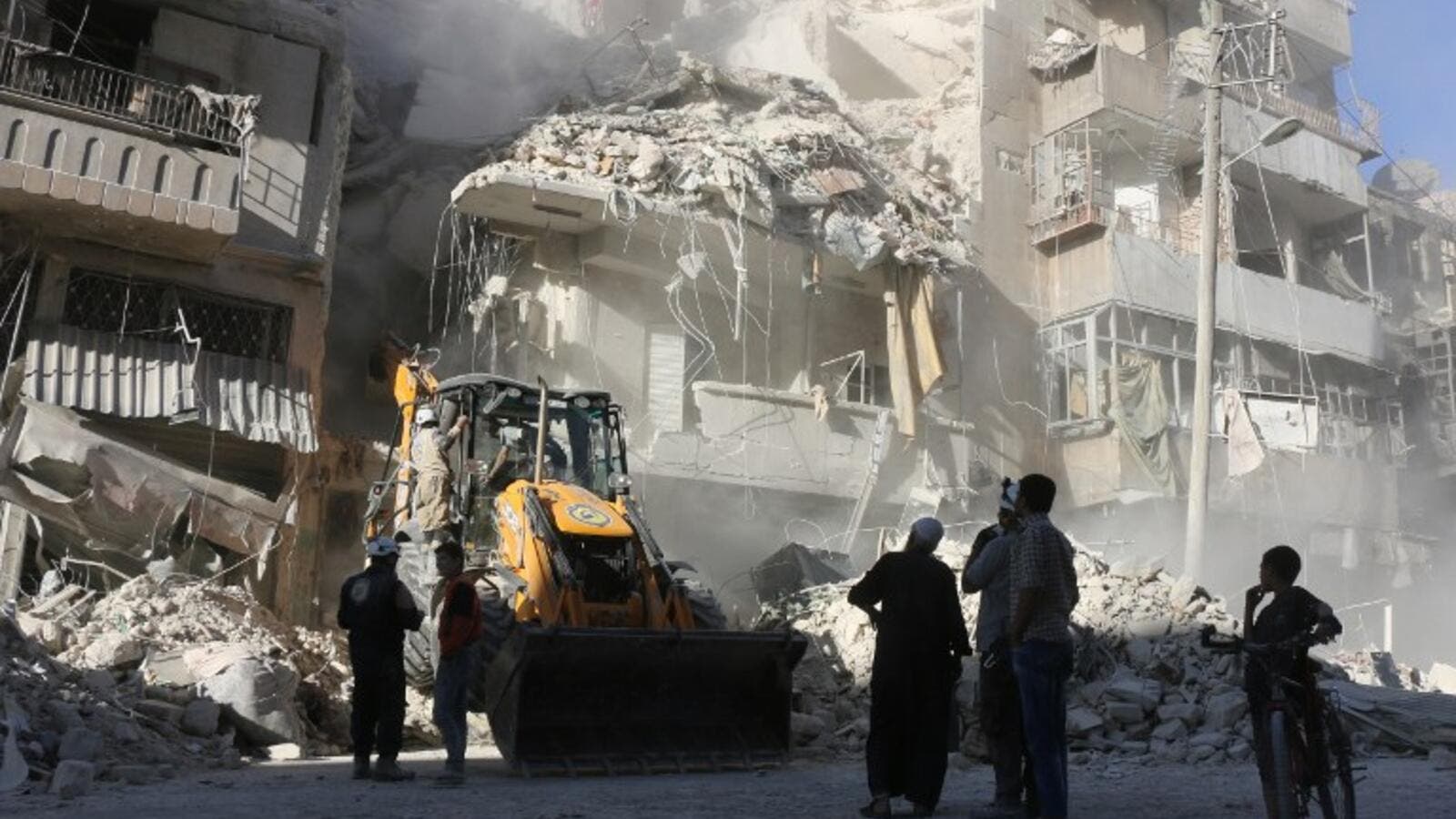 At least 65 people were killed and more 200 wounded in bombings in eastern Aleppo on Sunday, hours before the UN Security Council met to discuss Syria's offensive on the rebel-held city since a cease-fire collapsed.

The United States, Britain and France requested the UN session in the wake of the Russian-backed regime's efforts to retake the area. The United Nations says 213 people have been killed in the offensive, including missile strikes, barrel bombs and artillery fire destroyed the area in the past few days.

"What Russia is sponsoring and doing is not counter-terrorism. It is barbarism," Samantha Power, US Ambassador to the United Nations, said during the meeting.

"Instead of pursuing peace, Russia and Assad make war. Instead of helping get life-saving aid to civilians, Russia and Assad are bombing the humanitarian convoys, hospitals, and first responders who are trying desperately to keep people alive," she said.

Power said more than 150 airstrikes had hit the city in the last three days, and accused Russia and Syria of an "all-out offensive" to retake Aleppo.

Other envoys joined in support.

"Russia should be creating, not destroying, the conditions necessary for the resumption of political talks," British ambassador Matthew Rycroft said. "If it does not take these steps, and more, Russia will only confirm its status as an international pariah."

During the meeting, Syria's UN envoy Bashar al-Ja'afari vowed that the Syrian government will recapture all of Aleppo. The US, French and British ambassadors walked out when the Syrian envoy made his statement.

The barrel bombs, which were launched from helicopters, struck the Bustan al-Pasha neighborhood, according to the Aleppo Media Center, an opposition-affiliated group of activists.

The Aleppo Media Center, which announced the death count Sunday, said hospitals there were facing severe shortages of blood.

The city's residential communities where an estimated 250,000 people live were attacked.

"The Assad regime and with direct participation of its ally Russia and Iranian militias has escalated its criminal and vicious attack on our people in Aleppo employing a scorched earth policy to destroy the city and uproot its people," a statement signed by 30 mainstream rebel groups said Sunday.

Rebels launched a counter-offensive, according to the Syrian Observatory for Human Rights.

The foreign ministers of the United States, France, Germany, the United Kingdom and Italy, along with the High Representative of the European Union, jointly condemned the offensive as "unacceptable."

"The burden is on Russia to prove it is willing and able to take extraordinary steps to salvage diplomatic efforts to restore a cessation of hostilities, allow unfettered humanitarian assistance and create the conditions necessary for the resumption of UN-led talks about a political transition," the statement said.

UN Secretary-General Ban Ki-moon said through a spokesman Saturday he is "appalled by the chilling military escalation."

"Intense attacks last night have damaged the Bab al-Nayrab water pumping station which supplies water to some 250,000 people in the eastern parts of Aleppo," the U.N. children's agency said in a release. "Violence is preventing repair teams from reaching the station. In retaliation, the Suleiman al Halabi pumping station, also located in the east, was switched off -- cutting water to 1.5 million people in the western parts of the city.

"Depriving children of water puts them at risk of catastrophic outbreaks of waterborne diseases and adds to the suffering, fear and horror that children in Aleppo live through every day."