Somalia is on the Brink of Famine

Published May 31st, 2022 - 06:46 GMT
In this file photo taken on August 18, 2011 A Somali girl carries a pot filled with a hot meal over her head as she others wait in line to receive their food ration at a distribution point in Somalia's capital Mogadishu. (Photo by Roberto SCHMIDT / AFP)
Highlights
Special presidential envoy for drought response says 6.1M people facing extreme level of food insecurity 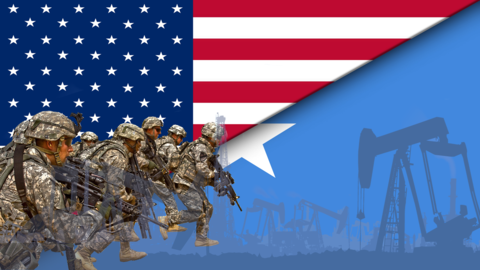 Troops Redeployed: What Is in Somalia for the US?

Abdirahman Abdishakur Warsame said 6.1 million Somalis are facing an extreme level of food insecurity while 330,000 children are facing severe acute malnutrition due to the prolonged drought.

The statement underscored the need for an urgent and well-coordinated response and for all Somalis to stand to save lives.

"The contentious political environment which led to the prolonged electoral process, global political crisis, and the emergence of humanitarian crisis fronts elsewhere in the world have contributed to the inadequate response to the drought in the face of the impending famine in the country," the envoy said.

The climate change-related drought in Somalia is one of the worst in 40 years and has affected 66 districts in the country, displacing 771,400 families, according to the UN and the Somali government.