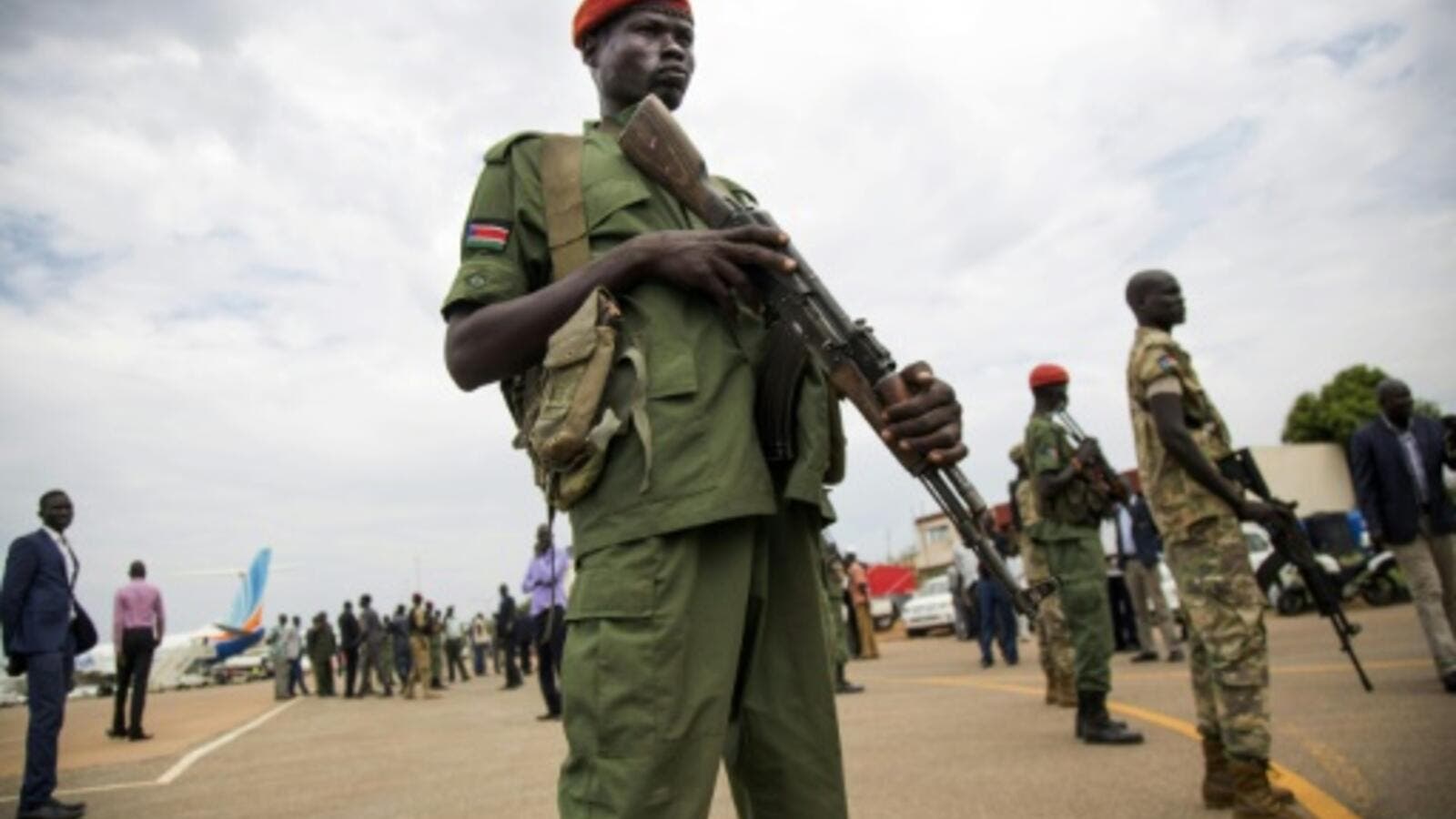 Civil war erupted in South Sudan in December 2013 but rebel chief Riek Machar returned to the capital in April as part of a peace deal which saw him become vice president, forging a unity government with President Salva Kiir. (AFP/File)

Gunbattles in South Sudan’s capital Juba erupted for a fourth day between troops loyal to President Salva Kiir and soldiers who support the vice president Riek Machar around a military barracks.

Helicopter gunships were spotted flying over the city and loud booms suggestive were also heard on Saturday.

At least 272 people have been killed in the recent fighting, 33 of them civilians, the minister of health told Reuters news agency.

On Friday heavy gunbattles erupted around the presidential compound as Machar and Kiir were holding peace talks there. Local media reported finding around 100 bodies in and around the compound.

The violence has raised fears South Sudan could face more instability after emerging from a two-year civil war, which began in December 2013 after Kiir sacked Machar as vice president.

The conflict was largely fought along ethnic lines with Kiir mostly drawing support from his Dinka tribe while Machar was backed by his Nuer tribe.

A peace agreement last August ended the war but Kiir and Machar have yet to integrate their forces, a key part of the agreement.

Thursday and Friday's gunfights were the first major outbreak of violence in Juba since Machar returned to the capital in April after his re-appointment as vice president.