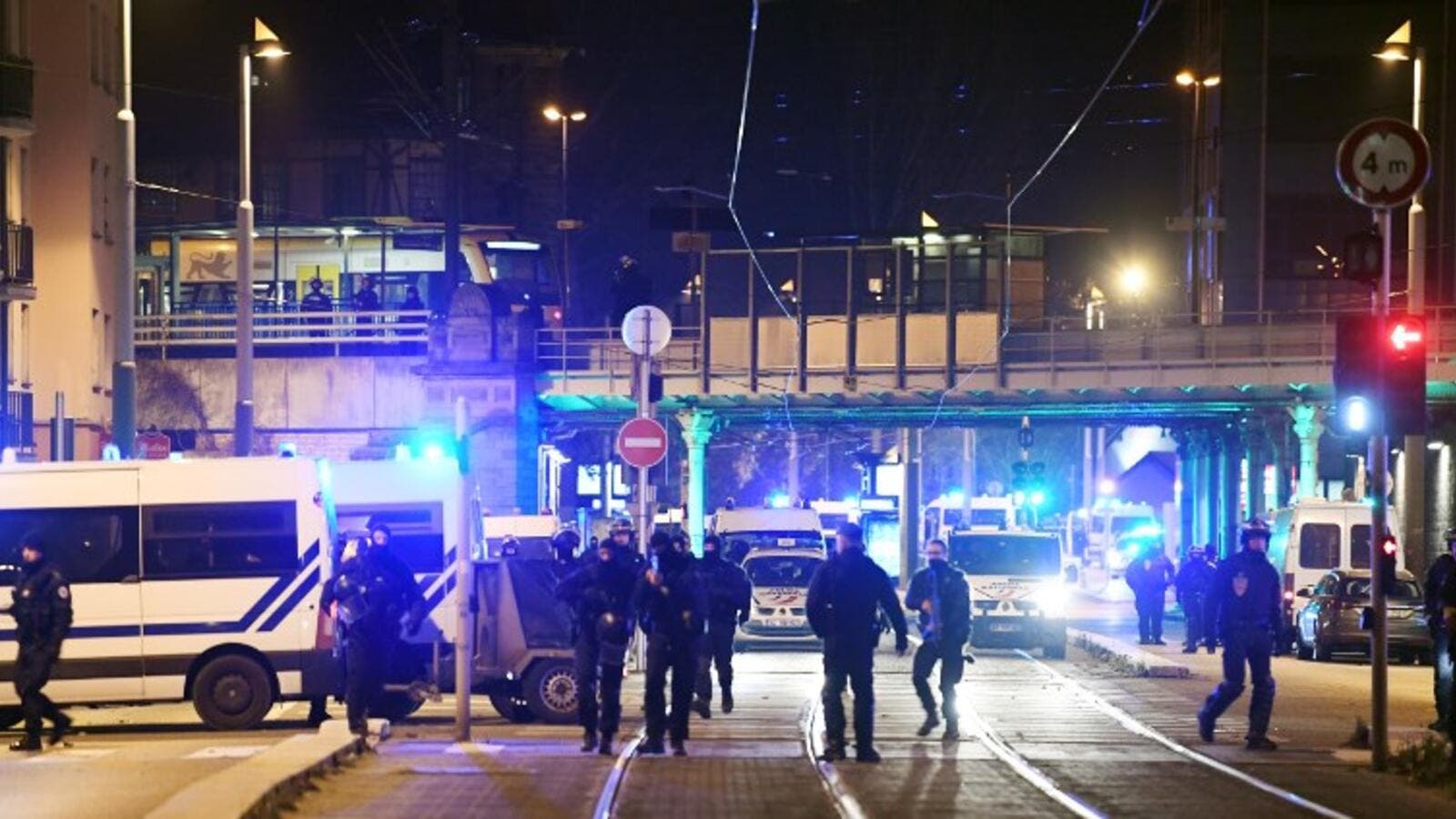 French police officers block the road near the site where Cherif Chekatt, the alleged gunman who had been on the run since allegedly killing three people at Strasbourg's popular Christmas market. (AFP)

Chekkat, 29, was killed during a police operation on Lazaret Street, according to reports.

On Tuesday, a gunman opened fire at a Christmas market in Place Kleber square before leaving the scene.

Police said security forces raided the suspect’s house but failed to find him.