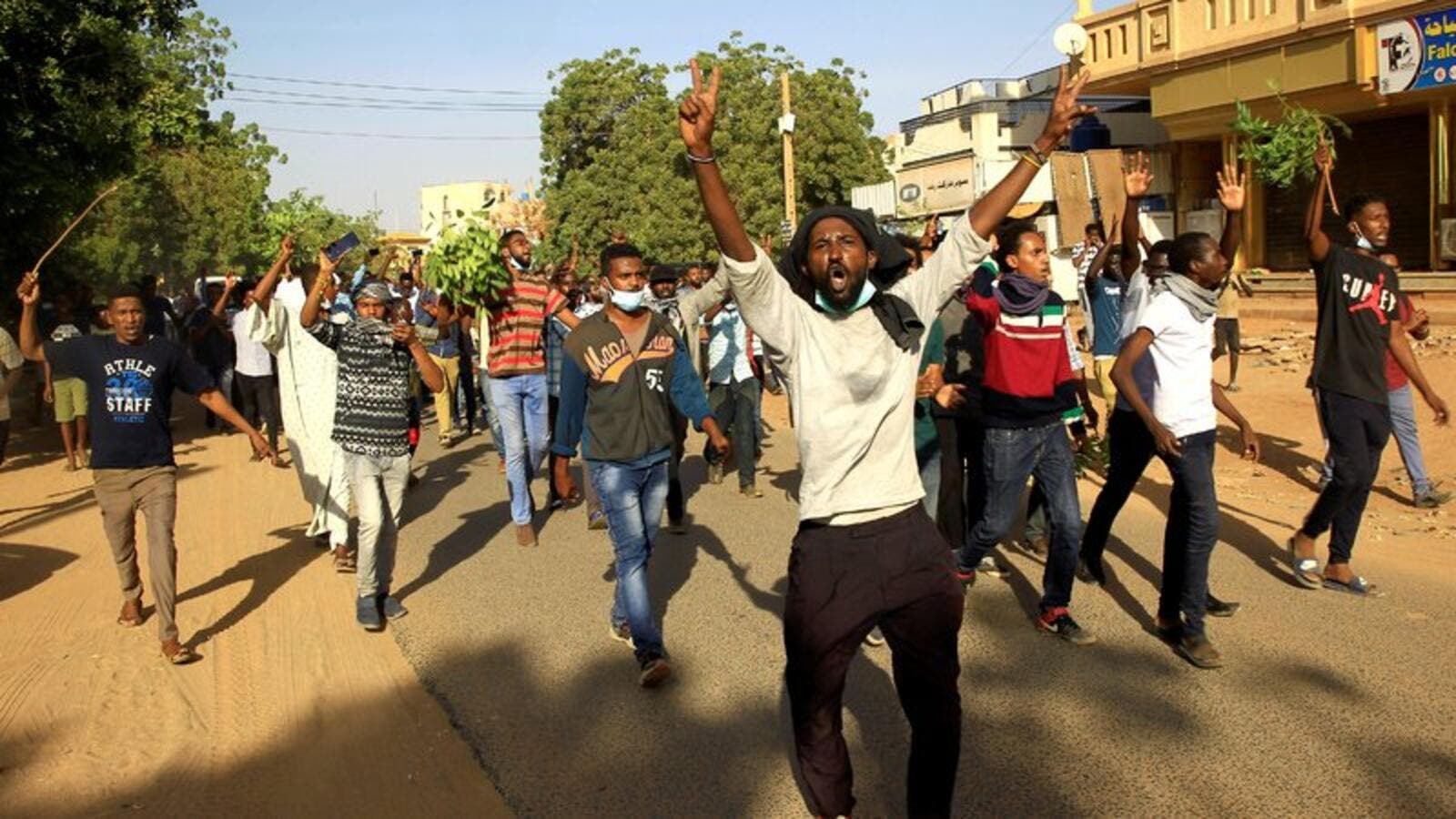 Protests in Sudan against Omar al-Bashir's regime enter their third month on Tuesday, but demonstrators remain defiant against claims by the ruling party that the protests are slowing down.

"We have to fight our battle if we have to secure our future and the future of our country," protester Omar Sulaiman told AFP.

"We will continue with our struggle because we deserve a better life," said protester Aaya Omer among demonstrators chanting "freedom, peace, justice".

"The protesters' resilience has been very impressive," said Murithi Mutiga of International Crisis Group (ICG). "The movement's momentum has remained and participation has grown geographically and across socio-economic classes."

Protesters range from teachers and doctors, who have demonstrated in hospitals, to farmers and unemployed young people. Only the conflict zones of Darfur, Blue Nile and South Kordofan, where the regime deploys large military and paramilitary forces, have not seen large-scale protests.

"The protests continued for a long time but the reality is that demonstrations have now slowed," claimed the spokesman of the ruling National Congress Party (NCP) Ibrahim al-Siddiq.

"This is because protesters lack popular support."

But resilient protesters and a stubborn regime have come to a stalemate, in which demonstrations continue but security forces crackdown hard, dispersing protesters with tear gas and arresting hundreds. A man died on Sunday due to inhaling tear gas.

Two women, a doctor and a women's rights activist, were assaulted by security forces and detained on Monday, according to Women Human Rights Defenders International Coalition. Activist Wifag al-Gorshi reportedly remains in detention.

Allegations of the torture of detainees have been rife.

Sudanese officials confirmed the death of a teacher in detention earlier this month. A doctor and an engineer in Wad Madani have been hospitalised for renal failure following torture in detention, claimed the Sudanese Doctors' Central Committee on Sunday.

While Sudanese say 31 people have died in protest-related violence since mid-December, Human Rights Watch claims at least 51 have been killed, including medics and children.

Protests against the Bashir regime erupted in mid-December in response to a government decision to withdraw bread surpluses. Sudan has witnessed a severe economic decline over the last decade due to corruption, war, soaring inflation and the secession of South Sudan.

The bread protests quickly spread across the country and took on a more broad political message - the end of Bashir's regime and the formation of a transitional government.

Bashir has insisted that the 2020 elections are the only route for the formation of a new government.

The Sudan Professionals Association (SPA), one of the protests' key organisers, has called on opposition groups to sign a "Document for Freedom and Change" which outlines a post-Bashir plan. It looks to reform Sudan's justice system and solve the economic decline.

"With more patience, the government will be able to find a political solution, and no external solutions will be imposed on Sudan," said Cyrial Sator, Senior Director for African Affairs of the US National Security Council, in a meeting with Assistant President Faisal Hassan Ibrahim Ali in Khartoun on Monday, reported al-Sharq al-Awsat.