Supporters of Wikileaks' Julian Assange Rally Outside His London Prison 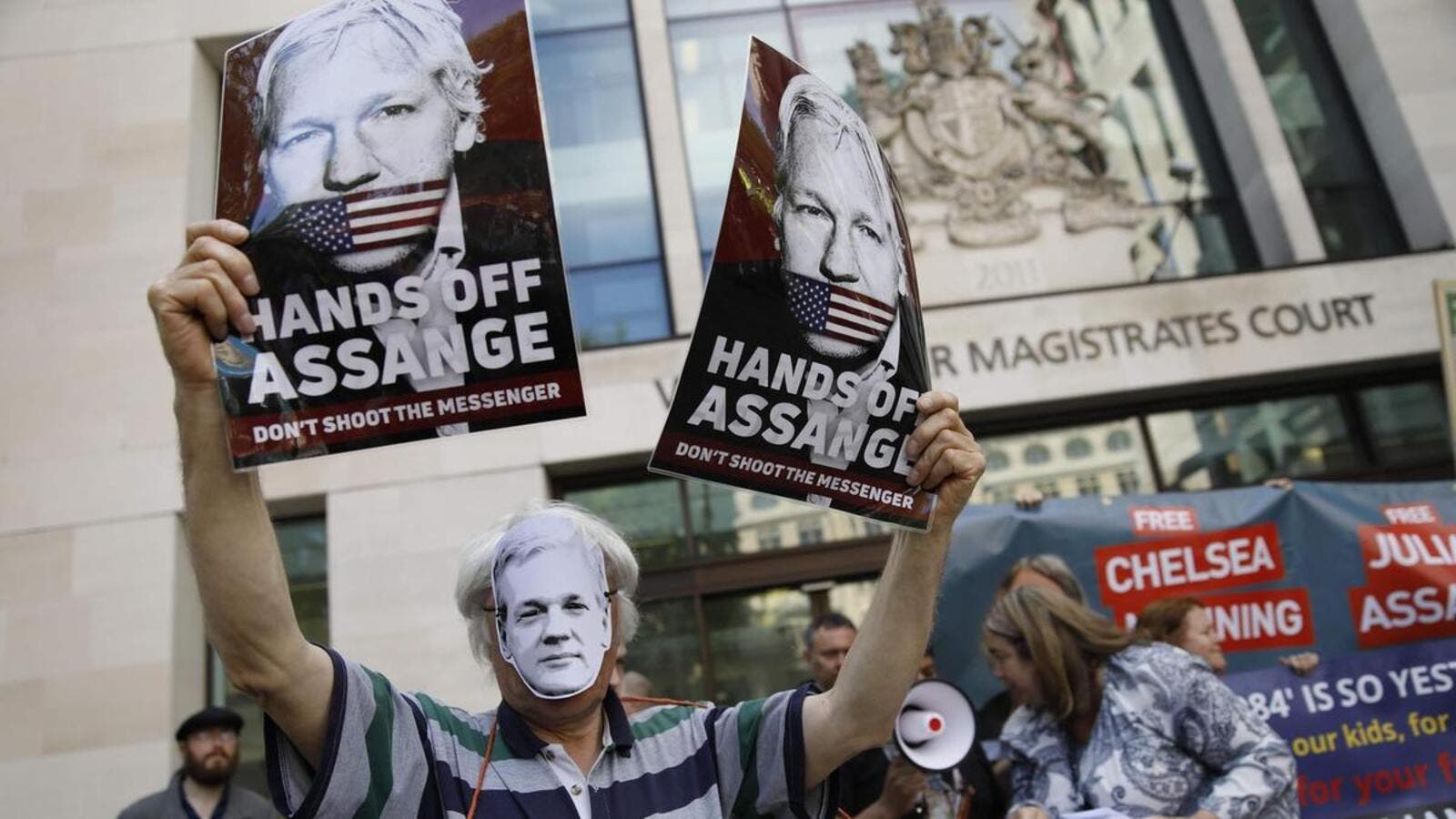 Supporters of WikiLeaks founder Julian Assange gathered outside Westminster Magistrates Court to support him. AFP
Highlights
The 48-year-old journalist was arrested in April.

Supporters of Wikileaks founder Julian Assange have braved the bone-chilling weather since the early hours of morning to assemble outside the high-security Belmarsh prison in southeast London. They have all gathered here calling for the freedom of a man they say speaks for all of them and is being punished for telling the truth.

The 48-year-old journalist was arrested in April last year after he was expelled from the Ecuadorian embassy, where he had sought asylum for seven years. He is facing extradition to the US on charges related to the leak of classified documents.

Today, there was a new development, a glimmer of hope. Assange was moved out of solitary confinement into the prison’s medical wing with other inmates. Wikileaks’ Joseph Farrell has described it as a huge victory for Assange’s legal team and campaigners. But concern for his health and his future is growing, and the latest video coming out of the prison has only confirmed these concerns.

Campaigners say Assange should not be in prison at all, that he is a publisher and a journalist whose only crime is journalism, that the powers that want him do so because he exposed their outrageous war crimes. And the likelihood of his extradition case being heard in a court adjoining Belmarsh has fueled concerns among them that Mr. Assange may not get a fair hearing.

The absence of the mainstream media channels is instantly evident. The 48-year-old Australian is detained in a country that, according to Reporters without Borders, is one of the worst environments for press freedom in Western Europe.

The US was catapulted into a worldwide diplomatic crisis after the whistle-blower website released 250,000 classified cables in 2010, among them one document showing Arab leaders privately urging the US for an airstrike on Iran. Ten years on, the man who had the courage to publish those leaks is still behind bars and facing an extradition hearing, which according to his supporters is a charade.