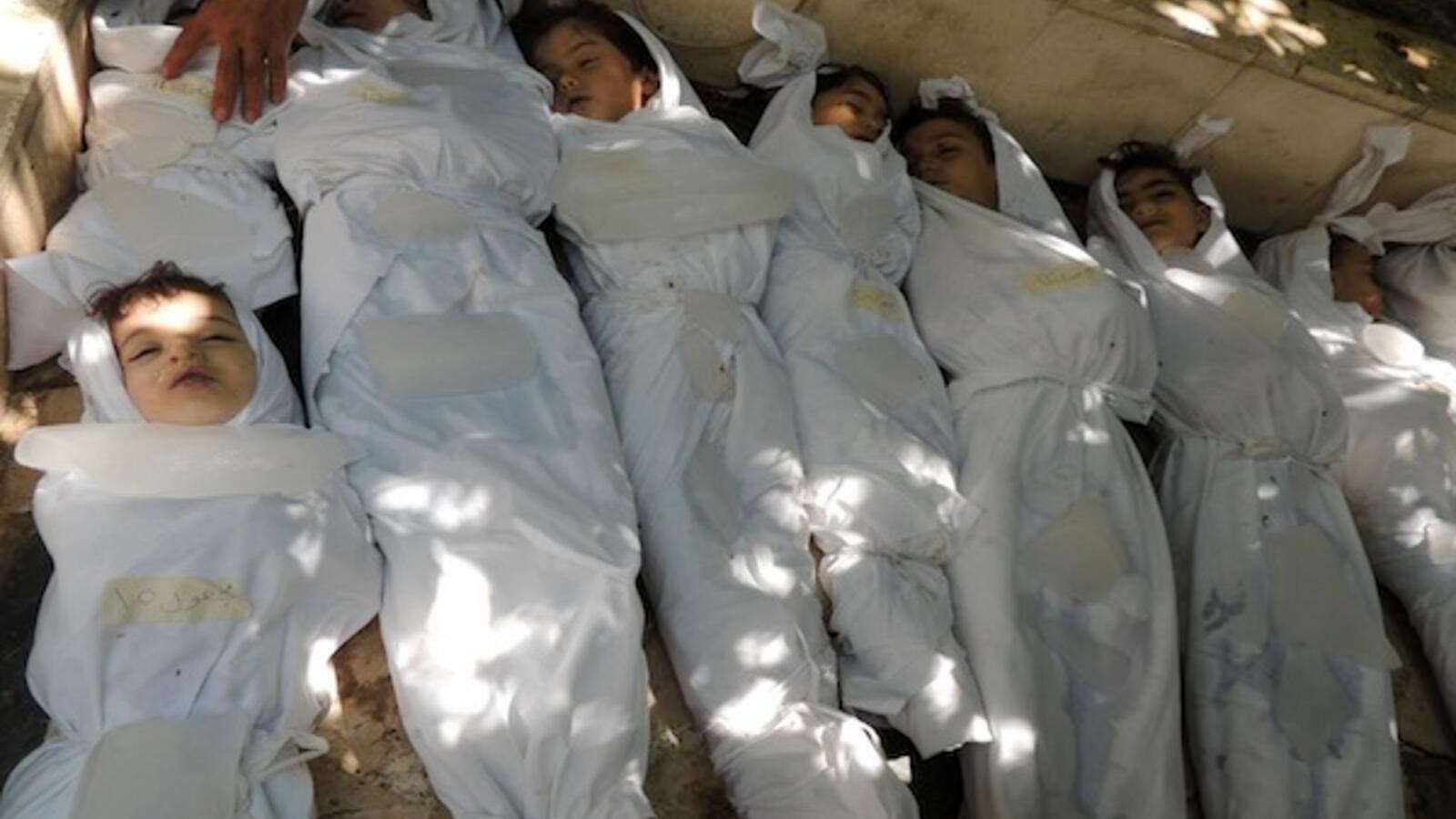 Damascus' Ghouta region that has been under regime siege for months, was also targeted in the August chemical attacks (File Archive/AFP)

Agence France-Presse reported Sunday that fighting between regime and rebel troops in Syria's capital has left more than 70 people dead.

The clash reportedly took place in Damascus' Eastern Ghouta region, a rebel stronghold area that has been under regime siege for months. According to the report, 28 fighters from Islamic State of Iraq and the Levant (ISIL) and the Al-Nusra Front were killed in the fighting. The Syrian Observatory for Human Rights also reported that 26 members from the Free Syrian Army, 18 regime soldiers, and five citizen journalists were left dead from the clash.

Eastern Ghouta was one of the areas targeted in the August 2013 chemical attack that world powers have blamed on President Bashar al-Assad's regime.

Iran is a key supporter of Assad's regime. Syrian opposition activists fear that the Iran deal will "embolden" the regime to pursue a more aggressive agenda against rebel and opposition groups accordingly.