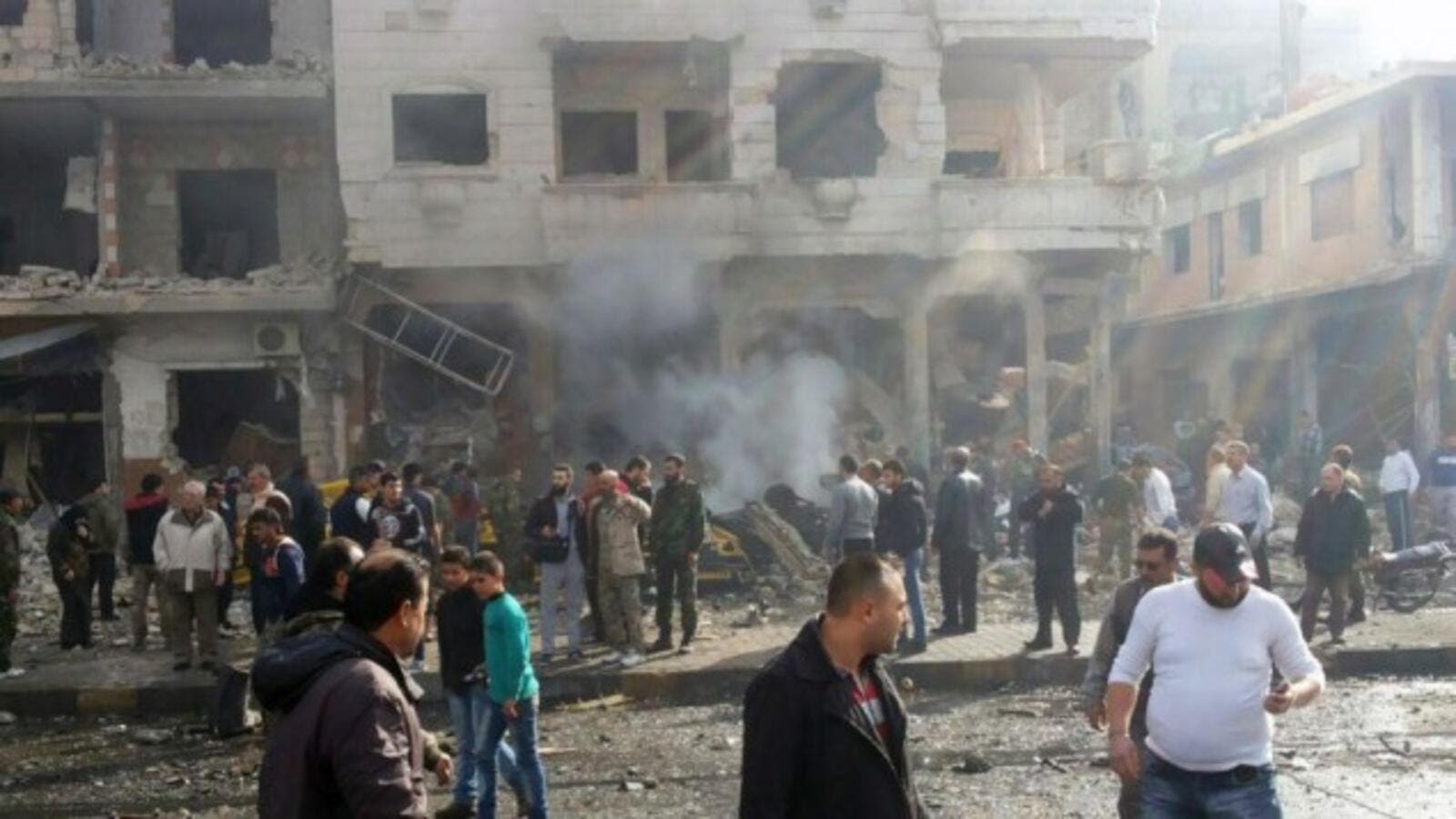 In this photo released by the Syrian official news agency SANA, residents gather at the scene where two blasts exploded in the pro-government neighborhood of Zahraa, in Homs province, Syria, Sunday, Feb. 21, 2016. (AFP/File)

The Syrian army has escalated the push to retake from militants a strategic area near Damascus where a spring supplies the city with much of its water.

Syrian Air Force fighter jets carried out a number of airstrikes against militant positions in the Wadi Barada Valley, located about 18 kilometers northwest of the capital, and artillery units shelled the area.

Local residents said Syrian military operations on Monday focused on Baseimeh Village at the edge of the valley. Army soldiers and allied fighters from popular defense groups launched a major offensive last Friday to recapture the village after rebels refused to surrender and leave the mountainous area near the Lebanese border.

The rebel militants earlier reportedly contaminated Damascus's drinking water supply with diesel. The water authority had to cut supply to Damascus and resort to using water reserves on Friday after extremists polluted the al-Fija spring in the Barada Valley.

Separately, a high-ranking militant with the Daesh group has been killed in an airstrike by the US-led coalition.

The strike targeted the city of al-Thawrah, also known as al-Tabqah, which lies approximately 55 kilometers west of the northern city of al-Raqqah, and killed a Kuwaiti national identified as Abu Jandal.

Also on Monday, Syrian military aircraft bombarded a Daesh supply line linking Aqirbat region in the western-central province of Hama to the ancient city of Palmyra.

Additionally, a number of rebel militants and their families fled the western flank of the liberated northern city of Aleppo toward the Turkish border.