COVID-19's situation has significantly worsened in Taiwan after few cases and deaths at the start of the pandemic despite the outbreak emerging Mainland China 100 miles away and easing worldwide. 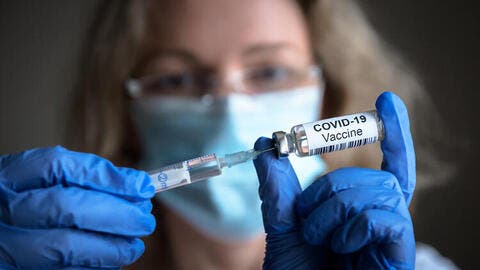 Moderna Applies for Emergency Use of COVID-19 Vaccine for Children

Taiwan, which is officially the Republic of China and a separate nation from the People's Republic of China, reported a record 44,361 cases Sunday. Taiwan, with a population of 23.6 million, has 357,271 infections though there were only 17,050 at the start of this year and 121 at the end of 2020.

"Or it may simply mean COVID is surging and you’re not interested in experiencing it."

Doctors with large platforms should be honest with the public. A surgical mask will not prevent you from contracting Covid-19. Taiwan and Japan are reporting tens of thousands of cases a day. https://t.co/sar81culMc

Those are confirmed cases with illness. Asymptomatic ones are reported separately in Mainland China.

COVID-19 deaths are at the lowest level since the pandemic began more than two years ago with cases the fewest in five months.

The World Health Organization estimates the world death toll is about 15 million with countries undercounting data. It's based on excess deaths, which is how many more people died than would normally be expected based on mortality in the same area before the pandemic.

"It's a staggering number and it's important for us to honor the lives that are lost, and we have to hold policymakers accountable," Dr. Samira Asma, from the WHO's data department, said last week. "It's a tragedy.

"If we don't count the dead, we will miss the opportunity to be better prepared for the next time."

Infections and fatalities decreased on every continent except both categories in Africa and Oceania.

A subvariant, BA.2.12.1, along with another version of Omicron, called BA.2.12, have led to a spike but illnesses are not as severe or even as deadly.

Starting Sunday in Taiwan, digital fences designed to block down those quarantined, will be loosened, while home quarantine orders are only for those live-in relatives and friends, the Central Epidemic Command Center announced Saturday.

In China, there were 144 deaths in the past week compared with 336 deaths the week before, the most since early in the pandemic in March 2020.

China, with the world's largest population of 1.5 billion, has used the same zero-Covid strategy since the start of the pandemic.

The bulk of China's cases are in Shanghai, which has been on lockdown in most parts in April, and Beijing, toward the end of the month.

"During lockdowns, residents only consume daily necessities, so consumption will inevitably slump, not to mention that price could easily triple during city-level lockdowns," Yue Su, principal economist at The Economist Intelligence Unit, told CNBC. "Lack of confidence in the private sector will drag investment and employment, which will take a much longer period of time to restore even if China introduces more stimulus."

In all, more than 11.7 billion COVID-19 vaccine doses have been administered worldwide, an increase of 200 million in a week with the world's population of 7.9 billion, according to Bloomberg tracking.

Broken down by world regions, the United States and Canada have administered at least one dose to 79% of the population, ahead of Latin America and Asia-Pacific at 78%, Europe at 69%, Middle East 56% and Africa at 21%, according to The New York Times tracking. None of these percentages changed in the past week.

Hong Kong has eased social distancing. On Thursday, residents were allowed to take off their masks when running or at country parks and outdoor sports venues. Also swimming pools, beaches and water playgrounds will be reopened.

India's deaths are at pandemic lows but cases have been spiking, also after minimal levels.

India, which has the second-highest population in the world at 1.4 billion, has a total of 542,024 deaths, including 22 Sunday. In the past week, there were 221 fatalities. Single deaths were reported last month with zero the last time March 24, 2020, with the record 6,148 last June when the Delta variant emerged there.

WHO's estimate of deaths puts India at 4.74 million directly or indirectly attributable to the pandemic.

Germany had the most cases in the world in the past week but dropped 12%.

Last week Britain reported the most deaths in Europe at 1,199, but a 23% decline, including 438 Thursday.

Russia is lagging the world in vaccinations with 55.4% of its population with at least one dose of a domestic-produced vaccine, including Sputnik 5.

Most European nations have dropped their restrictions.

North America
The United States and Mexico are in the top 10 for most deaths.

Two patients in their 70s had had three vaccine doses, but three others in their 20s, 50s, and 80s were unvaccinated amongst the five deaths.

Canada has the best one-shot vaccination rate of the three largest countries in North America at 87.1%. The United States is at 76.9% for one shot. Mexico's percentage is 67.2%.

Canada's last remaining COVID-19 emergency benefits expired Saturday. They included workers who won't be paid by the government should they need to self-isolate due to a positive test or if they had to leave work to care for a child due to sickness or pandemic-related school closures.

"From the onset of the pandemic, our relentless focus was on jobs -- on keeping Canadians employed and on keeping their employers afloat," Finance Minister Chrystia Freeland's press secretary Adrienne Vaupshas said in an email. "With our economy in this position, the time for extraordinary COVID support is now over."

On Monday, the CDC lowered Mexico down one level from "high" risk to "moderate." There are now three levels.

Peru has the world's highest death rate at 6,296 per million people, which is 900 more than second-place Bulgaria, and 20 Saturday.

Infections are high in Australia because of a high level of testing. "We're probably still doing it more so than anywhere else in the world," Dr. Catherine Bennett, the chairwoman in epidemiology at Deakin University, told The Guardian. "We still have free PCR testing. A lot of countries don't."

Australia, which no longer is in lockdown, has vaccinated 86.7% of its population with at least one dose.

In New Zealand, cases increased 2% with the nation of 5 million people reporting only a few hundred cases a day before the Omicron variant, including a record 216 at the time on Nov. 24. On Sunday, New Zealand reported 5,728 cases for a total of 989,946 with the record 24,106 March 2.

The nation added two deaths for a total of 810 with 68 at the start of March and an 84.3% vaccination rate.

The nation has been hit by the BA.5 subvariant of Omicron.

Africa
South Africa is reporting a surge as winter arrives with a 36% weekly increase one week after a 1% rise.

On Saturday, South Africa reported a positivity rate of 31.1%, which is the highest since 32.2% on Dec. 15 after the Omicron variant was reported on Nov. 24.

A United Nations Development Program official noted the fighting in Ukraine has added to problems in Africa.

UNDP's senior Africa economist Raymond Gilpin said in a news release there is "an unprecedented crisis for the continent with the ongoing effects of COVID ... newly felt effects of the Russia-Ukraine war and...climate-related challenges and pressures."

He added: "As the cost of fuel becomes more expensive, energy sources, energy prices, don't fall in African countries, we are going to see millions of households going back to unsustainable energy sources, and this in many fragile environments, in particular looking at places like the Sahel. 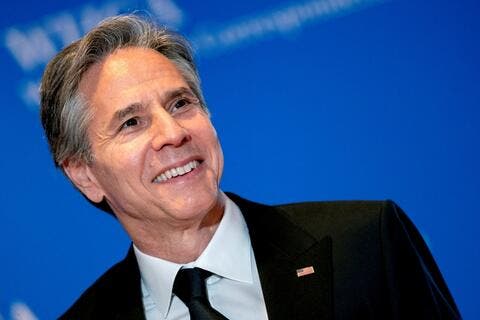 US Secretary of State Blinken Tests Positive for COVID-19

Sahel is between the Sahara to the north and the Sudanian savanna to the south.