Published October 28th, 2021 - 07:54 GMT
This file photo taken on January 30, 2018 shows Taiwanese soldiers staging an attack during an annual drill at a military base in the eastern city of Hualien. (Photo by Mandy CHENG / AFP)
Highlights
There are 32 members of the US troops currently in Taiwan

Taiwan's president has confirmed for the first time that American troops are on the island of Taiwan training the Taiwanese military - just days after President Joe Biden publicly confirmed he would defend the nation from China, should it come under attack. 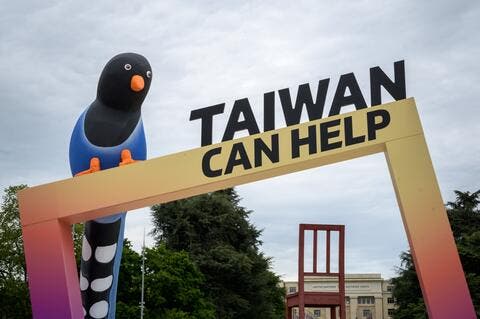 US Hails Taiwan's Re-entry to the United Nations

President Tsai Ing-wen explained how US soldiers were stationed on the self-governing island, explaining that Taiwan had a 'wide range of cooperation with the US aiming at increasing our defense capability.'

The training mission which consists of a special-operations unit and contingent of Marines is believed to have been in operation for at least a year.

Taiwan's President Tsai Ing-wen tells CNN the threat from China is increasing "every day," and confirms US troops are training military on the island https://t.co/4Dxkosikfo

For decades, the Pentagon maintained a large troop presence in Taiwan but the American Taiwan Defense Command was ended in 1979 as the United States began a formal diplomatic relationship with China. Washington continued to maintain unofficial ties with Taiwan.

Although there are said to be less than three dozen troops currently stationed on the island, the token gesture is significant and symbolic as it signals American presidential administrations will defend a democratic Taiwan and stand up to Chinese aggression.

Ing-wen's statement is the first time the country has officially confirmed their presence.

During the interview, Tsai said that she has 'faith' the United States would defend the island against a Chinese attack, as Beijing and Washington trade barbs over Taipei's place on the global stage.

The comments from Tsai came during a CNN interview after Biden rebuked Beijing over its actions near Taiwan at a virtual East Asia summit attended by China's premier.

Biden last week told a televised forum that the United States was ready to defend Taiwan from any Chinese invasion.

Those comments were quickly walked back by the White House amid warnings from Beijing, continuing a strategy of ambiguity on whether it would intervene militarily if China attacked.

China considers Taiwan, where nationalist forces fled in 1949 after losing a civil war to the communists, to be a province awaiting reunification, by force if necessary.

During the CNN interview, when asked if she was confident that the United States would help defend Taiwan if necessary against China, Tsai replied: 'I do have faith.'

She highlighted the 'wide range of cooperation with the US aiming at increasing our defense capability,' including the US military training of Taiwanese forces.

There are 32 members of the US military currently in Taiwan.

China is regularly setting records by flying numerous warplane flights near the island.

Tsai told CNN that despite China's aggressive posturing, she is willing to meet with Chinese President Xi Jinping in order to 'reduce misunderstanding' and address the differences in their political systems.

'We can sit down and talk about our differences, and try to make arrangements so that we will be able to co-exist peacefully,' she said.

At the East Asia summit, attended by Chinese Premier Li Keqiang, Biden said the United States was 'deeply concerned by China's coercive and proactive actions... across the Taiwan Strait.'

Under President Xi Jinping, who is also Communist Party leader and head of the armed forces, China has been stepping up military, diplomatic and economic pressure on Taiwan.

Over its National Day weekend at the beginning of the month, China sent a record 149 military aircraft southwest of Taiwan in strike group formations, prompting Taiwan to scramble aircraft and activate its air defense missile systems.

China has also recently held beach landing exercises on its side of the roughly 100-mile-wide Taiwan Strait, which, like the aircraft incursions, it described as a warning to Tsai Ing-wen's administration.

The United States switched diplomatic recognition in 1979 to Beijing.

But the US Congress at the same time approved the Taiwan Relations Act, which obligated the supply of weapons to the island for its self-defense.

The US does not openly contest China's claim to Taiwan, but is committed by law to ensure the island can defend itself and to treat all threats toward it as matters of grave concern.

US Secretary of State Antony Blinken on Tuesday reiterated that the United States still recognized only Beijing, but he emphasized Taiwan's democratic credentials in asking that it be allowed a greater involvement in UN agencies.

'Taiwan has become a democratic success story,' Blinken said. 'We are among the many UN member states who view Taiwan as a valued partner and trusted friend.'

Taiwan's president becomes first to confirm US troops ARE on the island https://t.co/zwYD5fnmTQ

'Taiwan's meaningful participation in the UN system is not a political issue, but a pragmatic one,' Blinken said.

'That is why we encourage all UN member states to join us in supporting Taiwan's robust, meaningful participation throughout the UN system and in the international community.'

Blinken pointed to Taiwan's exclusion from meetings associated with the International Civil Aviation Organization and the World Health Organization.

He noted that Taiwan was hailed for its 'world-class' response to Covid-19 -- which largely spared the island after early intervention -- and that tens of millions of passengers go through Taiwanese airports each year.

China responded to Blinken's statement with strident, albeit familiar, statements emphasizing its position that Taiwan's government had no place on the world's diplomatic stage.

'Taiwan has no right to join the United Nations,' Ma Xiaoguang, spokesman for the Taiwan Affairs Office in Beijing, told reporters.

'The United Nations is an international governmental organization composed of sovereign states... Taiwan is a part of China.'

Only 14 nations, all in the developing world, and the Vatican maintain diplomatic relations with Taiwan.

The tensions between the U.S. and China come as the Pentagon's top general said that China's recent test of an earth-circling hypersonic missile was akin to the Soviet Union's stunning launch of the world's first satellite, Sputnik, in 1957, which sparked the superpowers' space race.

Mark Milley, chairman of the Joint Chiefs of Staff, confirmed for the first time the Chinese test of a nuclear-capable missile that would be very difficult to defend against.

'What we saw was a very significant event of a test of a hypersonic weapon system. And it is very concerning,' Milley told Bloomberg TV.

'I don't know if it's quite a Sputnik moment, but I think it's very close to that,' he said.

'It's a very significant technological event that occurred... and it has all of our attention.'

The US Department of Defense had previously declined to confirm the test, first reported on October 16.

The August test launch appeared to catch Washington by surprise.

The missile circled the Earth at a low altitude and a velocity of more than five times the speed of sound, although it missed its target by more than 19 miles.

China denied the report, saying it was a routine test of a reusable space vehicle. 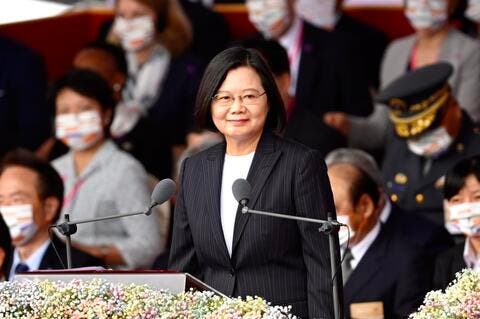 Hypersonics are the new frontier in missile technology, because they fly lower and so are harder to detect than ballistic missiles, can reach targets more quickly, and are maneuverable.

That makes them more dangerous, particularly if mounted with nuclear warheads.