Talk with Founder of the Yemeni Feminist Movement Alaa Al-Eryani

The Yemeni Feminist Movement was founded by Alaa Al-Eryani in 2013 as the first Yemeni feminist online platform. It was first created as a Facebook page which was then followed by Twitter and Instagram pages. In 2019, the Yemeni Feminist Movement Network, which gathers members from all around the world started. The movement site has been created to combine all of that and to also highlight voices and stories of Yemeni women.

Today we are honored to talk to Ms. Alaa Al-Eryani, the founder of this brave and very important act for Yemeni women, who do not only suffer from the war in Yemen but also the harsh reality of gender discrimination.

1. Dear Alaa, welcome to Al-Bawaba English portal. Can you first tell our readers a little bit about yourself? Your education, background and what inspired you to start the movement.

Thank you so much for having me on Al-Bawaba English portal.

I am a feminist activist from Yemen who is currently based in Canada. To those reading who don’t know what it’s like for women in a country like Yemen, let me briefly paint you a picture. Yemen has consistently ranked the lowest on the World Economic Forum’s Global Gender Gap Index since 2002. Women in Yemen are often discriminated against and looked at as inferior to men in this conservative and deeply patriarchal society. For example, the Yemeni law allows men to commit so-called “honor” crimes with light or no punishment. And there is also no law to protect women from violence or harassment. Despite all of that, there are a lot of Yemeni women who broke through all the barriers and succeeded against all odds.

I was inspired to start the Yemeni Feminist Movement platform in 2013 not only because of my frustration with the discrimination and violations that Yemeni women have to live with, but also because of my personal experience of being in an abusive marriage at a young age (17 years old) and not knowing that what I was going though was violence or abuse. This fueled my work on the Yemeni Feminist Movement online platform with a goal to raise awareness about equality, gender based violence, and Yemeni discriminatory laws, and also to promote stories of successful Yemeni women who made it amidst all the chaos.

Unfortunately, just a few months after launching it in 2013, I had received a lot of threats and bullying that pushed me to stop the Yemeni Feminist Movement until last year. In early 2019, I had been living in Canada for 4 years (since the conflict started), and I finally felt free and safe enough to follow through with my passion project. I have also noticed how I am currently receiving a lot more support than previously, which shows that there is already a lot of awareness in the younger generation.

My education background is in filmmaking, and my goal is to eventually combine both my activism and art, to fight for women’s rights. 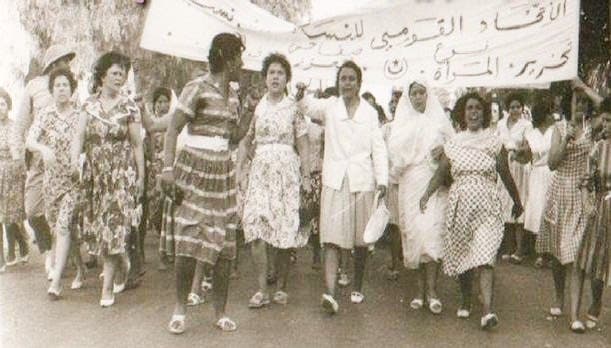 2. 1976, post colonialism, gave birth to better legislations that were not fully practiced. The General Union of Yemeni Women was launched.

The women's union provided literacy courses and vocational training, while in a broader sense setting an example for society that women can and "should be encouraged to participate fully and equally in society."

Fast forward, women were at the heart of protests, demanding and protesting for a better political life. Then in 2014, women represented more than one quarter of the participants in the National Dialogue Conference (NDC). Through that, women of Yemen achieved important agreements, including the 30% quota for women's political participation.

Where is NDC today? Is the movement a substitution for it? and is there any hope of any kind of official support for women’s rights in Yemen today?

The NDC was our only sign of hope that was destroyed too soon. The new proposed constitution under this conference recognized women as equal citizens, tackled some of the most discriminatory laws against women, and like you mentioned, granted them at least 30% quota in decision making positions. However, nothing was followed through and everything went downhill when the Houthi Rebels took power in late 2014, which resulted in an ongoing conflict ever since.

The Yemeni Feminist Movement is in no way a substitution to the NDC, nor is it really an official political coalition or group. It’s more of a volunteer-led social movement (at least for now), empowering women with information and encouraging them to speak up and stand up for themselves. I also like to think of it as a voice for young Yemeni women, talking about their struggles and also their success and achievements.

There are a number of amazing Yemeni women-led organizations working bravely to create political change for Yemeni women and to have women representation in peace talks and negotiations. It is definitely a challenging time, and I hope that we will see big changes some day.

3. During the NDC, many women delegates were publicly threatened for participating and were even physically attacked on the streets. To support the women and their movements, several women's human rights organizations, such as the Sisters Arab Forum for Human Rights, increased their efforts and encouraged women to continue participating and fighting for the issues they were passionate about.

How dangerous is it for Yemeni women to protest and lead campaigns online or on the street today? and do you still get support from other similar Arab and/or international organizations?

It is as dangerous today as it was during and before the NDC, if not more dangerous. There are a number of incidents where Yemeni women were arrested and beaten for peacefully protesting.  For example in 2018, 9 female students in Sanaa University were arrested and beaten when they protested over poverty and hunger. There are also a number of women activists who got detained for their work, such as Awfa Al-Naami a humanitarian and country manager of an international organization. A lot of Yemeni feminist activists use fake accounts online to lead campaigns because they are scared that something would happen to them if they reveal their identities.

We get a lot of words of support and encouragement from different organizations but we are not officially supported or sponsored by any organization at the moment.

4. History shows that women have played major roles in Yemeni society. Some women of pre-Islamic and early Islamic Yemen held elite status in society. The Queen of Sheba, for example, “is a source of pride for the Yemeni nation.”

How does the movement use such examples of leading women to inspire Yemeni young women today and enlighten them about their history and their rights?

We use our platform to raise awareness about our heritage specially about women Queens in Yemen’s history. Their stories are promoted on our sites as an example of success and proof that women are more than capable of leading nations and having positions of power and decision making.

5. Due to the ongoing armed conflict in Yemen since the end of March 2015, Yemen is undergoing a humanitarian  crisis worldwide. The conflict has brought numerous accusations of violations and abuses of international human rights law. The events have been brutal, and have had cruel consequences on all civilians, but especially on the lives of women and young girls. Due to the tension and chaos of the crisis, combined with the deep-rooted gender inequality, conditions for women and girls in Yemen are deteriorating as the conflict drags on. Women and girls have been left vulnerable to inhumane violence , physical and psychological abuse and exploitation.

48% of Yemeni Women are illiterate.

What would you say is the movement’s realistic plan to help women amidst all this horror?

The armed conflict really started in late 2014 when the Houthis took over the government in Sanaa. Then in March 2015, the western-backed military coalition led by Saudi Arabia intervened, turning this conflict into the world’s worst humanitarian crisis. And the situation of women became worse than it has ever been.

Our plan is really to continue empowering women and arming them with knowledge; about their rights, and what they deserve as full human beings. The sad part is that women’s rights are now being seen as a luxury, not a priority. Whenever we advocate for women’s rights, freedoms, sexual and reproductive health, or political participation, the reaction is always: “now is not the time for women,” or “Let’s focus on human rights first and we will focus on women’s rights later!” It is astonishing to me that a lot of people think of human rights as different from women’s rights; as if women aren’t humans.  And that really is the biggest problem and the root cause of all the other issues women face. Women being regarded as inferior and not as human as men are, is a very deep-rooted issue in society’s beliefs and values. And while a lot of wonderful organizations are doing great humanitarian relief work, our platform does long-term work that focuses on shifting mindsets and changing attitudes. 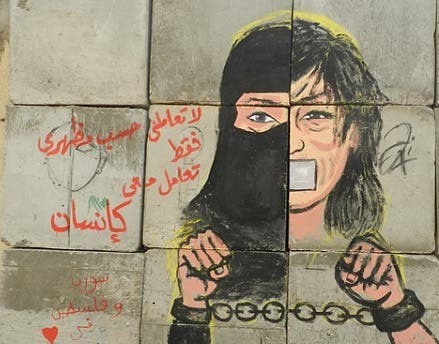 6. What is the number of the movement members? Male/female

Do you see a possible way to also raise awareness of Yemeni men to support women?

There are currently 150 members of the network with 95% being female. We also have thousands of followers across our social media sites which in a way are members of the movement too. Our followers are around 80% women and 20% men.

I definitely see a lot of ways to raise awareness of Yemeni men to support Yemeni women and there is a campaign we are currently working on that will be solely focusing on that. I think that there are a lot of Yemeni men who support equality but do not speak out loud because they will immediately be shamed for it. So, by encouraging more men to publicly speak about their support for women, we can hopefully change that narrative and encourage more men to change their mindset. 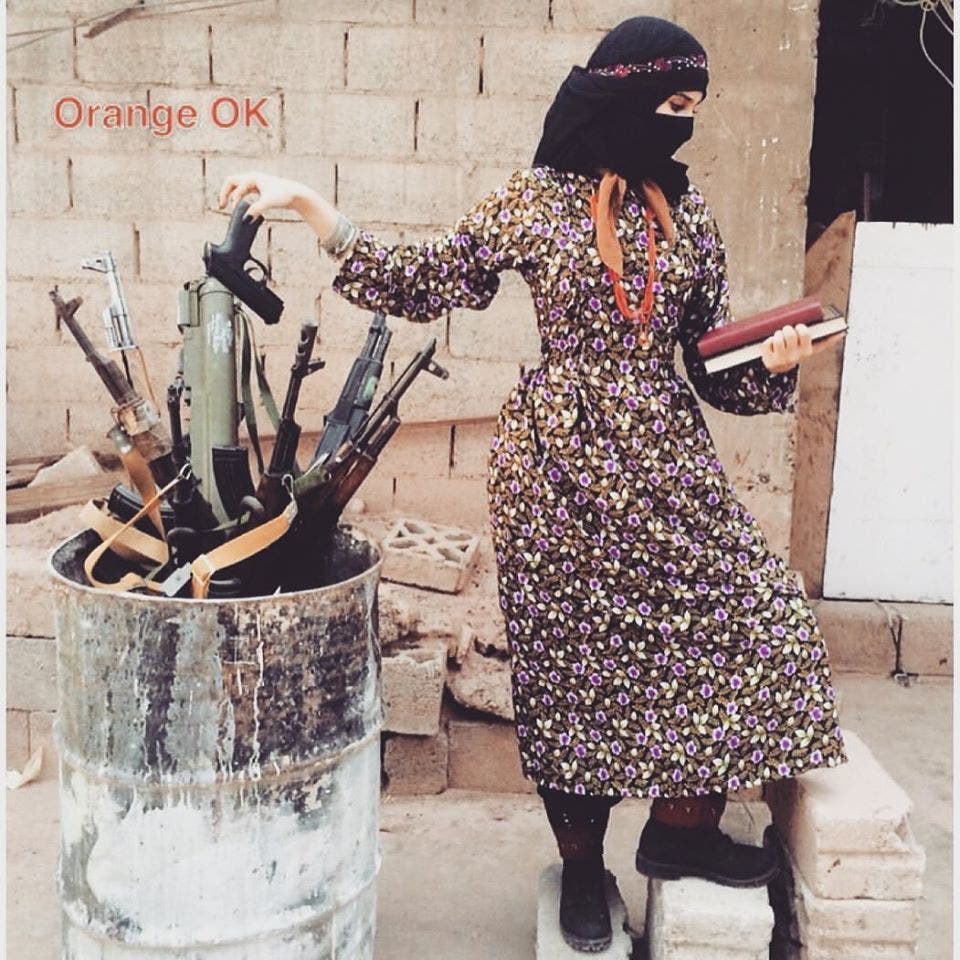 7. What are Alaa’s and the movement’s aspirations for 2020-2021? And do you think the war can be resolved in the next five years or so?

My aspirations for 2020-2021 for the movement is to highlight more stories of Yemeni women and continue empowering them. I wish to expand our work online, launch a podcast, and start serious work on combining my passion for filmmaking with my work at the Yemeni Feminist Movement.

Now in its sixth year, the ongoing war has already caused so much suffering and tragedies, not to mention the spread of diseases and epidemics because of the lack of basic services and a proper health system. With the current outbreak of COVID-19, our country will see more destruction and devastation. This is why the war needs to stop now more than ever. Yemen really has enough on its plate, and I’m not sure the people can take any more horror.

By talking about what is happening in Yemen. The crisis in Yemen is really forgotten, or rather ignored. Please read about what is happening, talk about it, post about it.  And if you can, donate to those organizations that are doing all the hard work in the field. If not, then please keep Yemen in your thoughts and prayers, for the chaos and tragedies that Yemen is going through.

9.  Any particular message you wish to send to the world from our portal?

Yemen is experiencing the world’s worst humanitarian crisis and the people are suffering immensely; especially women and children. Hundreds of thousands have been killed, millions displaced, malnourished, and in need of basic services. However, we are not seeing any efforts, specifically from Arab countries in the region, to pressure both sides of the conflict and convince them to ceasefire. I hope that we all come together for Yemen. Yemen really can’t wait.