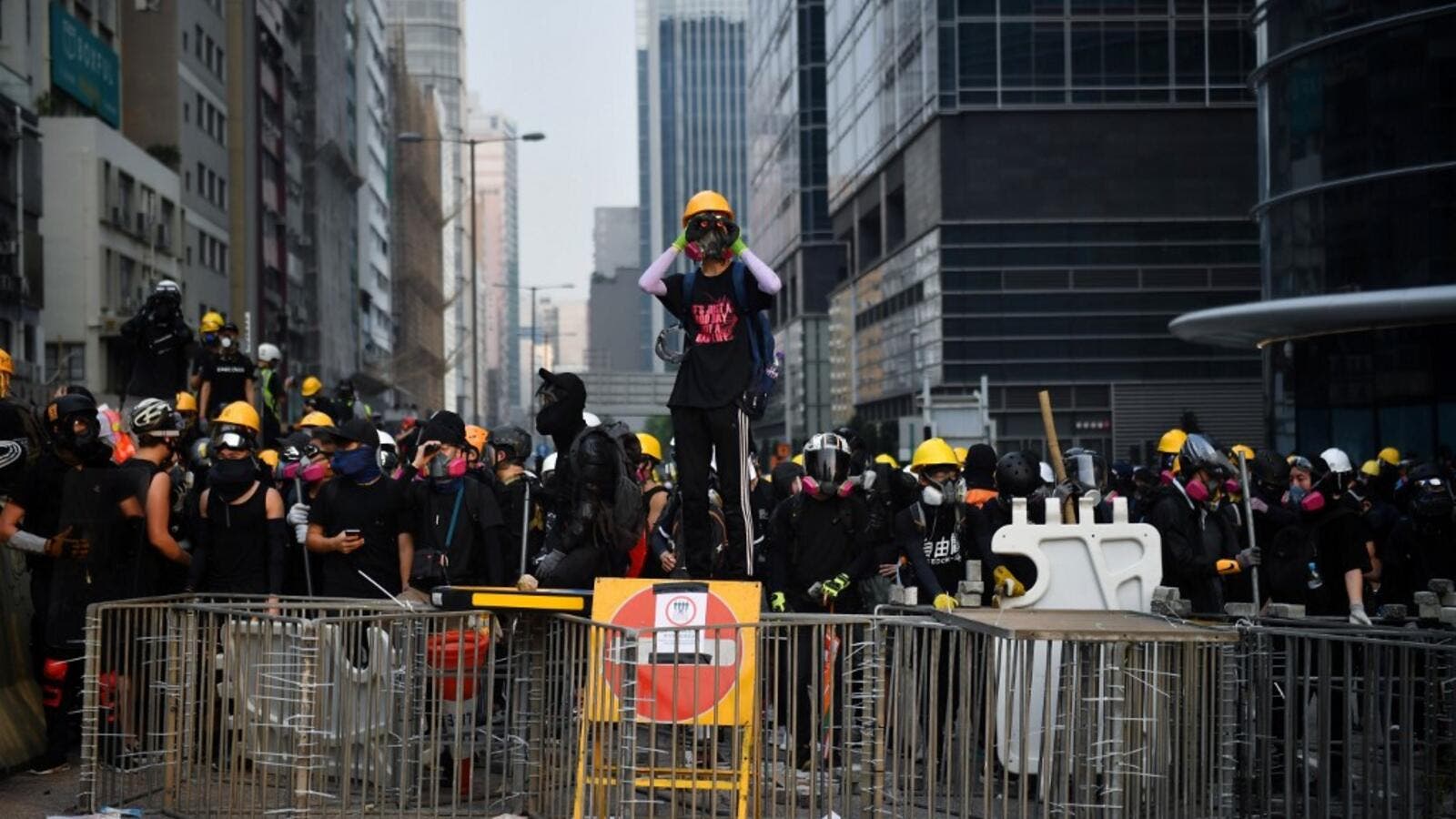 Riot police fired tear gas Saturday on thousands of protesters in Hong Kong and violence erupted, marking an end to a respite of calm.

The three months of protests initially erupted over a now suspended bill that would have allowed fugitives to be extradited to the mainland, which has a separate legal system.

Since then, it has become a pro-democracy movement, and they have added issue of the government's installation of "smart" lampposts to collect meteorological data, which has sparked privacy concerns.

Demonstrators in Kwun Tong district were attempting to tear down or dismantle the lampposts Saturday when riot police fired at them with pepper spray and tear gas. Police said tear gas was needed to disperse crowd as some protesters hurled stones and gasoline bombs at officers.

The tear gas marked the end to a 10-day respite of calm as an estimated 1.7 million people marched peacefully on Hong Kong's streets last weekend.

The protests have now entered their 12th consecutive weekend, and demand for flights to Hong Kong have decreased amid the protests, leading United Airlines to announce Saturday the suspension of non-stop flights between Chicago and Hong Kong. The airline announced a second flight daily from San Francisco.

Chief Executive of the Hong Kong Special Administrative Region Carrie Lam pointed out how protests have gone beyond initial outcry over the suspended bill in a Facebook post, and urged dialogue.

"The current dilemma is due to the fugitives' amendments. However the public's dissatisfaction may also be due to deep social contradictions in different areas such as politics, economy and people's livelihood," the Facebook post read. "While we are calling for a cessation of violence, we must also provide a way out for solving the deeper 'dead knot' of society.

"Dialogue is not a dialogue for dialogue, but a desire to find out the root causes and solutions of social dissatisfaction, and ultimately achieve change," Lam added.