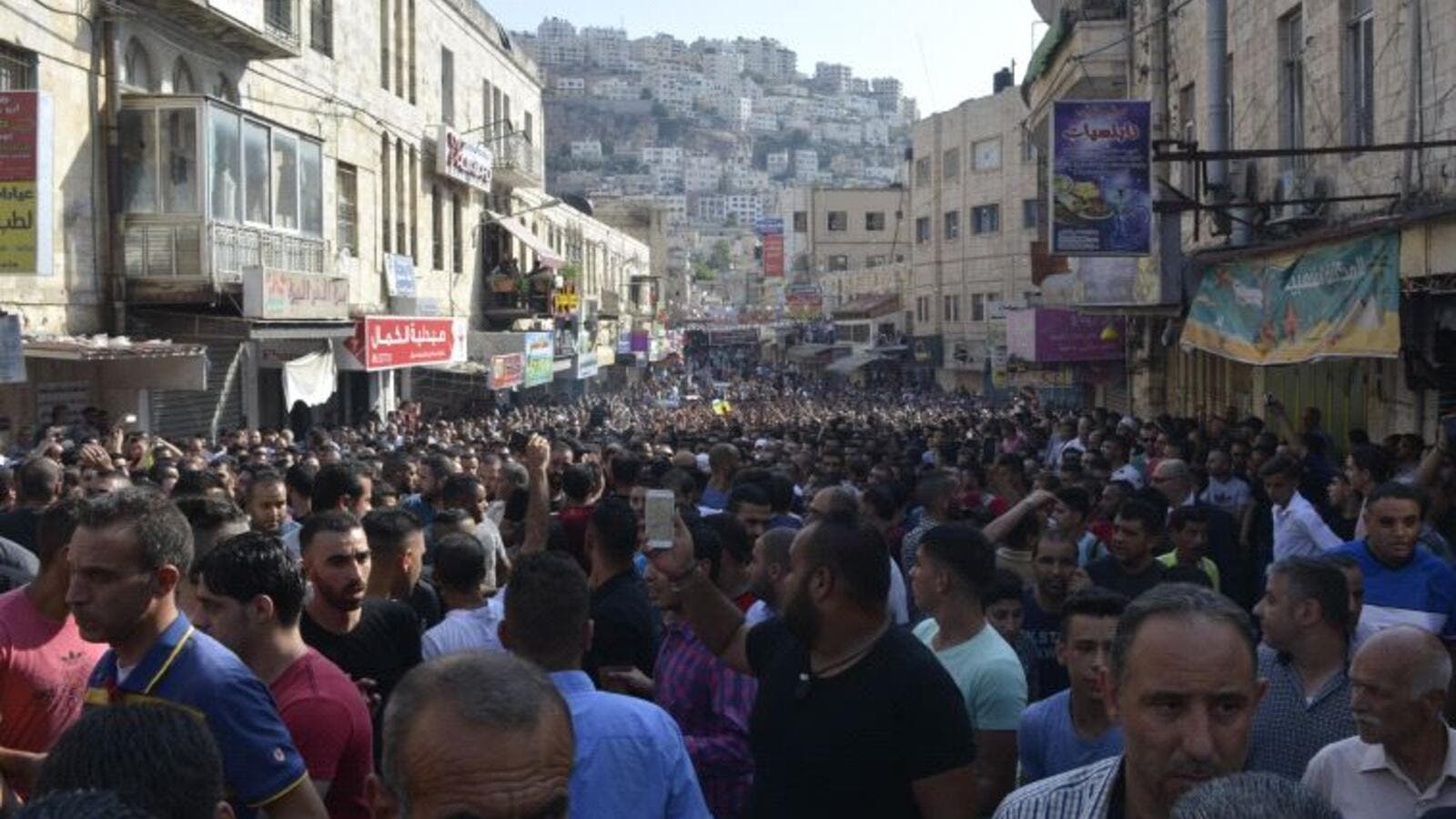 Thousands attended the funeral of Ahman Halaweh who was beaten to death by Palestinian security officers. (Twitter)

Thousands of Palestinians in the northern occupied West Bank city of Nablus on Sunday afternoon took part in a funeral for Ahmad Izz Halaweh, who was beaten to death in detention earlier this week by Palestinian security officers.

The funeral set off from the Rafidiya governmental hospital and headed to the eastern cemetery of Nablus amid maximum security procedures by Palestinian security forces.

Mourners in the funeral called for Nablus district Governor Akram Rujoub to resign from office and for those responsible for Halaweh’s brutal killing to be held accountable.

Mourners waves flags for the Fatah and Hamas movements and raised photos of Halaweh -- who was a senior member of the Fatah’s armed wing, the Al-Aqsa Martyrs’ Brigades.

Halaweh’s death sparked widespread outrage among Palestinians, with the UN coming forward to denounce the killing as an “apparent extrajudicial execution.”

He was the main suspect in a shooting by several gunmen last week which left two Palestinian policemen dead. Two other suspect were shot dead during raids in the ensuing manhunt, while several other were detained.

Palestinian Prime Minister Rami Hamdallah announced that a special committee would be formed to look into Halaweh’s death and publicly share the results of the investigation.

Hamdallah has meanwhile asserted the widespread security crackdown by security forces that had targeted Halaweh would continue, for which 30 other fugitives remained at large, and vowed to resignfrom office if the PA failed to arrest all wanted and armed Palestinians.