Published May 29th, 2021 - 08:26 GMT
People take part in an anti-government protest in Ljubljana on May 28, 2021. Jure Makovec / AFP
Highlights
Many participants wore face masks in line with pandemic rules. 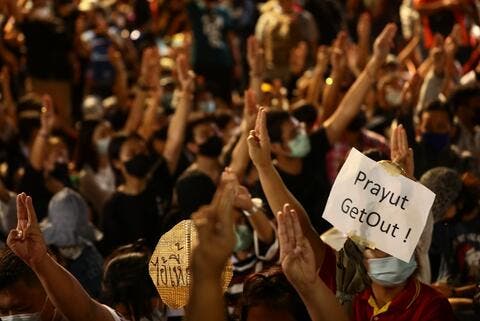 Some 20,000 people gathered at a central Ljubljana square to demand that the government step down and early elections be held. Several workers' unions and opposition parties joined the demonstration.

In pictures: Tens of thousands Slovenians protest in capital Ljubljana to demand resignation of conservative Prime Minister Janez Jansa in the biggest protest the country has seen in years pic.twitter.com/9a67cLHwZq

They claim that Jansa’s government has pressured Slovenian media and spurred hate speech, while mishandling the coronavirus crisis and curbing social dialogue in the traditionally moderate Alpine nation.

Jansa, a veteran politician who has served twice in the past as prime minister, has dismissed the accusations as a leftist conspiracy. Earlier this week, he survived an impeachment motion filed by the opposition in parliament.

The protesters on Friday shouted “Elections now," waving Slovenian and labor union flags and banners. One banner read “Death to Fascism, Freedom for all.”

Many participants wore face masks in line with pandemic rules.

Pija Zorman said she came to Ljubljana for the protest from Kranj, about 25 kilometres (15 miles) away. The 29-year-old said she joined the rally because of a "lack of perspective.”

“We, the young people, are ignored,” said Zorman.

Thousands rally in Slovenia against right-wing PM Janez Jansa, demanding his resignation weeks before the country takes over the EU’s rotating presidency https://t.co/6ZBulM7dU3 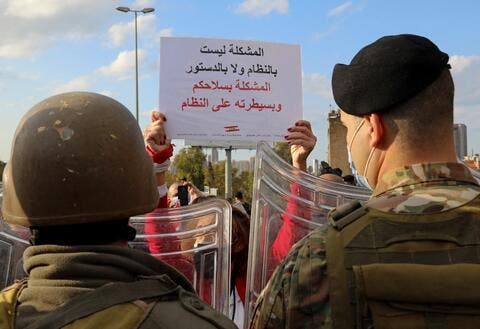 Slovenia is set to assume the presidency of the 27-member EU in July.

Jansa has come under EU scrutiny over allegations of media pressure in the country, including abolishing state funding for Slovenia's only news agency, the STA.