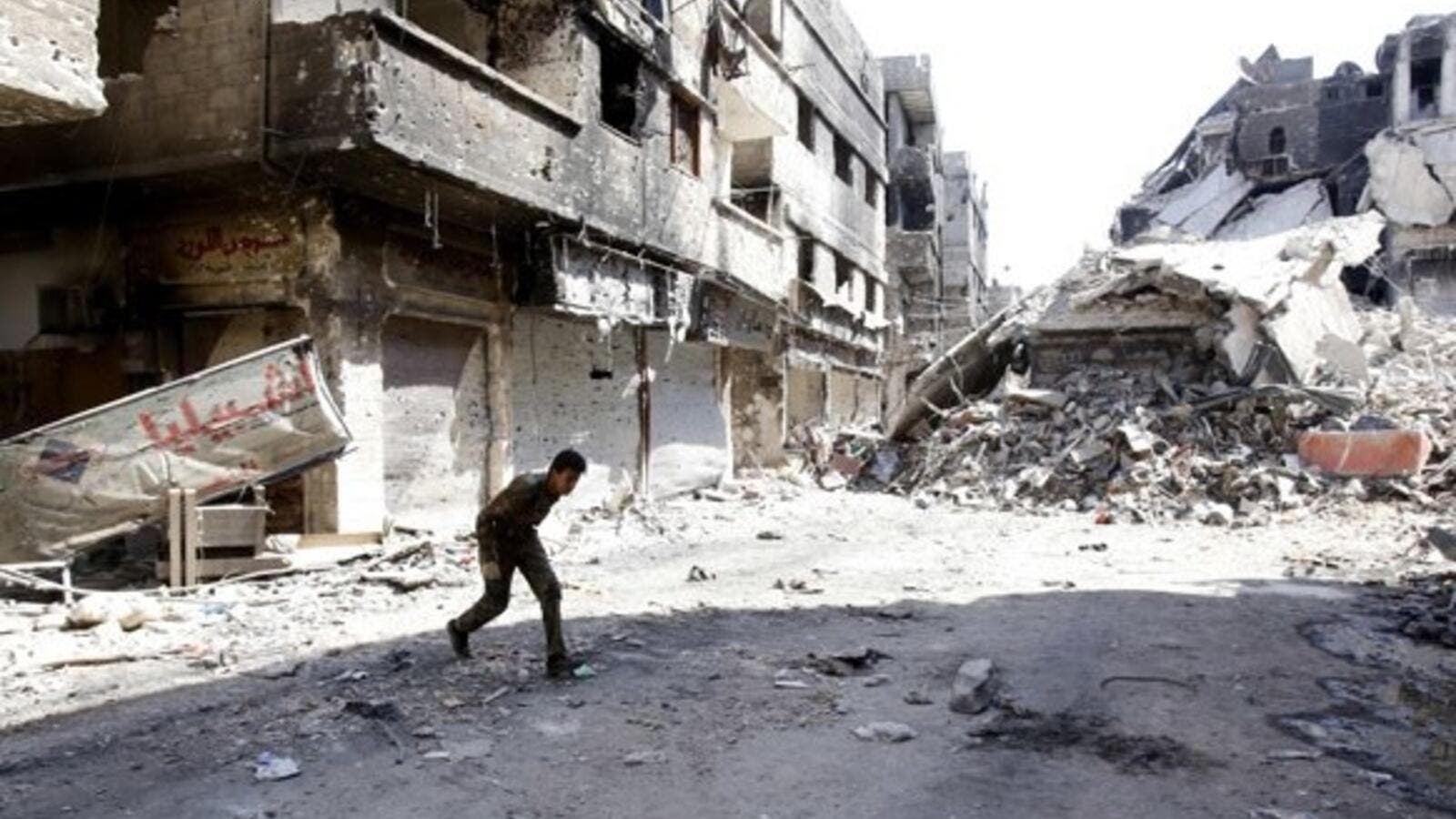 A street in Yarmouk refugee camp in the Syrian capital Damascus in 2013. (AFP

According to the Jafra Foundation, a relief organization operating in Palestinian refugee camps across Syria, the midnight airstrikes caused heavy damage to civilian houses and destroyed a building housing the foundation’s Child Friendly Space, a center devoted to providing psychological support, recreation, and risk and hygiene awareness to children.

Palestinian refugees residing inside the Damascus-area camp have been caught in the center of escalating violence between Syria regime forces and rebels, marked by devastating airstrikes from pro-government warplanes.

Khan al-Shih, once home to more than 30,000 civilians, has seen some 50 percent of its population displaced.

Due to a partial regime-imposed siege and its location between fighting parties, its residents -- including over 3,000 children and 1,000 elderly people -- suffer from dire humanitarian conditions and lack of medical services, according to the Jafra Foundation.

Khan al-Shih, in addition to the Yarmouk camp, are among areas of active conflict where tens of thousands of Palestinian refugees have been concentrated since the Syrian conflict began in the form of peaceful protests in March 2011 and quickly morphed into a civil war, since leaving more than 300,000 people dead and millions displaced.

Over half a million Palestinians lived across nine refugee camps in Syria prior to the war, the descendants of some of the 750,000 Palestinians expelled from their homes during the establishment of Israel in 1948.

Syria's civil war has seen many of these families displaced a second time, and around 50,000 Palestinians have fled the country -- the majority to Lebanon and more than 17,000 to Jordan.

According to UN documentation, some 450,000 of the 560,000 refugees registered in Syria remain in the country, 280,000 of them internally displaced. Ninety-five percent of the remaining Palestinian refugees in Syria are in need of sustained humanitarian assistance.