Published November 9th, 2021 - 07:40 GMT
Demonstrators hold signs against foreign interferences during a rally in Addis Ababa, Ethiopia, on November 7, 2021, in support of the national defense forces. (Photo by EDUARDO SOTERAS / AFP)
Highlights
'What is certain is that the risk of Ethiopia descending into a wider civil war is only too real,' says senior UN official

The ongoing conflict between Tigray rebels and Ethiopian government forces threatens to "consume" the future of the East African country, the UN warned on Monday. 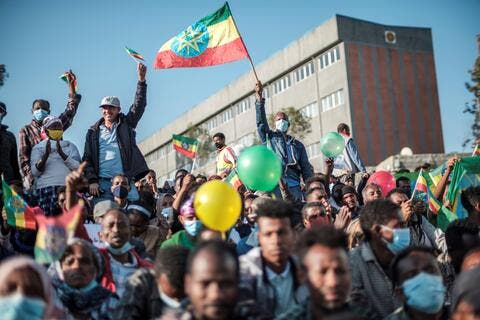 Rosemary DiCarlo, the UN's top official for political and peacebuilding affairs, told the Security Council that the year-long conflict has reached "disastrous proportions" as rebels led by the Tigray People's Liberation Front (TPLF) close in on the capital of Addis Ababa.

"The fighting places the future of the country, and its people, as well as the stability of the wider Horn of Africa region, in grave uncertainty," she said.

It has been one year since the devastating #Tigray conflict started. These are our 10 main calls as the conflict enters its second year. pic.twitter.com/yHfArzyK7G

"No one can predict what continued fighting and insecurity will bring, but let me be clear, what is certain is that the risk of Ethiopia descending into a wider civil war is only too real. That would bring about a humanitarian catastrophe and consume the future of such an important country," she added.

Over 7 million people are in need of humanitarian aid in northern Ethiopia alone, with 400,000 living in famine-like conditions there, according to UN estimates. Alleviating the humanitarian crisis has been hindered by "an ill ability to move cash, fuel and supplies into the region," according to DiCarlo.

“Let us recall that this expanding crisis is happening in a country that was already grappling with enormous humanitarian challenges, including local conflicts, flooding, drought and infectious disease outbreaks. While needs are most acute in the north, across Ethiopia as a whole more than 20 million people are estimated to need some form of humanitarian support," she said.

The TPLF has joined forces with at least eight other groups, including the Oromo Liberation Army, to form the United Front of Ethiopian Federalist Forces in a bid to remove Ethiopian Prime Minister Abiy Ahmed from power. 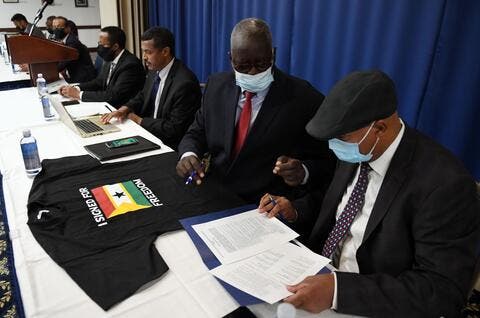 Ethiopia declared a state of emergency last week as TPLF rebels made military gains against government forces, closing to within 200 miles of the capital.

A joint UN-Ethiopia probe released this week said it discovered evidence of unlawful or extrajudicial killings and executions, torture, and widespread arbitrary detentions, abductions and enforced disappearances by both sides. Michelle Bachelet, the UN's human rights chief, further said "big numbers of violations" are linked to Ethiopian forces and their allies from Eritrea.