Eighteen people died and more than 20 were injured on Saturday when a 10-story building collapsed in eastern Cairo.

Egypt was already stricken with grief after a train collision on Friday in which at least 19 people were killed.

Civil defense workers rushed to the scene of Saturday’s building collapse in the Gesr Suez district near Heliopolis. As they searched the rubble, there were fears that the death toll could rise. 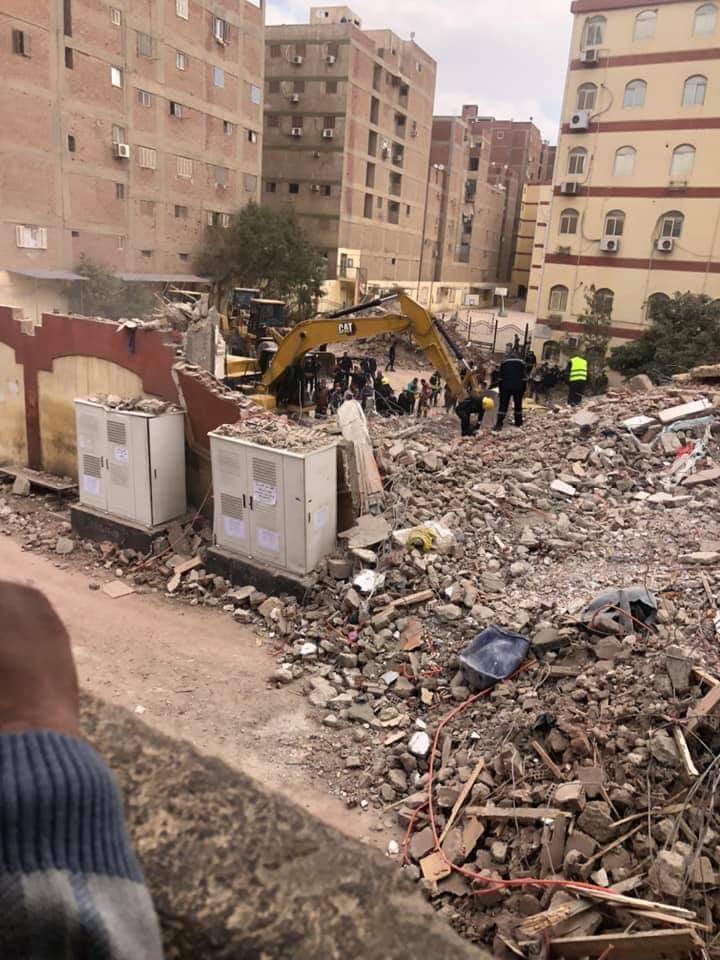 Cairo’s governor, Khaled Abdel Aal, visited the scene and ordered the creation of a special engineering team to inspect surrounding buildings and evaluate the impact.

Meanwhile, funerals took place on Saturday for the victims of Friday’s collision between two trains in the Tahta district of southern Sohag province.

Health Minister Hala Zayed said the initial death toll of 32 had been revised down to 19, and the number of injured had risen from 165 to 185.

Surveillance camera footage of the accident showed a speeding train barreling into another as it rolled slowly down the tracks, sending the rear carriage of the second train hurtling into the air in a cloud of dust.

At the scene of the disaster, engineers worked overnight to remove five dislocated and damaged carriages. By morning the crash area was cleared of twisted metal and debris, and rail traffic had resumed.

Survivors and witnesses gave horrific accounts of the crash. “We were at the mosque when a child came and told us,” one man said. “We heard the collision, so we rushed there and found the carnage.”

The first ambulances to reach the scene arrived about half an hour after the crash, he said. “There were children who removed debris using wooden ladders.”

Kamel Nagi, 20, a soldier, was on the Cairo-bound train after enjoying a few days of leave.

“Our train suddenly stopped and a quarter of an hour later, the second arrived and struck us,” said Nagi, who suffered several broken bones.

“I saw it coming, screamed, then found myself on the ground in great pain,” he said from his hospital bed.

Prosecutors have begun an investigation into the crash, which the rail authority blamed on passengers who “activated emergency brakes” on one train.

The train crews and a signalman will have to undergo drug testing and their mobile phones have been seized by authorities to examine their call logs.