Trudeau: UK is Having a Third Wave of Covid-19

Canadian prime minister Justin Trudeau has baselessly claimed that Britain is facing a 'very serious third wave' of coronavirus cases despite his own country suffering with the pandemic, having recently overtaken the US for the first time on virus cases per capita. 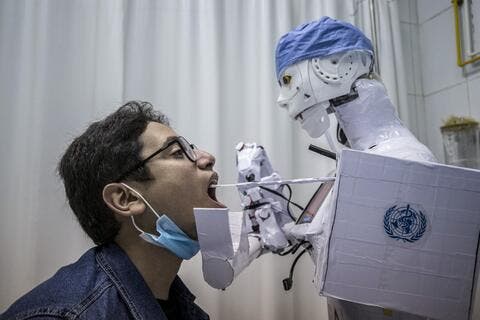 Sisi Warns of a Third Coronavirus Wave in Egypt

Cases in the North American country, which was praised by pundits for its early response to the coronavirus outbreak, recently hit 207.3 per million people, according to data from Johns Hopkins University - exceeding even the staggering 206.7 per million recorded in the US.

CANADA: Prime Minister Trudeau answers criticism from Conservative MPs: "vaccinations on their own are not enough to keep us safe." pic.twitter.com/RPxXQWCRq5

On Monday, Canada recorded a record 10,859 new cases compared to 2,491 cases on the same day in the UK - a resurgence which infectious disease experts blame on 'pandemic fatigue', the early lifting of lockdown curbs and the appearance of more transmissible variants.

While Britain roars ahead with its hugely successful vaccine rollout, with more than 32 million people having already received a first dose and now being offered the jab to over-45s in England, Canada has inoculated just a fifth of its population against the virus.

The Canadian government even suspended the use of the AstraZeneca vaccine in under-55s amid frenzied concerns it could cause blood clots in young people, and especially women - despite the claims of EU regulators that the shot does not cause the rare phenomenon.

Amid growing pandemic fatigue, hundreds of protesters in Montreal chanting 'Freedom for the young' clashed with riot police as they smashed windows and set bins alight during a demo against a draconian curfew extended and expanded by local authorities.

Yet despite this, Mr Trudeau claimed during a Question Time in the Canadian House of Commons on Wednesday that Britain was 'facing a very serious third wave' of Covid-19 cases - despite no evidence yet showing that the country is on the cusp of another outbreak.

Dismissing the efficacy of vaccines, the Canadia premier said restrictions such as mask mandates and social distancing would help reduce cases and deaths, in an echo of Boris Johnson's claims yesterday that lockdowns saved lives - and urged MPs to 'engage in the right kind of behaviour'.

'I think it's really important that we work from facts and understanding of the science around things,' Mr Trudeau said. 'We know for example that the UK is ahead of just about everybody else on vaccination and yet they maintain very strong restrictions and are facing a very serious third wave.

'Vaccinations on their own are not enough to keep us safe. We need to engage in the right kinds of behaviours, do things that the conservatives aren't always good at like wearing 'masks, keeping distances and obeying public health rules.'

Neighbouring Europe has been swept up by a third wave of cases, prompting national governments to lock-down their economies and impose restrictions on movement. Though Mr Johnson has warned the third wave of cases in Europe could wash up onto British shores, he has so far insisted that the outbreak will not jeopardise the UK's 'roadmap' out of lockdown.

Commenting on Canadia's pandemic situation, Dr Eddy Fan of Toronto's University Health Network said 'things are, unfortunately, extremely challenging' and warned how patients are getting sicker faster than during the first two waves and heading to intensive care within 48 hours.

'Patients coming to the hospital, and certainly in the intensive care unit, now are younger,' he told the Times. 'Many of them have been previously quite healthy.

'In my ICU we've seen some 20-year-olds, and certainly 30, 40, 50-year-olds. It's a shift in the demographic downwards towards younger patients.'

Opposition MPs have criticised the Canadian government for its sluggish vaccine rollout, with New Democrats leader Jagmeet Singh claiming: 'Canada is on fire. It's not good enough to sit on the sidelines.'

In Ontario and British Columbia, which have seen record numbers of cases in recent days, local authorities are struggling to suppress the so-called Kent and Brazilian variants respectively which have taken root.

Infectious disease experts claim the surge in cases has coincided with warmer weather and lockdown fatigue. Just this week, hundreds of protestors in Montreal chanted 'Freedom for the young' and smashed windows in defiance of a new coronavirus curfew.

Riot police fired tear gas in a bid to control the crowd that had allegedly gathered on Sunday to protest Quebec premier Francois Legault's decision to roll the city-wide curfew back from 9:30pm to 8 pm. The move, previously replicated in other Covid-19 hot spots across the province, took effect in Montreal and nearby Laval on Sunday.

The protest began calmly, with a mostly young crowd dancing to music from loudspeakers while lighting fireworks and chanting, 'freedom for the young' - and quickly turned violent as garbage fires were lit in Jacques Cartier Square.

Marwah Rizqy, a Liberal member of the provincial legislature that represents a Montreal riding, condemned the protesters as they threw glass, destroyed city infrastructure and ran from police.

Quebec had reported 1,535 new cases on Sunday, as well as five additional deaths linked to the virus - while hospitalisations jumped by 25 to 608, with 139 patients in intensive care.

Health Minister Christian Dube tweeted that the numbers had given cause for concern, given that 58 per cent of new cases involve people under the age of 40. 'While vaccination accelerates, we must continue to adhere to the measures if we want to defeat this pandemic,' Mr Dube said. 'Let's show solidarity.'

Mr Legault said last week that he was imposing the curfew in Montreal and Laval despite a relatively stable case count due to the heavy presence of more contagious variants.

Residents in those regions who leave their homes between 8 pm and 5 am without a good reason could face fines of over $1,000. 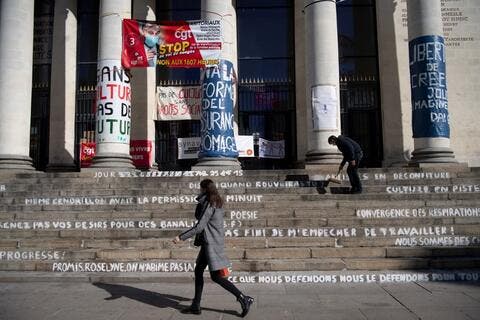 Will Europe's Third Wave be The Worst?

The government also closed schools and non-essential businesses in those areas, and Legault announced Thursday that the measures would be extended until at least April 18.

The province also gave 59,447 doses of vaccine on Saturday, and has currently given a shot to just over 22 per cent of the population.

PwC: 56 Percent of ME Family Businesses Suffer from Plummeting Sales