Trump Arrives in Riyadh to Shore Up Ties With Saudi Arabia 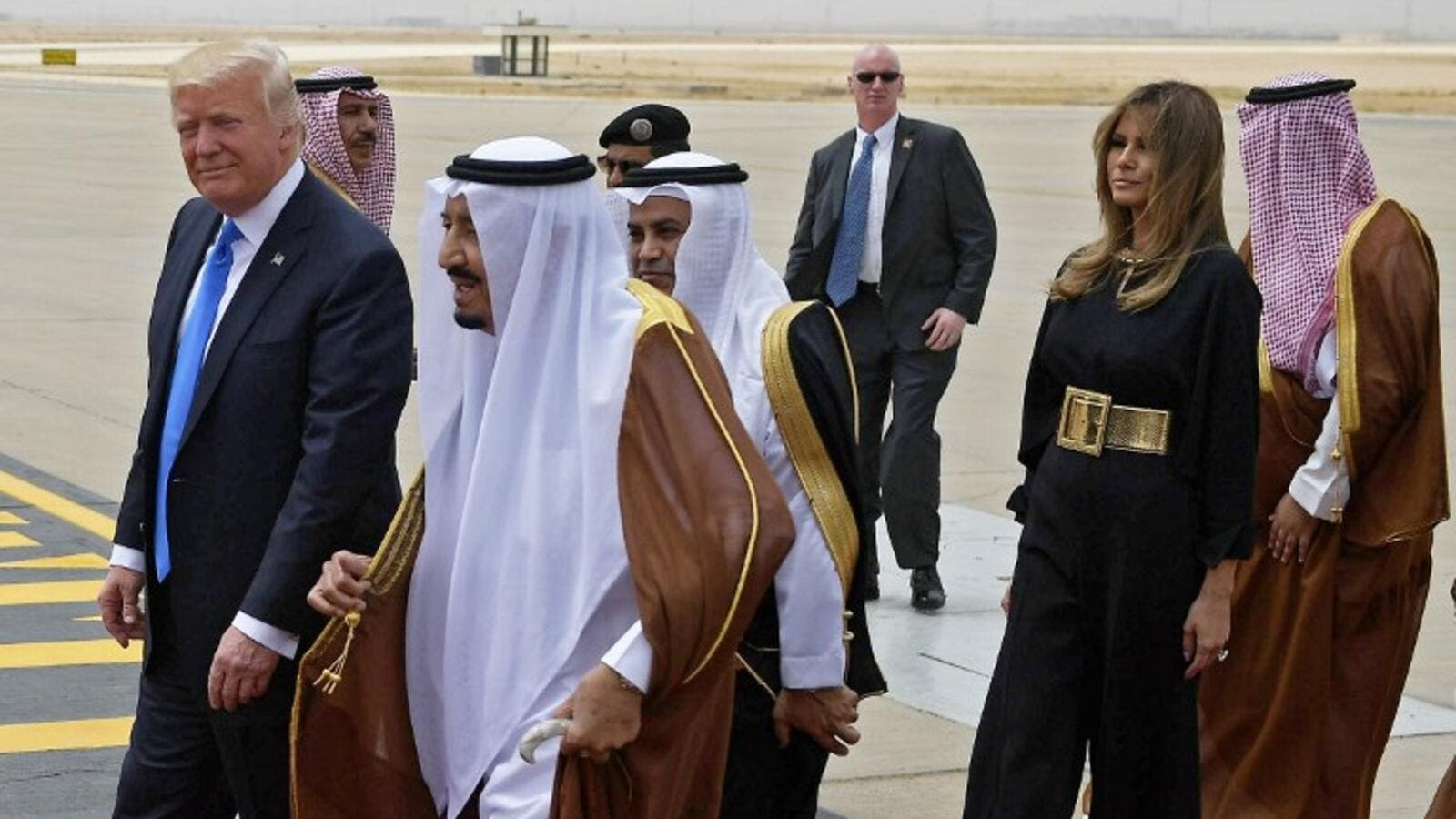 US President Donald Trump and First Lady Melania arrived in Riyadh on Saturday on a historic visit to the Kingdom, where Trump met with the Saudi King Salman bin Abdulaziz.

The president’s bilateral talks with King Salman are expected to revive a new page of historic and strategic relations between the two countries.

Trump is also expected to meet with Saudi officials with an aim to enhance historic relations and will participate in a signing ceremony of several agreements that will further solidify US-Saudi security and economic cooperation.

The US President will attend a summit with leaders of Gulf Cooperation Council to enhance strategic ties between the US and GCC states. During the summit, both sides would discuss several initiatives on armament, the confrontation of terrorism, in addition to security and economic issues.

On Sunday, Trump will meet with Arab and Islamic leaders to renew US commitment to the security of its allies in the region and the world and to tackle means to confront terrorism and international extremism.

The summit on Sunday will also focus on issues linked to security and stability, and will reaffirm the need to cooperate in defeating terrorism worldwide.

For his part, Saudi Foreign Minister Adel Al-Jubeir affirmed on Friday that the first foreign visit of Trump to the Kingdom and his participation in the first Arab-Islamic-US Summit indicates joint work to defuse tensions in the region and clarify the human values which include justice, equality and peace among peoples.

Trump made Saudi Arabia his initial stop Saturday on his first official trip overseas, before visiting Israel and the Vatican.

Ahead of arriving in Saudi Arabia, Trump said: “Our task is not to dictate to others how to live, but to build a coalition of friends and partners who share the goal of fighting terrorism and bringing safety, opportunity and stability to the war-ravaged Middle East.”