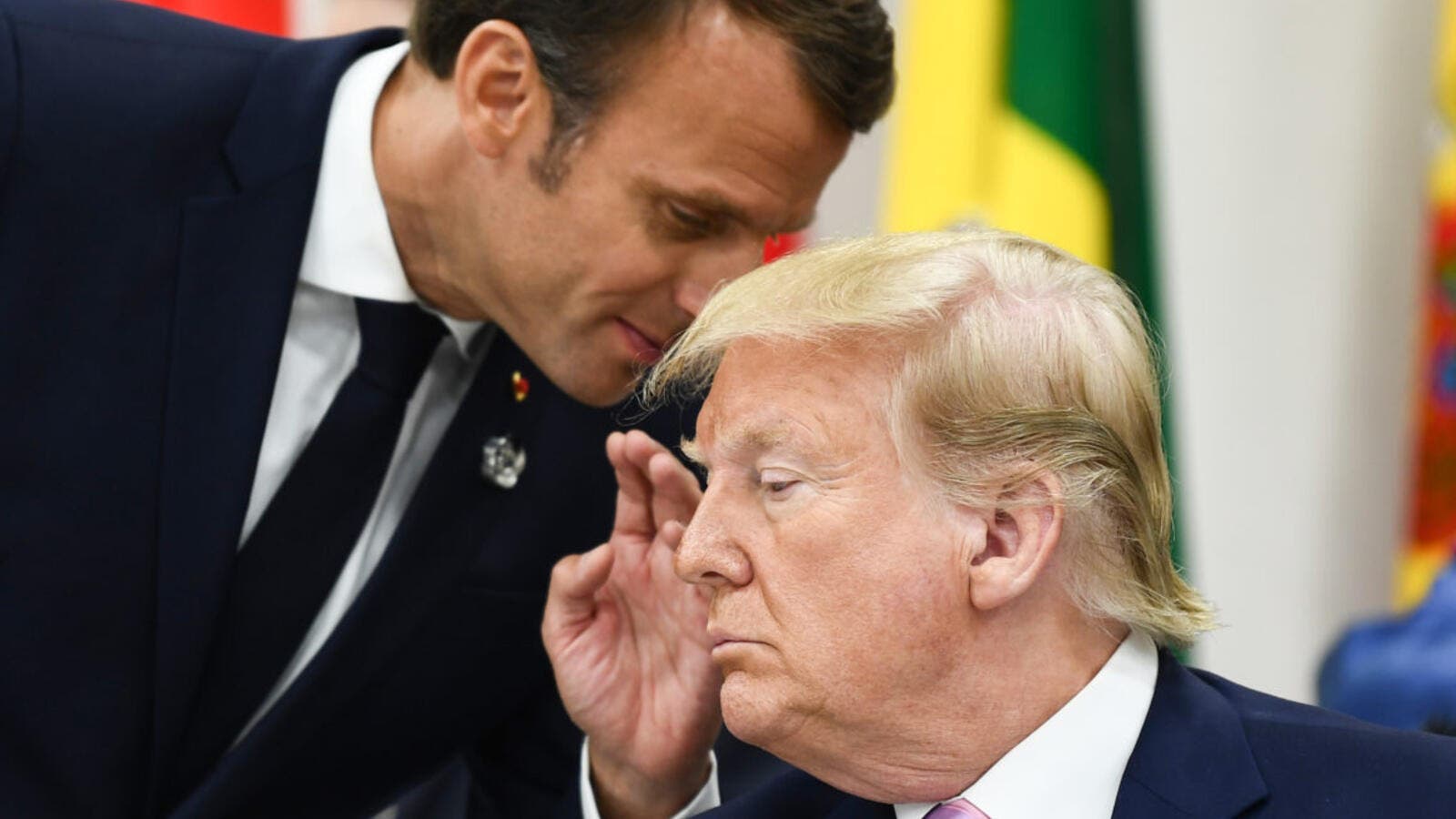 President Trump reportedly slammed Canadian Prime Minister Justin Trudeau and branded French President Emmanuel Macron as 'short' and 'a pain in the ass', following a video of world leaders gossiping about him at a NATO reception.

The president was said to have made the remarks to more than a dozen United Nations ambassadors in a closed-doors meeting at the White House earlier this month.

On two occasions he raised the viral video of Trudeau and Macron talking to British Prime Minister Boris Johnson and Dutch Prime Minister Mark Rutte, appearing to mock the US president at a NATO reception in Buckingham Palace on December 3.

Three sources at the meeting allegedly referred to Macron as 'short' and criticized him for not doing enough in recent Iran negotiations, according to The Daily Beast.

He repeatedly denigrated the Canadian prime minister behind his back and called the French president a 'pain in the ass' while referring to him as 'short', a source who was said to be present in the room told the outlet.

Trump's comments made some of the ambassadors in the room 'visibly uncomfortable', the source reportedly said.

Later during the White House meeting during a lunch with the ambassadors, Trump again allegedly trashed Trudeau and Macron in a lengthy rant.

The US president's ramble was said to have lasted several minutes and was enough to derail an ongoing conversation about NATO countries contributing more money to security - an issue Trump has repeatedly raised.

In the video from earlier this month Trudeau was recorded without realizing he was being filmed, appearing to mock Trump's lengthily press conferences.

He could be heard saying, 'he [Macron] was late because he [Trump] takes a 40-minute press conference off the top'.

Trudeau then said: 'You just watched his team's jaws drop to the floor.'

Trump was not mentioned by name in the video but since it emerged the US president has made a number of personal attacks Trudeau and Macron.

After watching the viral clip, Trump tweeted that he would leave the summit without holding a scheduled press conference, bringing an acrimonious end to the military alliance's 70th anniversary gathering.

Since the video was made public, all three leaders, Johnson, Macron and Trudeau all moved to defuse the situation.

The President wrote: 'When today's meetings are over, I will be heading back to Washington. We won't be doing a press conference at the close of NATO because we did so many over the past two days.'

He then blasted Trudeau as 'two-faced' over Canada's payment towards NATO.

On his return to Washington, Trump lamented the 'Fake News Media' and its coverage of the NATO summit, claiming he was being relentlessly 'mocked' despite his belief the trip was a resounding success.

Donald Trump Jnr even took a swipe at the Canadian prime minister on Twitter by posting the now-infamous picture of Trudeau wearing blackface and repeating the 'two-faced' jibe.

Macron raged that the video was 'stolen' as cameras should not have been rolling in that room.

Boris Johnson pleaded ignorance saying it was 'complete nonsense. I don't know where that has come from'.

Trudeau insisted they were not ridiculing the president but merely expressing surprise he chose to announce details of an upcoming G7 summit.