Trump Says Jews Disloyal if They Vote for Democrats 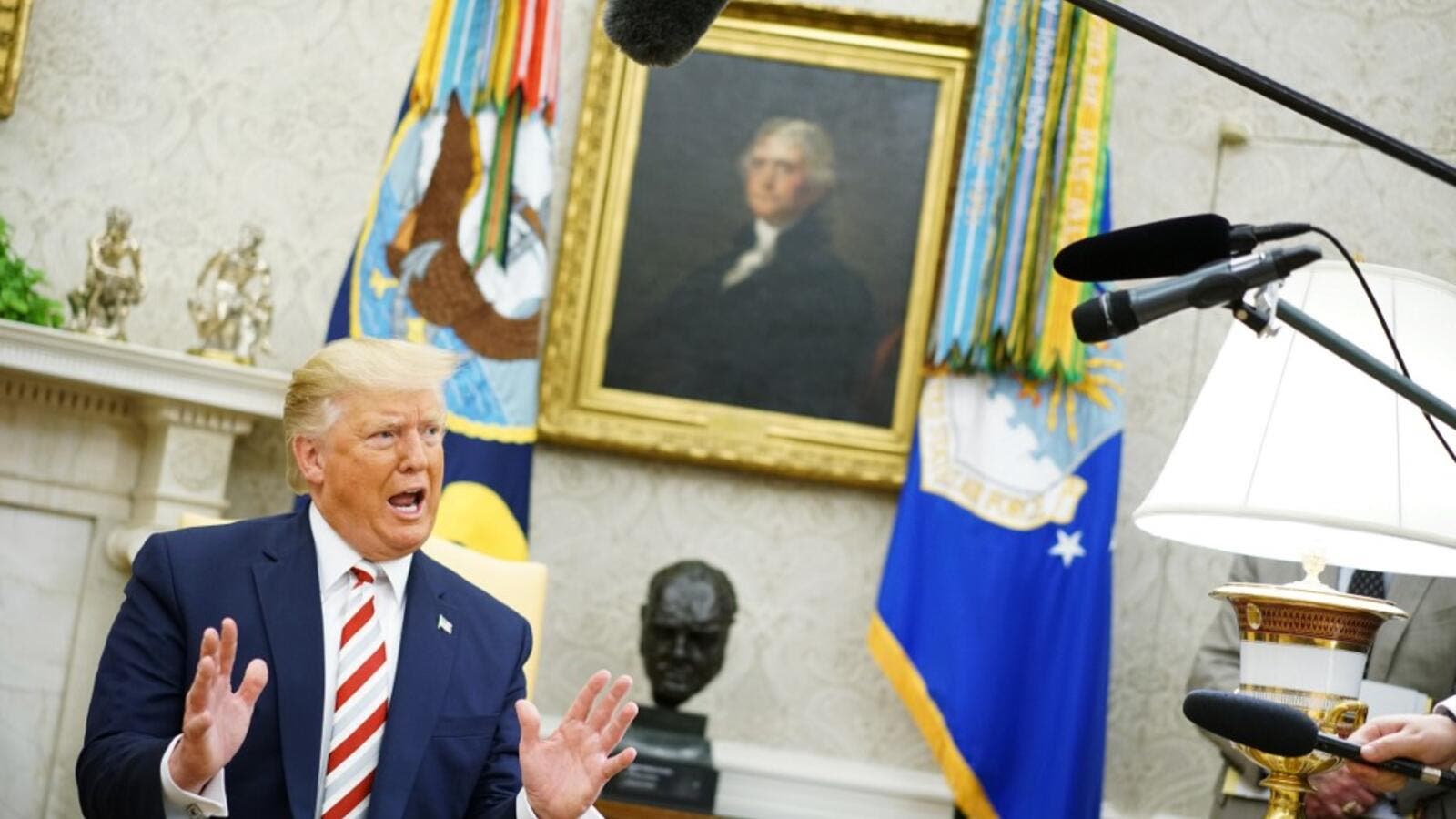 US President Donald Trump (AFP)
Highlights
''Where has the Democratic Party gone?'' Trump asked about the party’s support for Tlaib and Omar, before questioning U.S. Jews’ loyalty and level of knowledge.

Outraged Jewish Americans are calling foul after President Donald Trump on Tuesday said Jews who vote for the Democratic Party either suffer from ignorance or are “disloyal.”

Speaking to reporters in the Oval Office, Trump said: "I think any Jewish people that vote for a Democrat, I think it shows either a total lack of knowledge or great disloyalty."

Many U.S. Jews accused Trump of recycling an anti-Semitic trope in which Jews owe primary allegiance to Israel rather than the country they live in.

Trump’s remarks emerged as he lashed out again at Rashida Tlaib and Omar Ilhan, two freshman Democratic congresswomen of color who are outspoken critics of Israel's policies in the Mideast.

''Where has the Democratic Party gone?'' Trump asked about the party’s support for Tlaib and Omar, before questioning U.S. Jews’ loyalty and level of knowledge.

But his remarks drew an immediate backlash on Twitter, where thousands of Trump opponents, including Jews, blasted the president using the hashtag #DisloyalToTrump.

Leaders of many U.S.-based Jewish groups have also slammed Trump.

''It’s unclear who @POTUS is claiming Jews would be ‘disloyal’ to, but charges of disloyalty have long been used to attack Jews,'' tweeted Jonathan Greenblatt, CEO of the U.S.’ Anti-Defamation League.

“As we’ve said before, it's possible to engage in the democratic process without these claims. It's long overdue to stop using Jews as a political football.”

“This is yet another example of Donald Trump continuing to weaponize and politicize anti-Semitism,” added Halie Soifer, the Jewish Democratic Council of America's executive director. “At a time when anti-Semitic incidents have increased — due to the president's emboldening of white nationalism — Trump is repeating an anti-Semitic trope.”

Calling Trump’s comments "disgusting," Jewish advocacy group J Street added: “The President of the United States just said that over 75% of American Jews are either disloyal or unintelligent.”

Ahead of the 2020 presidential election, Trump is keen to mobilize Jewish support, endorsements, and donations, as nearly 70% of U.S. Jews historically vote Democratic, according to media reports.