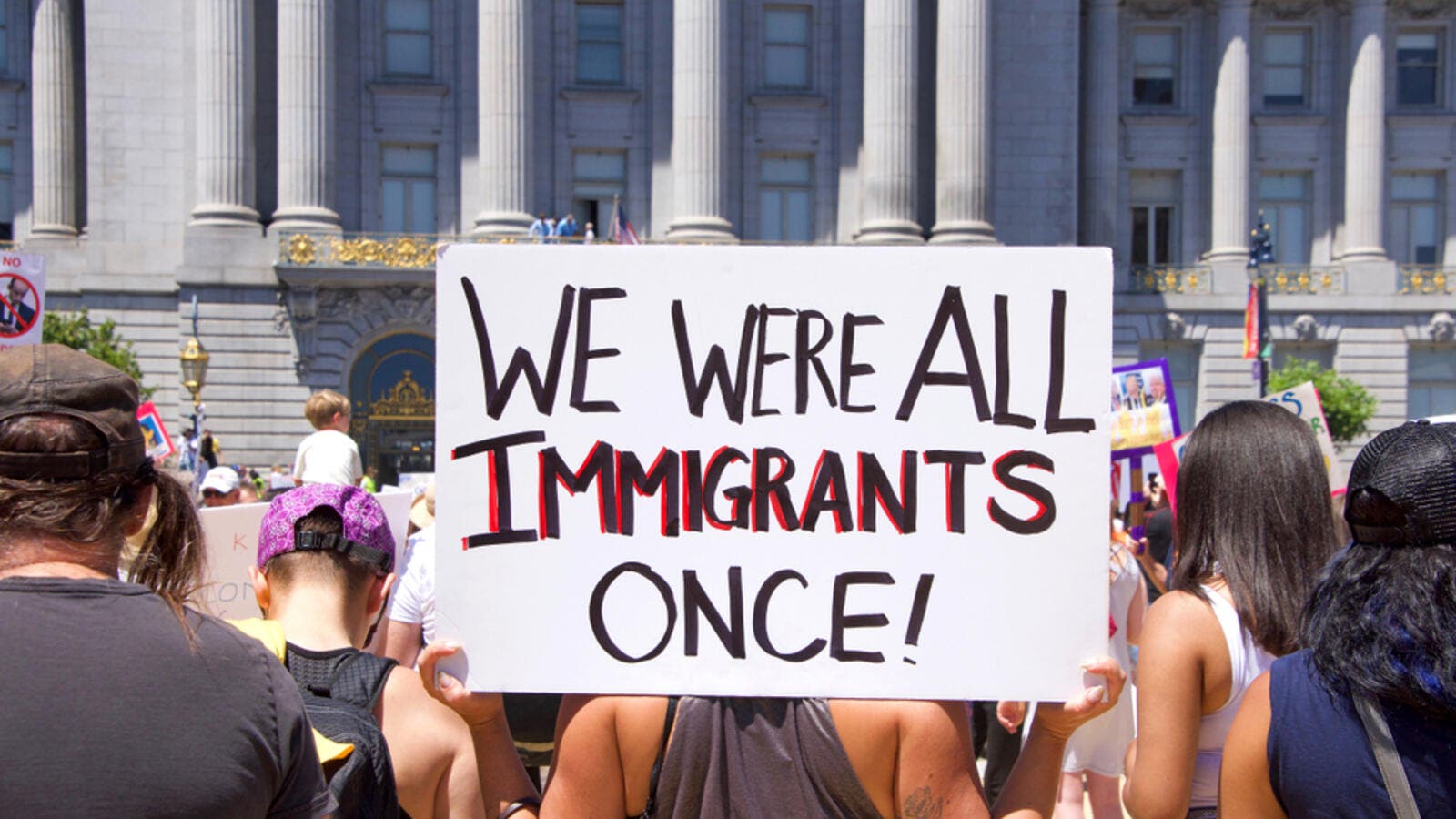 Thousands of protestors in a "Families Belong Together" march to City Hall, protesting Trump's "Zero Tolerance" policy and the separation of families.. (Shutterstock/ File photo)

President Donald Trump on Thursday called on Congress to pass immediate immigration reform that would allow authorities to kick out would-be immigrants.

Describing the country's current immigration laws as "insane", Trump in a series of tweets denigrated the potential hiring of more immigration judges, adding that the U.S. is the "only Country in the World that does this."

"Congress must pass smart, fast and reasonable Immigration Laws now. Law Enforcement at the Border is doing a great job, but the laws they are forced to work with are insane. When people, with or without children, enter our Country, they must be told to leave without our country being forced to endure a long and costly trial," Trump said.

Arguing that authorities should be allowed to kick out would-be immigrants, he continued: "Tell the people ‘OUT,’ and they must leave, just as they would if they were standing on your front lawn. Hiring thousands of ‘judges’ does not work and is not acceptable - only Country in the World that does this!"

Trump's "zero tolerance" policy refers all apprehended all undocumented adults for criminal prosecution -- a break with past administrations who limited criminal referral for most adults who illegally cross into the U.S. with their juvenile family members.

The children, who are not charged with a crime, were separated as a result of their parents' criminal case. As a matter of regulation, they were not allowed to be detained with their parents during legal proceedings.

Many parents are now in custody thousands of miles from their children, whom they have not been able to see and have rarely spoken to for at least a month.

The immigration crackdown comes as Guatemala seeks protected status for its citizens following a devastating volcano eruption in June.