Published June 16th, 2022 - 07:16 GMT
In this file photo taken on December 4, 2021 Demonstrators take part in a rally outside the headquarters of the Tunisian General Labour Union (UGTT) during the commemoration of the 69th anniversary of its founder Farhat Hached's assassination during the French protectorate period, in the capital Tunis. (Photo by Sofiene HAMDAOUI / AFP)

Tunisia’s main trade union has called for a national strike that will result in the cancellation of all international flights to and from the country and halt land and sea transportation. 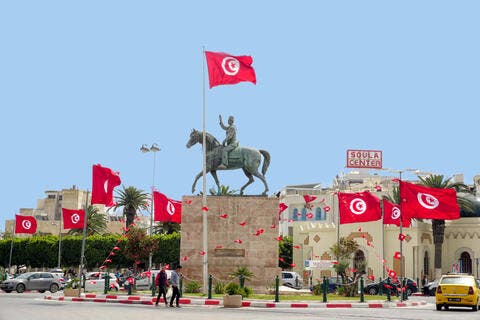 The Tunisian General Labor Union (UGTT) said the strike would take place at midnight on June 16 and last 24 hours, include 15 transportation companies, and entail the cancellation of 49 flights.

“The strike comes in light of low wages, the high cost of living, the deterioration of purchasing power, the decline in social services, the high tax burden, the rampant monopoly and smuggling, and the increase in unemployment among the children of wage earners and needy and marginalized families,” the UGTT said in a statement.

The statement added that workers would “hold this strike to defend their economic and social rights after the dithering of the government in the face of their legitimate demands.”

Up to three million workers could observe the strike, shuttering 159 state agencies and public companies, causing cancellations at airports, and bringing public transport, the postal service, and utilities firms to a halt.

Economic experts said the general strike would cost the Tunisian economy an estimated $65 million, and presented the biggest challenge yet to Tunisia’s President Kais Saied.

Noureddine Taboubi, secretary-general of the UGTT, warned that the government’s current social and economic plan was “painful” for Tunisians, as subsidies for essential goods are scrapped.

Tunisia faces its worst financial crisis in 30 years and its inflation has reached its highest: 7.8 percent this month. The country is seeking a $4-billion loan from the International Monetary Fund (IMF) seen as necessary to ward off national bankruptcy in exchange for unpopular reforms, including food and energy subsidy cuts and salary freezes.

Tunisia’s budget deficit will expand to 9.7 percent of gross domestic product (GDP) this year, compared with a previously expected 6.7 percent, due to a stronger US dollar and a sharp increase in grain and energy prices, the country’s Central Bank governor, Marouan Abassi, said this month.

Saied seized power on July 25 last year after suspending the elected parliament, and later dissolving it, in a move seen by his critics as a soft coup. Rights groups have warned that the country could be sliding back into autocracy.

"The UGTT now believes that Saied poses a very real danger to them”. 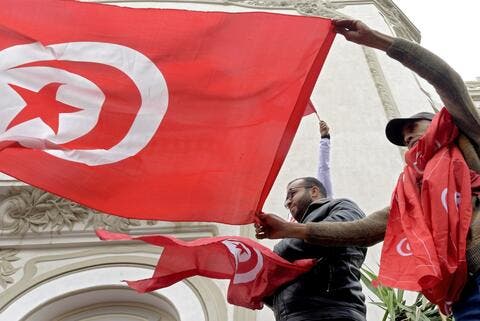 The Tunisian president said at the time that his decision had been meant to “save Tunisia, the state, and the Tunisian people” in the midst of growing public anger and protests against the then-government’s handling of the COVID-19 pandemic.

On May 23, the UGTT announced that it would not participate in a national dialog proposed by Saied. Ratings agency Fitch said tensions between the union and the government were threatening negotiations with the IMF and warned it would be hard to push through reforms without UGTT backing.