Published April 25th, 2021 - 04:59 GMT
Turkey's population of more than 83 million is spread out across Europe and Asia and covers some seemingly impregnable terrain. BULENT KILIC / AFP
Highlights
Country registers 339 fatalities, over 52,000 recoveries in past 24 hours, according to Health Ministry data

Turkey on Saturday reported over 40,000 new coronavirus cases, a drop of over 20,000 from the day before, according to Health Ministry data. 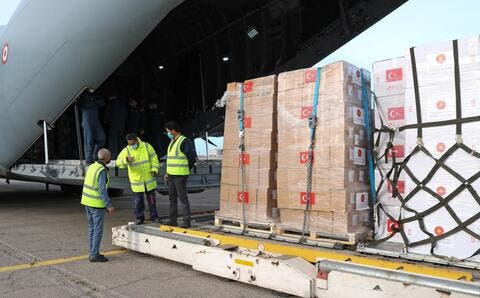 A total of 40,596 cases, including 2,905 symptomatic patients, were confirmed across the country, the data showed. Turkey on Friday reported 63,082 new coronavirus cases

Turkey's overall case tally is over 4.5 million, while the nationwide death toll reached 38,011, with 339 more fatalities over the past day.

In #Turkey, second only to India in new #coronavirus cases, a recent surge has brought active infections to a peak equivalent to nearly 1 percent of working age people, a calculation based on health ministry data shows.https://t.co/yuH068roeZ

As many as 52,297 more patients in the country won the battle against the virus, bringing the total number of recoveries exceeding 4 million.

More than 45.6 million coronavirus tests have been done in Turkey thus far, including 281,183 done since Friday.

The latest figures showed that the number of COVID-19 patients in critical condition rose to 3,511.

Since it began its mass COVID-19 vaccination campaign in mid-January, Turkey has administered over 21.1 million coronavirus vaccine jabs nationwide.

More than 13 million people to date have received their first doses of vaccines against the virus, while second doses were given to more than 7.9 million.

Amid a new wave of the virus, Turkey has imposed special measures for the first two weeks of the Muslim holy month of Ramadan, expanding daily curfews from 7 p.m. (previously 9 p.m.) to 5 a.m., and continuing weekend curfews in high-risk cities.

#Turkey will resume flights from the UK and Denmark, #TurkishAirlines CEO Bilal Eksi says, after flights’ suspension from the two countries last December due to the new strains of the #coronavirus.https://t.co/hKVaZTNOT8

Cafes and restaurants also only provide delivery and takeout services, while wedding halls, sports centers, and game halls will remain closed until the end of Ramadan. 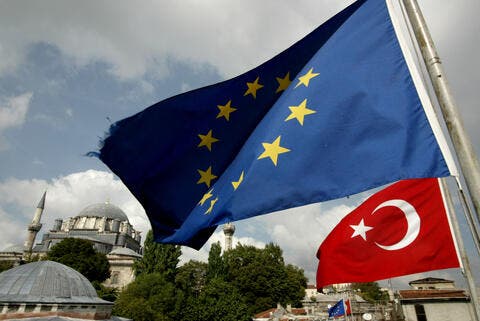 Since December 2019, the pandemic has claimed over 3.1 million lives in 192 countries and regions.

According to figures compiled by the US ' Johns Hopkins University, more than 145.8 million cases have been reported worldwide, with recoveries now nearing 83.9 million.