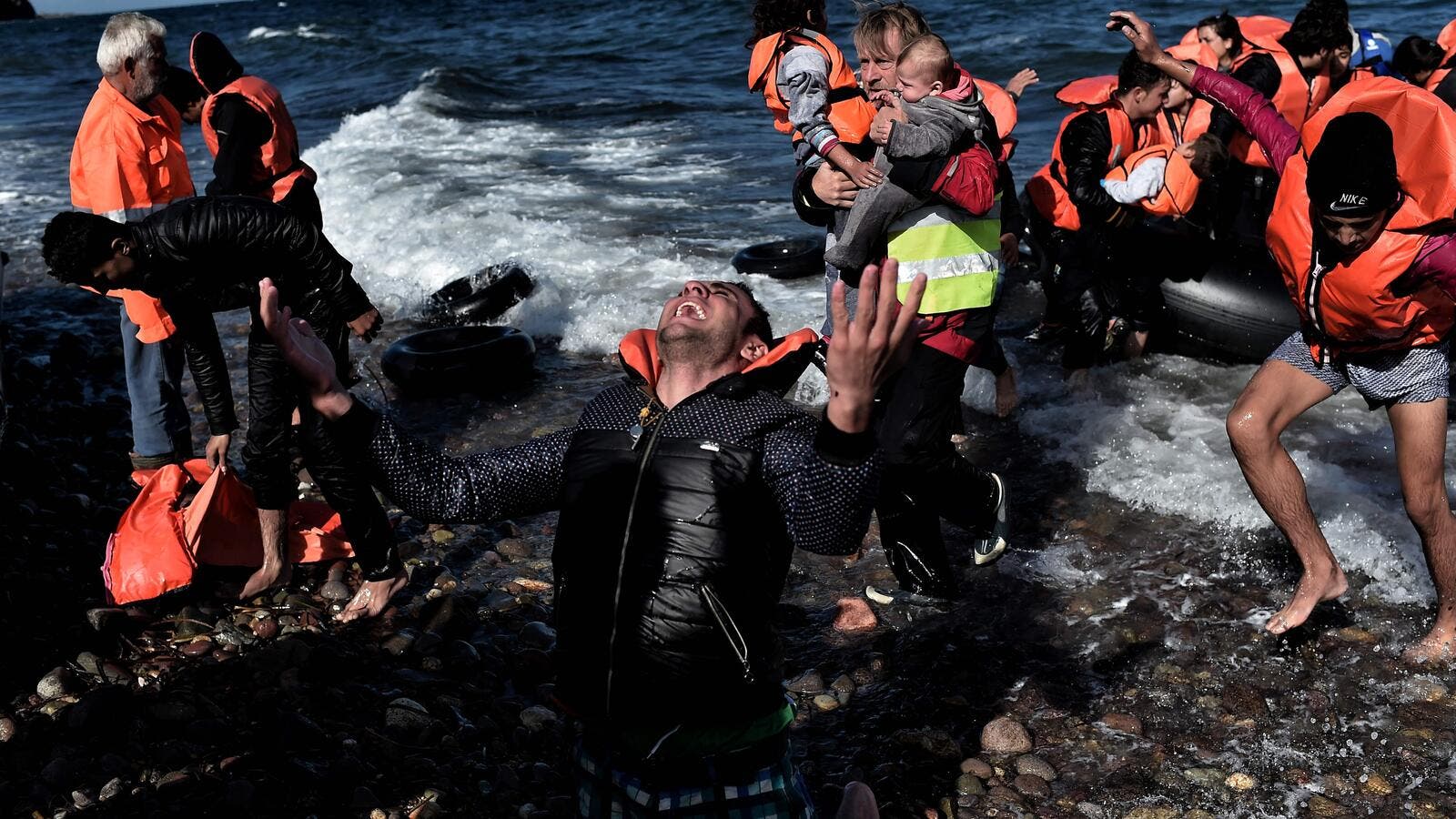 According to the IOM, over 154,000 people have crossed the Aegean Sea from Turkey so far this year. (AFP/File)

The Turkish Coast Guard has apprehended 72 migrants off the shore of the western Izmir province, blocking their journey to the Greek island of Lesbos, coast guard officials said Sunday.

The Turkish Coast Guard boat TCG-Dost stopped the group in a small boat at sea off the shore of Dikili district, said the sources, speaking on condition of anonymity due to restrictions on speaking with the media.

The group included children. They all came from Afghanistan.

After identity checks, the group was offered food and drinks and transported to Izmir Migrants Return Center, the sources added.

More than a million refugees and migrants traveled from Turkey to Greece last year before an EU-Turkey deal stemmed the flow in March.

According to the International Organization for Migration, more than 154,000 people have crossed the Aegean Sea from Turkey to Greece so far this year and 376 have died during the journey.