Published April 28th, 2021 - 08:18 GMT
As many as 1.5 million Armenians are estimated to have been killed from 1915 to 1917 during the waning days of the Ottoman Empire, which suspected the Christian minority of conspiring with adversary Russia in World War I Ozan KOSE / AFP
Highlights
Resolution condemns, rejects US president's statement on Armenian claims about events of 1915.

A resolution, approved by Turkey’s parliament declaring the US president's remarks on Armenian claims about events of 1915 null and void, was published in the country's Official Gazette on Wednesday. 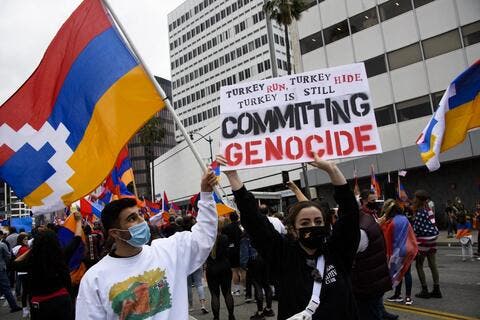 Last week, Joe Biden called the events of 1915 when the Armenian population of the Ottoman Empire lost their lives during the “difficult conditions” of World War I, as "genocide."

In Tuesday's Grand National Assembly session, the resolution with the signature of Parliament Speaker Mustafa Sentop was put to vote.

Only Turkey and Azerbaijan officially deny the killings constitute a genocidehttps://t.co/fTW980jq0A

The ruling Justice and Development (AK) Party, Republican People's Party (CHP), the Good (IYI) Party, and the Nationalist Movement Party (MHP) voted in its favor, while the Peoples' Democratic Party (HDP) voted against it.

The resolution, which strongly rejected and condemned the US president's remarks, was approved.

Turkey's position on the events of 1915 is that the deaths of Armenians in eastern Anatolia took place when some sided with invading Russians and revolted against Ottoman forces. A subsequent relocation of Armenians resulted in numerous casualties.

Turkey objects to presenting these incidents as "genocide," describing them as a tragedy in which both sides suffered casualties. 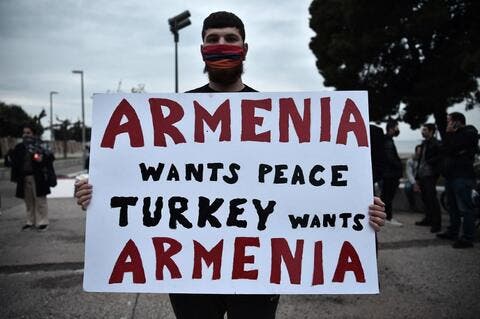 Ankara has repeatedly proposed the creation of a history commission to examine the issue.

In 2014, Recep Tayyip Erdogan – Turkey's then prime minister and now president – expressed his condolences to the descendants of Armenians who lost their lives in 1915