Is a Two-state Solution a Pipe-dream For The Palestinians?

Published November 18th, 2021 - 11:23 GMT
Palestinian president Mahmud Abbas gives a joint statement with the US secretary of state, on May 25, 2021 at the Palestinian Authority headquarters in the West Bank city of Ramallah. / AFP / POOL / Alex Brandon
Highlights
Palestine does not accept classification of 6 civil society organizations as terrorist groups, says president 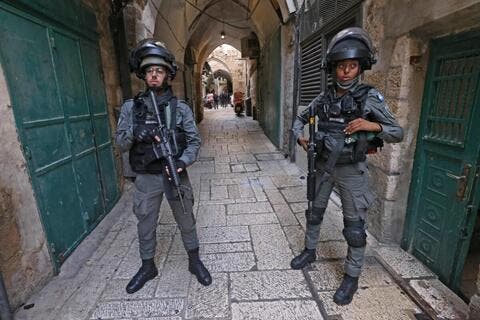 Abbas met with US Ambassador to the UN Linda Thomas-Greenfield in the West Bank after her two-day visit to Israel.

Palestinian Authority President Mahmoud Abbas meets with King Abdullah of Jordan and Egypt’s Sisi in Cairo to discuss plans for a new political process based on a two-state solution between Palestine and Israel pic.twitter.com/7hftevTIxL

According to the official Palestinian news agency WAFA, he said during the meeting that the Israeli practices of establishing illegal settlements, killing, confiscation of land, house demolitions and attempting to expel Palestinians from their homes in neighborhoods of Jerusalem all lead to dangerously undermining the two-state solution for which the US administration has announced its full support.

“We do not accept in any way the classification of six Palestinian civil society organizations as terrorist by the occupation authorities, and we do not accept the continued abuse of prisoners and the holding of the bodies of martyrs,” he said.

“In the event that the Israeli occupation authorities insist on denial of the signed agreements and moving away from the path of peace, we have options, and we will take measures that preserve the rights of our people and their national interests,” Abbas added. 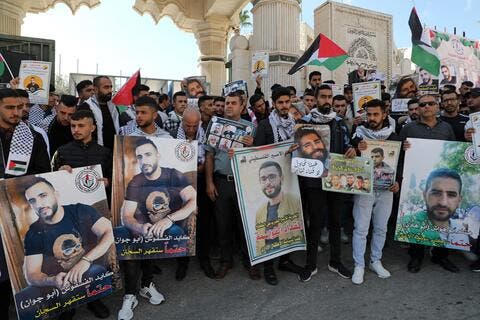 “Today I met with Palestinian President Mahmoud Abbas. We discussed rebuilding the U.S.-Palestinian relationship, ensuring UNRWA lives up to its commitments, the importance of respecting human rights, and our shared commitment to a two-state solution,” Thomas-Greenfield said on Twitter.