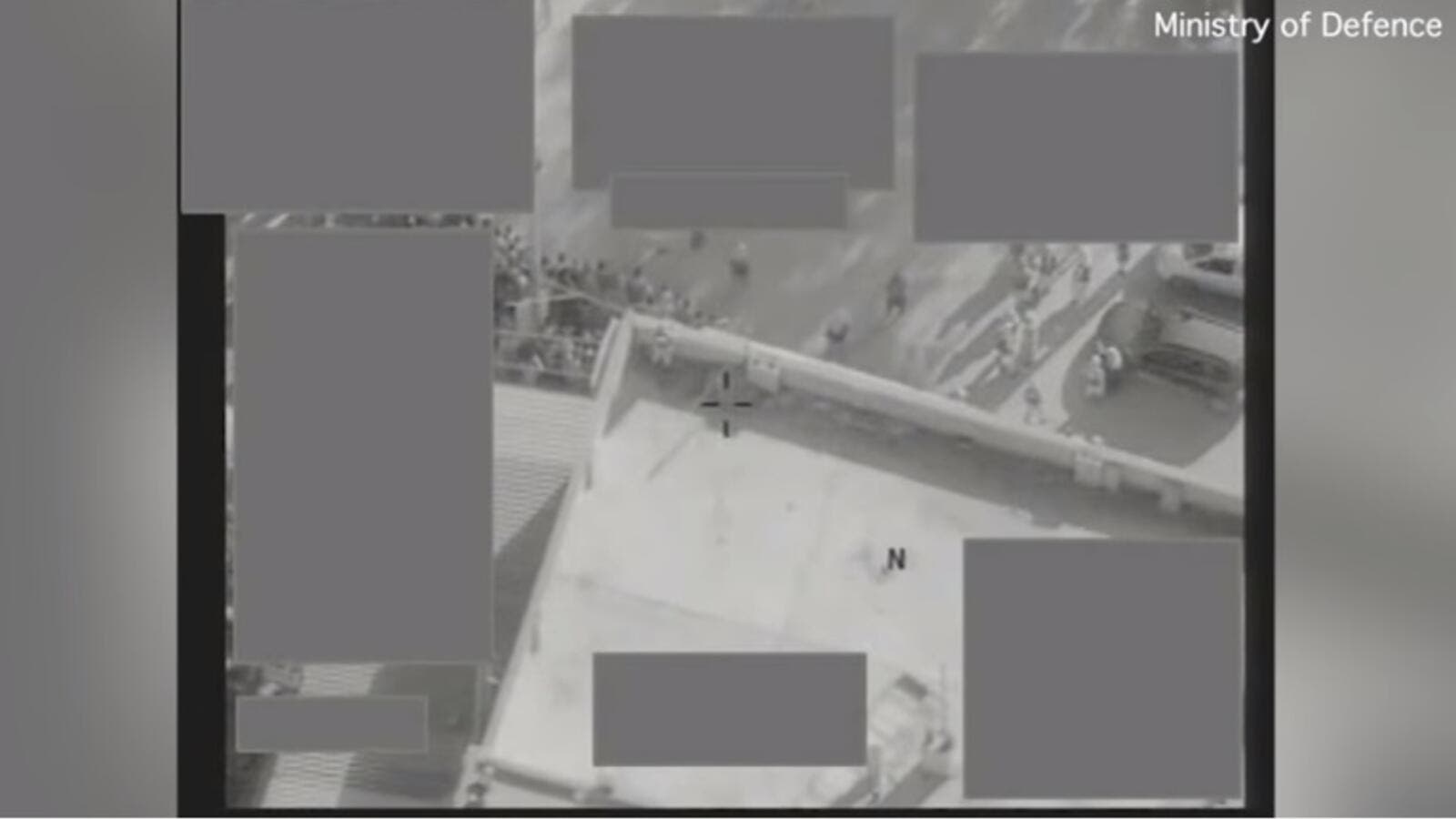 This is the moment an RAF drone stopped a public execution staged by Islamic State with a single Hellfire missile.

Astonishing footage released for the first time shows crowds of civilians being forced at gunpoint to gather in a Syrian town to watch an execution.

Moments later, a Reaper drone operated by pilots 2,000 miles away at RAF Waddington in Lincolnshire, unleashes its deadly arsenal – obliterating a sniper keeping watch on a roof nearby. As the terrified crowds scatter in panic, the IS fighters are unable to stage their barbaric killing.

In an unprecedented move, the Ministry of Defence last night released the first footage from inside the Qatar military HQ of UK personnel in action against Islamic State to illustrate operations in the war zone. The MoD said it could not target jihadis on the ground directly in the May attack because civilians could have been caught up in the blast. By taking out the sniper, it forced the IS fighters to run for their lives.

The drone had been flying over the Syrian town of Abu Kamal when it spotted crowds starting to gather. As a van unloaded two shackled prisoners in front of the crowd, the RAF drone pilots watching on screens from thousands of miles away were clear that they were about to witness a public execution.

The mission was overseen from the heavily fortified combined air operations center (Caoc) at the Al Udeid air base in Qatar. The location of the center was kept secret until recently.