Published November 21st, 2021 - 08:39 GMT
Supporters of the Yemeni Houthi rebels raise placards during a protest against the blockade imposed on their country by the Saudi coalition,in the capital Sanaa, on February 26, 2021.AFP / Mohammed HUWAIS
Highlights
Two Yemeni UN employees are jailed by Houthi militants.

The British ambassador to Yemen called on the Houthis to immediately release two Yemeni UN staff who are being detained by the militia. 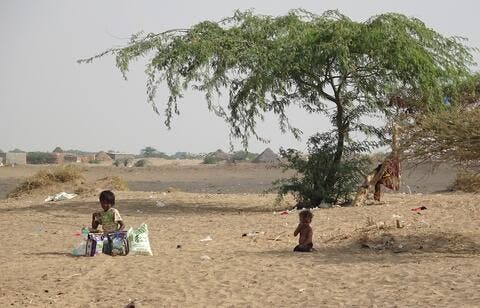 WHO: 75% of Yemeni Children Suffer From Acute Malnutrition

“The UK is alarmed by reports of detention of UN staff in Yemen,” Richard Oppenheim said on Saturday.

“Aid workers must be allowed to do their work for the people of Yemen,” the ambassador said.

One of the Yemeni men detained by the Houthis works for the United Nations Educational, Scientific and Cultural Organization, and the other works for the Office of the High Commissioner for Human Rights. They were detained on Nov. 7 and Nov. 5 respectively.

UN officials were given assurances by senior Houthi officials that the men would be released, spokesman Stephane Dujarric said on Wednesday. However, they are still being detained. 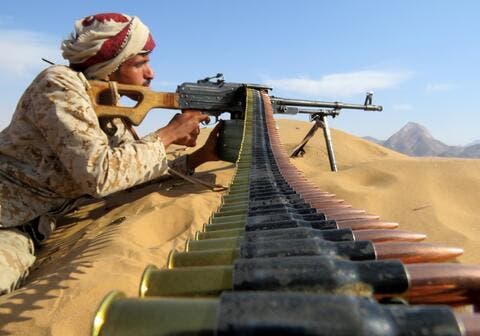 Oppenheim urged the Houthis to abide by international law and called the detention of the UN employees “unacceptable.”

The United Nations Secretary-General Antonio Guterres is “deeply concerned about the arrests and detention of two UN staff members” in #Yemen’s Sanaa by the Iran-backed #Houthi militia earlier this month, the UN says.https://t.co/yAWqpFWngF