UN Calls for 'Total' Ceasefire in Syria, Release of 1000s of Detainees 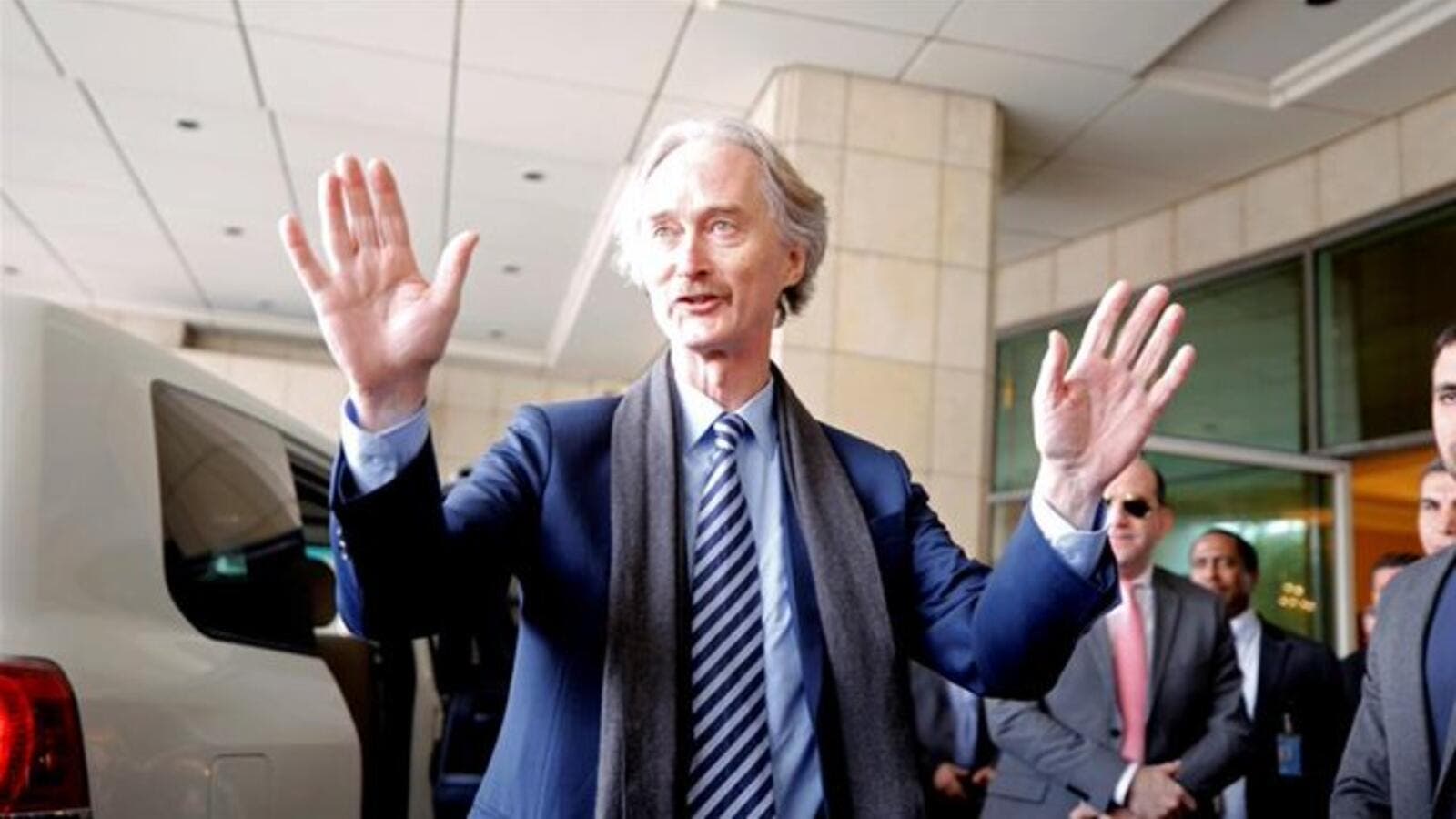 The UN Special Envoy for Syria, Geir Pedersen (Twitter)
Highlights
There is a shortage of key medical equipment and health professionals," he said in a statement.

The United Nations on Tuesday called for a total ceasefire in Syria and for the release of tens thousands of detainees and abductees, as coronavirus threatens to wreak catastrophe on the war-torn country.

The UN Special Envoy for Syria, Geir Pedersen, called on all sides to launch an "all-out effort" to combat the potentially deadly virus, after Damascus recorded its first case of coronavirus on Sunday.

He also called for the "large-scale releases of detainees and abductees" who are particularly vulnerable to the disease, living in cramped and crowded prisons, often starved and in poor health.

Medical experts fear Syria could be one of the countries worst-hit by COVID-19, due to war and instability, a breakdown in healthcare, and millions living in crowded refugee camps.

"Syrians are acutely vulnerable to COVID-19. Healthcare facilities have been destroyed or are degraded. There is a shortage of key medical equipment and health professionals," he said in a statement.

"To confront this danger, the long-suffering Syrian people desperately need a sustained period of calm throughout the country respected by all parties."

After weeks of denials of a coronavirus outbreak in Syria, Damascus recorded its first case on Sunday.

It comes after weeks of reports of army officers from Iran - which has seen tens thousands of cases - and Tehran-linked militia fighters in Syria had contracted the disease.

There have also been reports of coronavirus among civilians and officials in regime areas, where governance is poor and hospitals are starved of funds.

The 100-bed Al-Zabadani Hospital in the Damascus suburbs - with an eight bed ICU unit and four ventilators - has been designated as the key isolation and treatment centre for the more than 10 million people living in regime areas.

Most concerning for medical experts are the some 100,000 detainees in regime jails, where torture is rampant, rations are at starvation levels, and prisoners are "packed like sardines".

"Detainees' immune systems are already broken due to torture, starvation and a variety of sicknesses caused by the conditions in their cells," he told The New Arab.

Also of concern are the more than 1 million recently displaced Syrians in opposition Idlib province, where camps are overrun and medical facilities unable to cope with a pandemic.

Hospitals and clinics in the opposition province have also been destroyed in a systematic campaign of air strikes by Russia and the Syrian regime.

The World Health Organisation is sending testing kits to northwestern Syria, which is home to around 4 million Syrians, as the International Rescue Committee warns that an outbreak in Idlib could be "the worst the world has seen".

Despite the calls for calm, Syrian regime forces launched a barrage of rockets on Idlib villages this week, threatening an already shaky ceasefire.

More than 500,000 people have died in Syria's war, which has seen around half the population displaced and whole towns and cities completely destroyed - mostly due to regime bombing and shelling.