UN Pressures the US to Lift Cuba Blockade

Published June 24th, 2021 - 08:13 GMT
Cuban anti-government protesters demonstrate outside the UN on June 23, 2021 as the UN holds a session on the necessity of ending the economic, commercial and financial embargo imposed by the US against Cuba TIMOTHY A. CLARY / AFP
Highlights
The assembly on Wednesday at its headquarters in New York City overwhelming approved a resolution it has approved each year since 1992

For a 29th year in a row, the United Nations General Assembly demanded the United States end its economic blockade of Cuba. 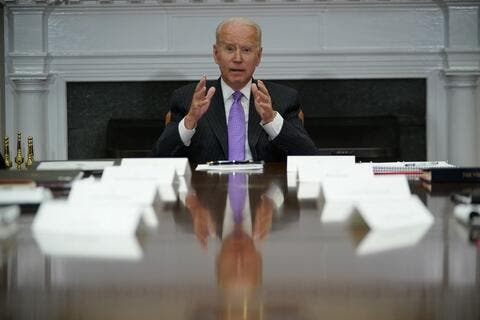 Are Biden's Policies Towards Cuba Different from Trump's?

The assembly on Wednesday at its headquarters in New York City overwhelming approved a resolution it has approved each year since 1992 urging the United States to drop the six-decade-old blockade it enforces around the Caribbean nation. The only year the resolution wasn't voted on was last year due to the pandemic.

For the 29th year in a row, basically the entire world voted at the United Nations against the illegal, murderous US blockade on Cuba.

184 countries voted to end the US blockade.

Only 2 voted for it: the USA and Israel.

The resolution passed with 184 countries in favor with only the United States and Israel voting against. Columbia, Ukraine and Brazil abstained.

The United States has imposed a trade embargo of economic sanctions on Cuba since the early 1960s with the intention to isolate the socialist government, according to the Congressional Research Service.

Under the Obama administration, the United States pivoted its foreign policy on the island nation toward engagement, but that changed once President Donald Trump entered the White House as he undid the moves of his predecessor while imposing further sanctions that have been maintained under the current Biden administration.

White House Press Secretary Jen Psaki in mid-April told reporters that the Biden administration policy on Cuba is governed by support for democracy and human rights, though a "Cuban policy shift ... is currently not among the president's top foreign policy priorities."

Before the countries on Wednesday, Cuban Foreign Affairs Minister Bruno Rodriguez Parrilla described the blockade as a "massive, flagrant and unacceptable violation of the human rights of the Cuban people."

"Like the virus, the blockade asphyxiates and kills, it must stop," he said.

The embargo, he said, has caused Cuba to lose $9.1 billion during the pandemic-hit 2020 when tje U.S. sanctions also made it difficult for Havana to secure needed medical equipment and food.

Many of those who spoke during the discussion voiced strong opposition to the embargo, calling it a violation of the sovereign right of states with some going so far as to call it illegal and illegitimate.

Antonio Rodrigue, the ambassador to the U.N. from Haiti, said while speaking on behalf of Caribbean Community, an organization of 15 Caribbean states, that the embargo was a flagrant violation of the United Nations Charter and international law.

According to minutes of the meeting published by the U.N., he said CARICOM maintains close relations with Cuba but the scope of the embargo is an obstacle to furthering those ties.

Dang Dinh Quy, Vietnam's ambassador to the intergovernmental organization, called the embargo "the most unjust and prolonged system of unilateral sanctions ever imposed against a country in our modern world history."

Having once been under a U.S. trade embargo Vietnam understands the hardship they cause, he said, adding lifting the blockade will not just benefit Cuba and the United State but regional and global peace, stability and development.

For the 29th year in a row, basically the entire world voted at the United Nations against the illegal, murderous US blockade on Cuba.

184 countries voted to end the US blockade.

Only 2 voted for it: the USA and Israel.

Rodney Hunter, the U.S. representative to the body, defended his country's use of sanctions calling them "a legitimate way to achieve foreign policy, national security and other national and international objectives." 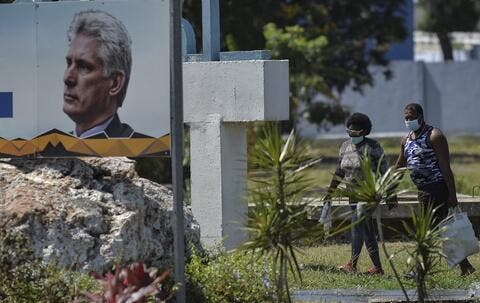 He said the United States understands the challenges that Cubans face, which is why it donates billions of dollars a year to the island nation in humanitarian aid.

"The United States opposes this resolution," he said. "We encourage this body to support the Cuban people in their quest to determine their own future."