Published July 12th, 2021 - 06:34 GMT
A member of the Iraqi forces flashes the V for victory sign during military operations in the south and west of the northern Iraqi city of Mosul in search of Islamic State (IS) militants, on July 11, 2021. Zaid AL-OBEIDI / AFP
Highlights
UNAMI head visits Iraqi activist kidnapped and tortured by unknown militants

The United Nations Assistance Mission for Iraq (UNAMI) on Sunday condemned attacks on activists and opposition figures in Iraq. 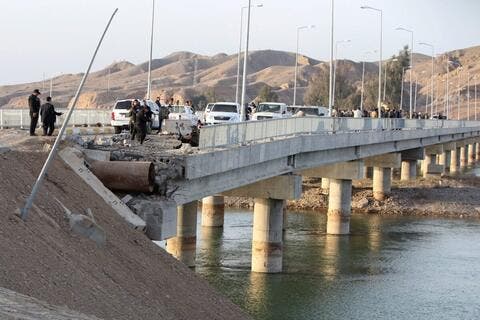 Will The Next Iran-Iraq War be on Water?

The head of UNAMI, Jeanine Hennis, paid a visit on Sunday to an Iraqi activist in hospital, who was kidnapped and tortured at the hand of unknown militants.

Wishing journalist @ali_almikdam a speedy recovery. We salute his courage and determination, and condemn cowardly aggressions that threaten a pillar of democracy: freedom of expression. pic.twitter.com/MPfW3OMNzo

"Wishing journalist Ali al-Mikdam a speedy recovery. We salute his courage and determination, and condemn cowardly aggressions that threaten a pillar of democracy: freedom of expression," Hennis wrote on Twitter.

The Iraqi activist was also visited by Prime Minister Mustafa al-Kadhimi to check on his health after the assault.

On Saturday, Iraqi police said al-Mikdam was found near a fuel station south of Baghdad and appeared to have experienced torture.

Iraq has witnessed sporadic protests since October 2019 due to poor economic conditions and financial and political corruption. 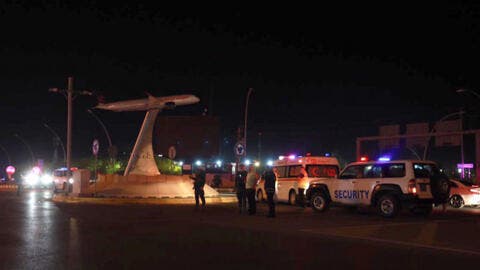 Iraq: Erbil Airport Attacked by Drone as it Hosts US Troops

Moscow, 31 May 2021 - The Special Representative of the United Nations Secretary-General for #Iraq, Ms. Jeanine Hennis-Plasschaert, met with the Deputy Minister of Foreign Affairs of the Russian Federation, Mr. Sergey Vershinin. pic.twitter.com/QBJoXGMt7n

Government figures indicate that 600 protesters and security personnel were killed during the protests, including dozens of activists, who were assassinated by unknown gunmen.