The UN special envoy to Yemen has said military escalation does not bring any sustainable solutions, calling on the international community to give consistent support to the country, according to an official statement. 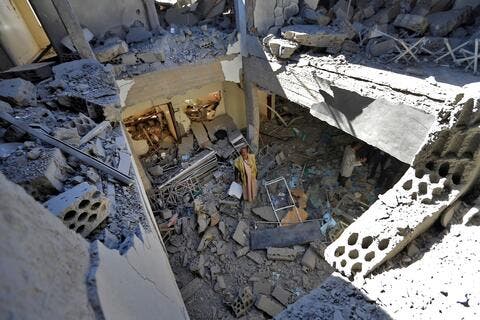 "The structured and consistent support of the international community and the Security Council member states is essential for the success of this effort," Hans Grundberg said in the statement on Tuesday, released by the office on the occasion of his visit to the UK.

.@StephDujarric encouraged all parties to rally around the efforts of @UN and @OSE_Yemen, Hans Grundberg in order to “bring about peace and stability” in #Yemen https://t.co/sjPGe4ZZ5V

Noting that sustainable solutions cannot be gained from military escalation, he underlined that the parties can and should engage in a dialogue to de-escalate the violence and find a way regarding a comprehensive solution in the country.

"The United Nations has been and will always be ready and eager to support this process," added Grundberg.

During his visit, the UN envoy met with some senior British officials, including James Cleverly, the foreign office minister of state for the Middle East and North Africa, discussing the economic situation as well as the recent military escalation.

I had an excellent discussion with Hans Grundberg @OSE_Yemen yesterday. pic.twitter.com/EOnvofYRax

Yemen has been engulfed by violence and instability since 2014, when Iran-aligned Houthi rebels captured much of the country, including the capital Sanaa.

A Saudi-led coalition aimed at reinstating the Yemeni government has worsened the situation, causing one of the world’s worst man-made humanitarian crises, with nearly 80% or about 30 million people needing humanitarian assistance and protection and more than 13 million in danger of starvation, according to UN estimates.