Published November 10th, 2021 - 11:35 GMT
In this picture taken on October 5, 2021 a member of the Armed Police Battalion (APBN) stands guard near the office of top community Rohingya leader and activist Mohib Ullah, who was shot dead by gunmen in late September, at Kutupalong refugee camp in Ukhia. (AFP/File)
Highlights
UN says that three million people in need of life-saving humanitarian aid

The UN humanitarian chief has called on Myanmar’s military rulers to provide unimpeded access to the more than three million people in need of life-saving humanitarian aid across the Southeast Asian country. 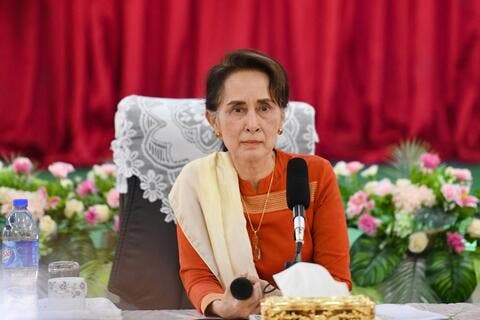 Martin Griffiths warned in a statement on Monday that without an end to violence and a peaceful resolution of Myanmar’s crisis, “this number will only rise.”

Today UN Security Council discusses Myanmar exactly one year after its people voted in an election stolen by a junta systematically violating human rights. I urge the Council to help end this crisis by cutting junta access to revenue and weapons while dramatically increasing aid.

Griffiths also predicted the ongoing humanitarian crisis would get worse “because of growing conflict and insecurity, COVID-19 and a failing economy.”

The UN official called the situation in the country’s northwest “extremely concerning, with an escalation in hostilities between the Myanmar Armed Forces and the Chinland Defense Force in Chin state, and with the People’s Defense Forces in Magway and Sagaing regions.”

Since a February 1 coup, hundreds of thousands of people have been forced to flee their homes due to violence and clashes between the army and rebels from various ethnic groups across Myanmar, he said.

“More than 37,000 people, including women and children, have been newly displaced, and more than 160 homes have been burned, including churches and the offices of a humanitarian organization,” Griffiths said.

“Attacks directed against civilians and civilian infrastructure, including humanitarian workers and facilities, are clearly prohibited under international humanitarian law and must stop immediately.”

Griffiths’ statement was issued as members of the UN Security Council held a closed-door meeting on Myanmar.

Elsewhere in his statement, he also urged donors to respond to a UN appeal, saying less than half of the $385 million required had been raised since Myanmar’s armed forces seized power in the coup.

Myanmar’s military seized power from de facto leader Aung San Suu Kyi’s government in the coup, launched over alleged election fraud. Since the coup, the junta has been clamping down on opposition protest rallies, workers’ strikes, and anti-junta demonstrations held by pro-democracy activists.

Here is a translation of my Tweet calling for UN Security Council action to cut the Myanmar junta's access to revenue and weapons while dramatically increasing aid to the people of Myanmar. pic.twitter.com/qH2zK0hJ3p 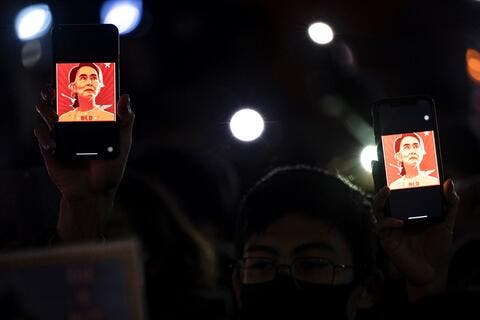 More than 1,200 people have been reportedly killed in the heavy-handed crackdown.

Christine Schraner Burgener, whose 3/5-year term as the UN special envoy for Myanmar ended on October 31, had warned against the growing risk of an all-out “civil war”  in Myanmar.