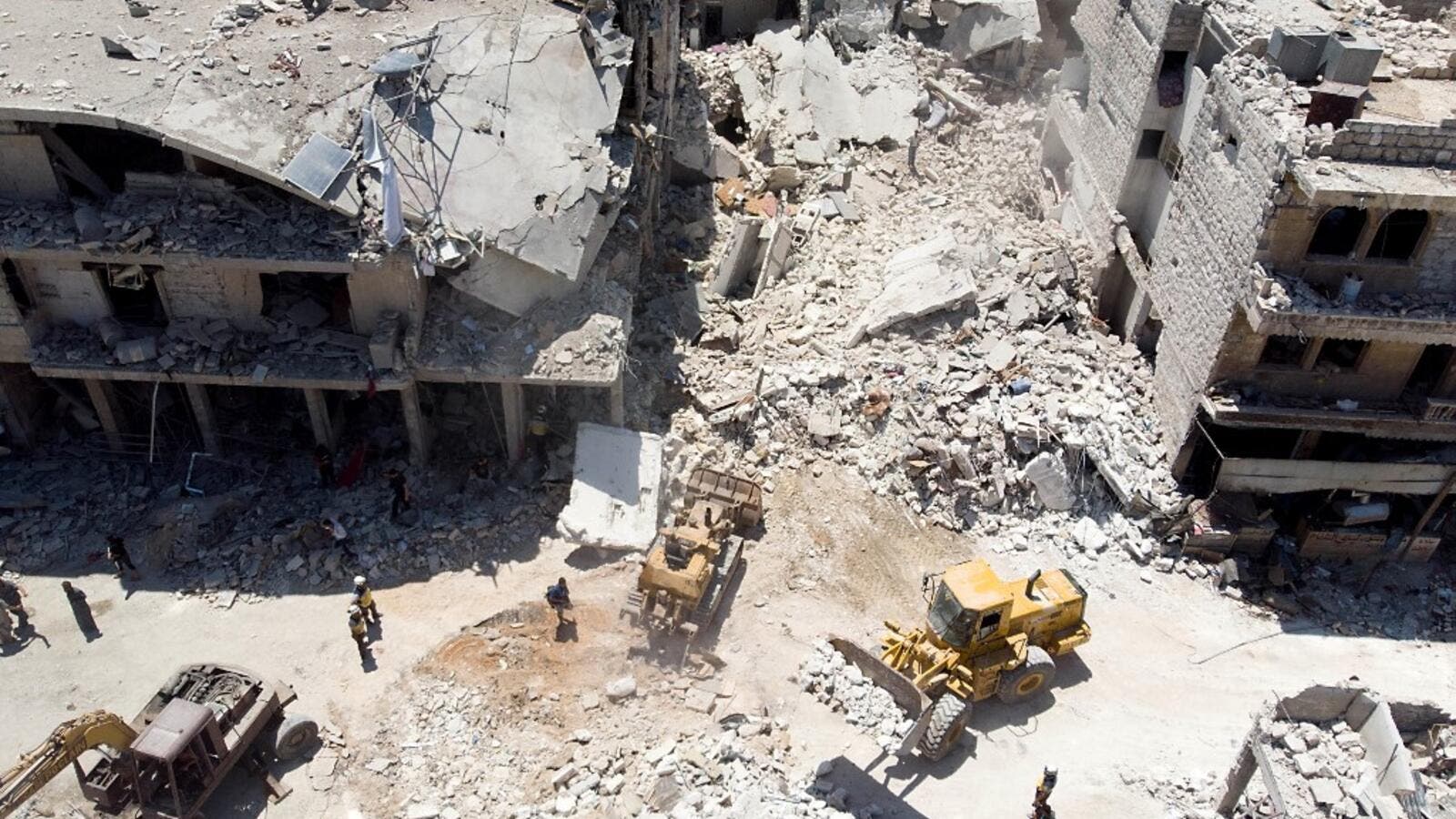 In this aerial picture, members of the Syrian civil defence, known as the White Helmets use an excavator to search for victims under the rubble following a reported Russian air strike on Maaret al-Numan in Syria's northwestern Idlib province on July 22, 2019 .(AFP/ File Photo)
Highlights
Millions of civilians at risk unless regime offensive stops, says UN, urges parties to 'fully' respect international law.

The UN issued a warning that 3 million people in northwestern Syria are at dire risk if the regime continues its offensive against civilians and the civilian infrastructure.

''The Secretary-General said that he is deeply troubled by the continued escalation in north-west Syria and the prospect of an offensive deeper into Idlib, which could trigger a new wave of human suffering possibly impacting more than 3 million people,” Stephane Dujarric, spokesman for Secretary-General Antonio Guterres, told a press conference late Wednesday.

''The Secretary-General reiterates his urgent call for the September 2018 Memorandum of Understanding on Idlib to be upheld,” she added, referring to a cease-fire deal reached between Turkey and Russia.

Dujarric added that humanitarian groups on the ground in Idlib reported three civilian deaths and 14 injuries in clashes on Tuesday, including women and children.

She decried the displacement and sufferings of the local population, thousands of whom had to move to a different location several times in order to avoid regime bombs.

''And between 1 May and 18 August of this year, 576,000 movements by displaced people have been recorded in the north‑west of the country,” she said.

“Many people have been displaced up to five times, with some having been forced to move as many as 10 times due to the ongoing fighting.''

Turkey and Russia agreed last September to turn Idlib into a de-escalation zone where acts of aggression are expressly prohibited.

The Syrian regime and its allies, however, have consistently broken the terms of the cease-fire, launching frequent attacks inside the area.

The de-escalation zone is currently inhabited by 4 million civilians, including hundreds of thousands displaced by regime forces from cities and towns throughout the war-weary country.

Hundreds of thousands of people have been killed and more than 10 million displaced during the course of Syria's more than eight-year conflict, according to the UN.