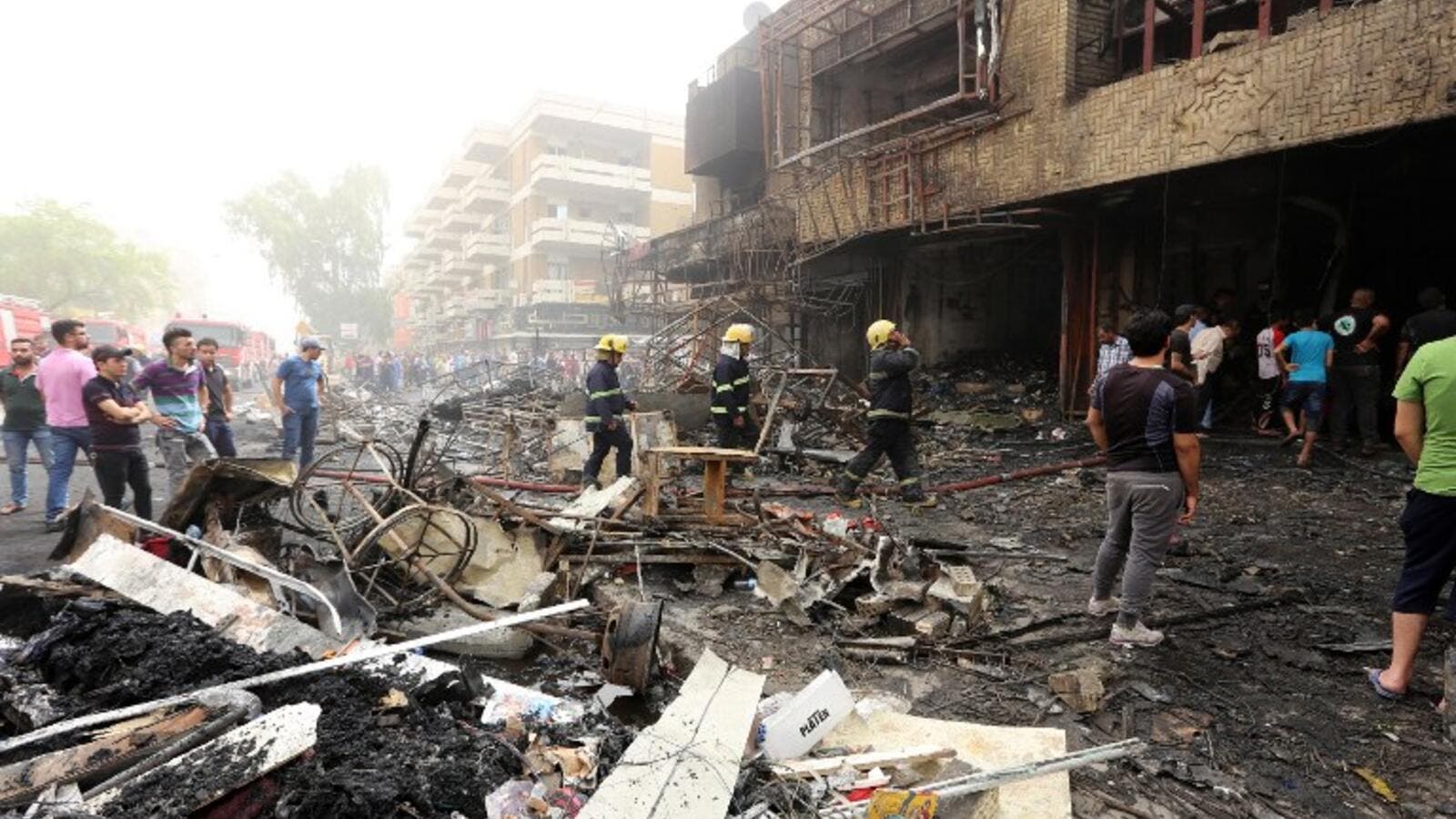 Iraqis, including firefighters, gather at the site of a suicide car bombing claimed by the Islamic State group on July 3, 2016 in Baghdad's central Karrada district. (AFP/Sabah Arar)

The death toll from two bombings that hit Baghdad around midnight Saturday has risen to 82 dead and around 200 injured, police and medical sources told Reuters.

The blast targeted a busy shopping area in the Karada area of the Iraqi capital as people were out celebrating Ramadan.

Daesh claimed responsibility for the attack via a statement circulated online by the group's supporters.

In a separate attack, a roadside bomb detonated around the same time in a market in al-Shaab, a Shia district in the northern part of Baghdad, killing at least two people.

Iraqi forces dislodged Daesh militants from Fallujah after a month-long battle to retake the city. Daesh has launched numerous attacks on Iraqi civilians as the group has lost territory.