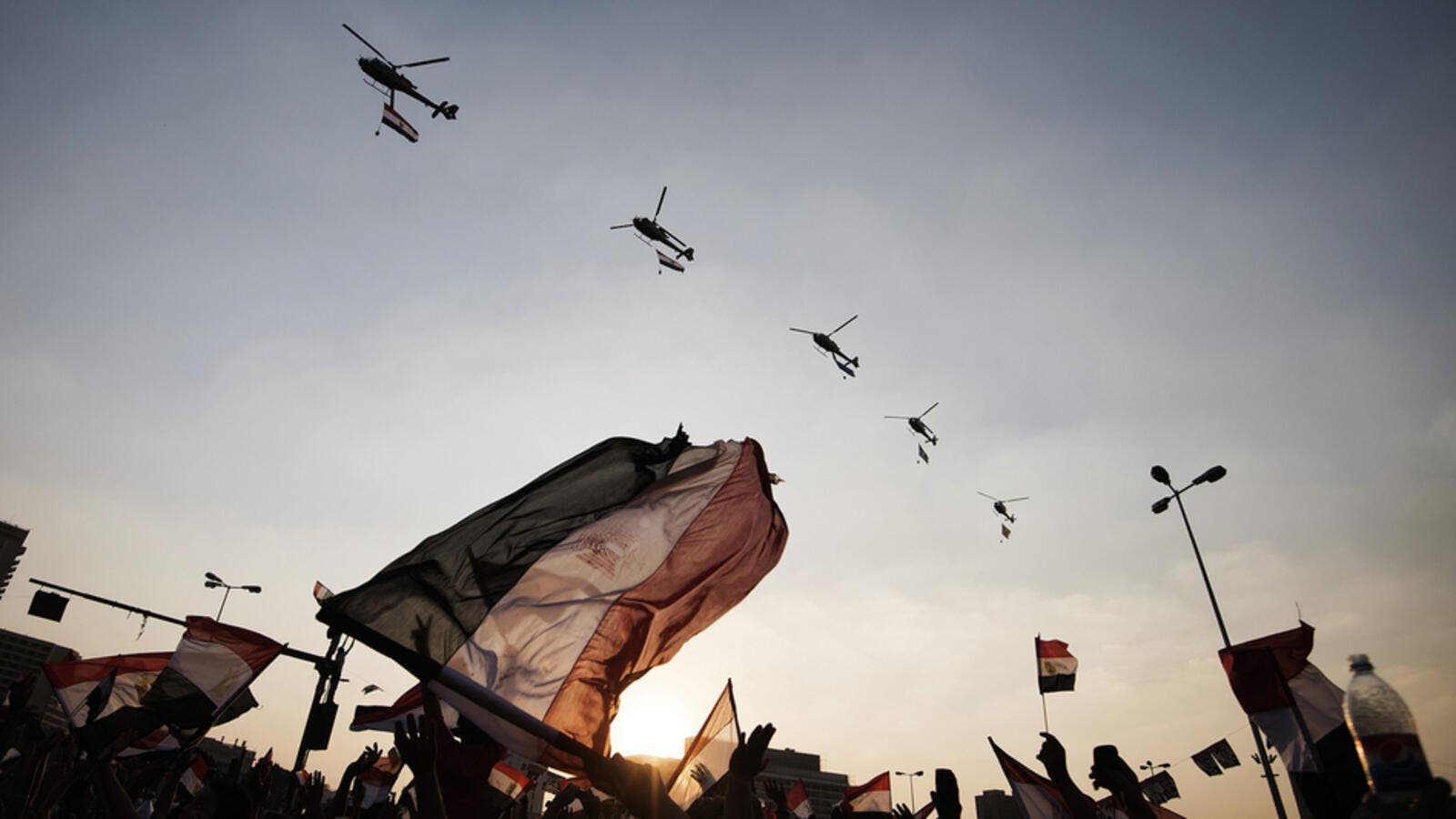 The airstrikes were to "let those far and near know that Egyptians have a shield that protects them," according to a statement from the Egyptian military. (AFP/File)

Saqer al-Joroushi told Egyptian state television that the airstrikes were carried out on Monday, a day after Daesh released a video showing the beheading of 21 Egyptian Coptic Christians.

“There are casualties among individuals, ammunition and the communication centers belonging to them (ISIL),” Joroushi said, adding that "more airstrikes will be carried out today and tomorrow in coordination with Egypt.”

Joroushi further stated that Egyptian and Libyan war planes had combined to attack targets in the eastern town of Derna.

On Sunday, an online video showed the execution of a group of Egyptian Coptic Christians by the terrorists.

The Egyptians, whose photos were published in the latest online edition of the Daesh magazine Dabiq, were reportedly abducted in the Libyan coastal city of Sirte in two attacks in December last year and January.

Following the event, Egypt’s Foreign Ministry warned Egyptians not to travel to Libya, advising those already living in the country to avoid areas of high tension. A large number of Egyptians, many of them construction laborers, are currently working in Libya.

Daesh has released several similar videos from Iraq showing the execution of its captives from different countries, including the United States, Britain, Japan, and Jordan.

The terrorists currently control some areas of Iraq and Syria, where they have been carrying out mass executions against civilians and security forces.