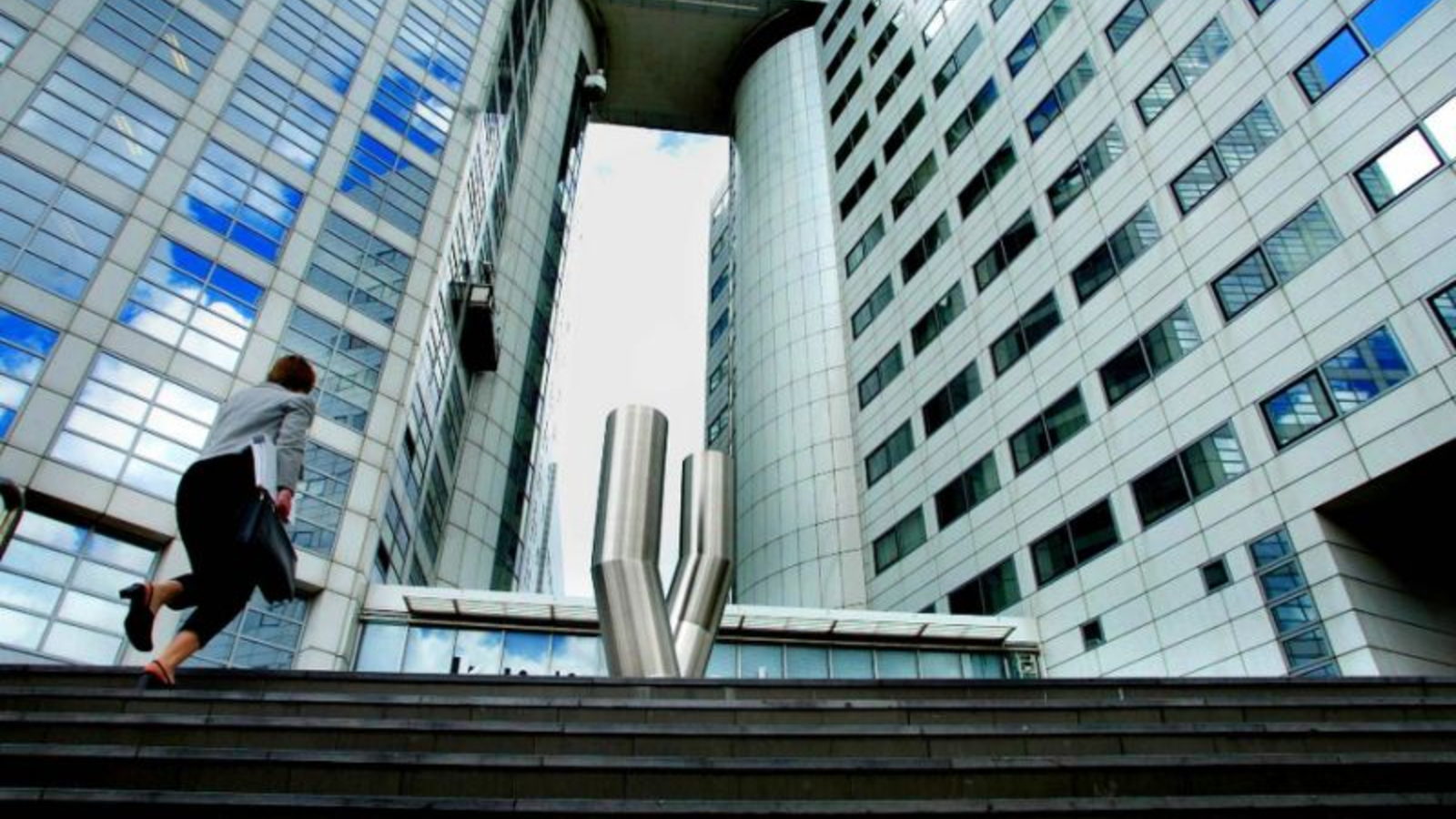 If you’re a dictator aspiring to rule with absolute impunity over a country, using a wide range of crimes against humanity, nonconventional weapons and war crimes to keep your hold on power, then U.S. President Donald Trump’s foreign policy doctrine has some gifts for you. If you’re an aspiring international court struggling to hold those kinds of dictators to account; well, your moment will have to wait.

On March 15, U.S. Secretary of State Mike Pompeo announced the U.S. will deny visas to officials with the International Criminal Court (ICC) who are investigating possible U.S. war crimes committed in Afghanistan.

“The ICC is attacking America’s rule of law,” Pompeo explained. “It’s not too late for the court to change course and we urge that it do so immediately.” Pompeo then threatened economic sanctions on the ICC if it continued investigating the U.S.

The announcement came and went, eventually slipping behind the news cycle. But experts on international justice tell Al Bawaba the denial of visas will have lasting consequences, not just for the ICC, but for the global community’s struggle for universal accountability.

Denying the ICC’s attempts to hold potential war criminals to account accelerates the deterioration of international human rights norms, which has been ongoing for decades.

For dictators however, Trump’s rebuke of the ICC is a welcome sign that they’ll be able to get away with crimes without the danger of an international court bearing down on them.

The International Criminal Court headquarters in the Hague, Netherlands (AFP/FILE)

The ICC was established in 2002 after 60 states ratified its founding treaty, the Rome Statute. Its sole purpose is to try those who committ crimes against humanity, genocide and other war crimes in a global court.

Over 100 states have since ratified the mandate of the ICC, including all of western Europe, Latin America, Canda, Mexico and Australia. Notable countries who are not part of the ICC are the U.S., Russia, China and Saudi Arabia.

Though its lofty ideal of global accountability is much-lauded, the court has long been criticized for its inability to bring war criminals to justice or expand its reach beyond warlords operating throughout Africa.

Almost every investigation it has conducted has been in Africa, with a focus on the Congo, Central African Republic, Kenya, Sudan and Libya. Arrest warrants it issues are rarely respected or acted upon, its indictments are functionally symbolic and some have noted that the court actually disrupts local accountability systems more than it augments them.

The ICC has risked steadily losing the credibility it was based on, and has positioned itself on the shaky precipice of global irrelevance.

Its Nov 2017 announcement that the ICC will be investigating war crimes potentially committed by U.S. soldiers and members of the CIA in Afghanistan came as a surprise to observers.

The court, which has long-been insulated at the Hague and dismissed, was evolving and readying itself to confront the world’s greatest superpower.

In the ICC’s announcement, the court indicated it had garnered enough information to warrant a full investigation into potential “war crimes by members of the United States ("US") armed forces on the territory of Afghanistan, and by members of the US Central Intelligence Agency ("CIA") in secret detention facilities in Afghanistan and on the territory of other States Parties to the Rome Statute, principally in the period of 2003-2004.”

The ICC also announced it would investigate actions committed by the Taliban and Afghan government forces.

Even if it results in no indictments or convictions, the investigation could stand as a warning to nations that no one is exempt from accountability.

This moment has since become seriously jeopardized by the U.S.’ reaction, which initially was to threaten to arrest ICC judges and impose sanctions. Pompeo’s March 15 announcement takes it a step further by barring ICC access to the U.S., thus impeding the investigation.

“We are determined to protect American and allied civilian personnel from living in fear of unjust prosecution for actions taken to defend our great nation,” Pompeo said.

“At a time of rampant abuses around the globe, it sends exactly the wrong message to penalize war crimes investigators just for doing their job.”

Evenson added that while the ICC has issues, it represents an essential part of the international community’s attempts to establish a global rule of law.

The Trump Administration’s move is not without a historical precedent: the U.S. has maintained a stably antagonistic relationship to the international court since its founding.

In Aug 2002, just a few weeks after the ICC was established, then-president George W. Bush signed the American Service-Members' Protection Act. The law was nicknamed the ‘Hague Invasion Act,’ since it threatened to militarily intervene in any ICC attempt to arrest U.S. soldiers or officers. The law, which is still in effect, warns that the U.S. will use “all means necessary and appropriate to bring about the release of any U.S. or allied personnel being detained or imprisoned by, on behalf of, or at the request of the International Criminal Court.”

On top of that, John Bolton, who gained national prominence in the Bush Administration thanks to his hawkish stance against Iran and virulent opposition to the ICC, is now Trump’s National Security Adviser.

“Despite signs of a thaw between the International Criminal Court and the United States during the Obama presidency, there is nothing either new or necessarily unlawful about the U.S. trying to restrict the operation of the ICC,” argued Douglas Guilfoyle, Associate Professor of International and Security Law at the University of New South Wales.

“The ICC has jurisdiction to investigate war crimes or crimes against humanity alleged to have been committed within the territory of its member, Afghanistan, since 2003. As a non-party the U.S. is not obliged to assist those investigations, but it is hard to see how denying visas to ICC staff to enter the U.S. will have much impact when much of the evidence and most of the witnesses will be in Afghanistan,” he added.

Despite the flagrant and flamboyant rhetoric of the ‘Hague Invasion Act,’ there is reason to believe that Trump’s actions are more demonstrably dangerous than Bush’s.

“Through National Security Adviser John Bolton’s pledge to use “any means necessary” to protect [the] U.S. and its allies’ citizens from ICC prosecution and through Secretary of State Mike Pompeo’s additional, concrete step of restricting ICC personnel’s visas, the Trump Administration is demonstrating more hostility to the ICC any of its predecessors,” explained Zachary Kaufman, a senior fellow at the Harvard University Kennedy School of Government and lecturer at Stanford Law School.

“While Bolton’s language echoes text of the American Servicemembers’ Protection Act, which President George W. Bush signed into law, the Bush Administration did not restrict ICC personnel’s visas and even eventually softened its stance towards the ICC,” he adds, noting that Bush eventually allowed the ICC to investigate the genocide in Darfur, Sudan.

The impact of the visa denial, while subtle now, will likely reverberate for years, imperiling years of consensus and legitimacy the ICC has tried to build. This is mainly because the ICC relies on voluntary member-state participation, and derives its power through the number and global stature of the nations that accede to it.

It also has an ideational mandate—that is, a mandate justified by its founding ideals, which are supposed to be shared by the global community. The more states that block ICC investigations, pull out of its jurisdiction and denounce it, the less ideational power it has and thus the more shaky its mandate becomes.

Eventually, if enough nations in the global community denounce it, it will disappear.

To be sure, the court has also been busy investigating the U.K. for potential crimes committed in Iraq, and the British have been more cooperative than the U.S. So hope is not yet completely gone as the ICC attempts to broaden its scope of cases it investigates.

But the U.S.’ overt obstruction efforts to ICC investigations not only disempowers the court, it also jeopardizes its ability to function in the long-term and threatens to dissolve the ideals upon which it was built.

“Trump's reinvigoration of an "America First" ideology means international norms are a nuisance—an impediment to furthering American interests. The ICC is the perfect embodiment of everything Trump detests in foreign policy terms,” Phil Clark, a Reader in Comparative and International Politics at SOAS University of London, where he is also the co-director of the Centre on Conflict, Rights and Justice, told Al Bawaba.

“He sees the ICC an unaccountable foreign institution, based in Europe and propagating European values, with the legal authority to pursue American officials.”

In this thinking, Trump accompanies other leaders who have acted to thwart the ICC’s investigative efforts.

In March 2009, the ICC issued an arrest warrant for Omar al-Bashir, who has ruled Sudan as a dictator for 30 years and attempted to summon Kenyan President Uhuru Kenyatta along with his right-hand man William Ruto. “Sudan and Kenya did everything they could to stymie the Court. This included barring ICC investigators from crime sites, killing and intimidating witnesses and refusing to hand over evidence,” Clark said.

Other nations also acted against the ICC: South Africa, which helped draft the Rome Statute, withdrew from the court in 2016, citing the desire to protect the region against efforts at regime change. Dozens more have outright ignored the ICC-issued arrest warrant for al-Bashir, allowing him to travel with relative ease around the world.

“So the U.S. now finds itself in this refined company of states that, when they feel their officials are threatened by ICC investigations, pull out all the stops to thwart the Court,” Clark added.

Rodrigo Duterte, a Trump ally and a brutal ruler of the Philippines who enacted a vicious policy of killing people by the thousands, pulled out of the ICC in March 2018 after the court announced it was investigating his supposed ‘war on drugs.’

Douglas Guilfoyle of the University of New South Wales thinks Trump’s actions against the ICC “send[s] regrettable signals that obstructing such independent investigations is legitimate, and provides cover to those who have done so such as President Duterte of the Philippines or President Kenyatta of Kenya.”

The U.S., as the world’s leading superpower, has an unparalleled ability to shape and break international norms. By denouncing international courts and accountability in favor of sovereignty, other nations throughout the world may be able to use the same rhetoric to escape ICC investigations.

What’s bad news for international justice is great news for those dictators and regime heads who have used violent methods against civilians to keep power. It’s also good news for other powerful countries that have committed crimes against humanity and fear an investigation to unearth its misdeeds. Rather than be pressured to accept an investigation, they can join a growing, loose coalition of states that explicitly denounce the ICC and seek to undermine it.

These regimes and governments can rest assured knowing the global community’s attempts to build an international justice mechanism is languishing.

Opinion: COVID-19 Pandemic is Killing People, So Are US Economic Sanctions

Leaked Sex Image of Burak Özçivit.. How Did His Wife Fahriye Evcen React?