US Approves $1.5 Billion in Weapon Sales to Its Friends

The US State Department has approved $1.5 billion worth of weapon sales to foreign allies, including the sale of High Mobility Artillery Rocket Systems (HIMARS) to Estonia, missiles to Norway and torpedoes to South Korea. 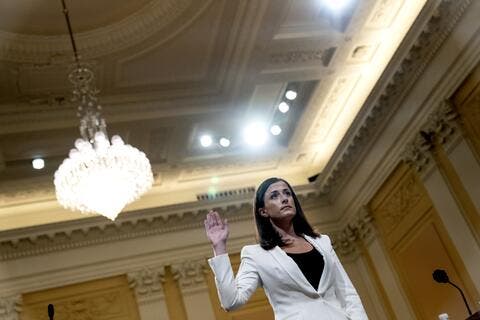 The package approved for Estonia – bordering Russia -- would include up to six M142 HIMARS launchers, munitions, support equipment, spares and technical support, the US Defense Department announced on Friday.

The Pentagon's Defense Security Cooperation Agency further notified US Congress of the possible arms sale to Estonia as well as the two other foreign military sales later on Friday.

The State Department's separate approvals of the potential sale of medium-range air-to-air missiles and related equipment for Norway in a deal valued at up to $950 million and MK 54 Lightweight Torpedoes to South Korea for an estimated value of $130 million were also made public on Friday.

The weapon deals were announced as European countries have come under pressure by Washington to increase their arms purchases following the onset of Russia’s special military operation in neighboring Ukraine after the US-led NATO military alliance refused to address Moscow’s demands for security guarantees amid Kiev’s reported bid to join NATO.

In a statement on its website on Saturday, the ministry said Shoigu issued the order as he made a surprise visit to Russian troops involved in the ongoing military operation in Ukraine, and met with senior commanding officers to discuss ways to halt persisting Ukrainian attacks against civilian targets in the eastern region of Donbas.

“The head of the Russian defense ministry gave the necessary instructions to ramp up the actions of groups in all operational areas in order to exclude the possibility of the Kiev regime launching a massive rocket and artillery strikes on civilian infrastructure and residents of settlements across Donbas and other regions,” the ministry said.

US and its NATO allies have donated numerous HIMARS systems to Ukraine to help its Western-backed military forces to press against Russian advances east of the country.