US Army, Iraqi forces will not advance on Mosul before Ramadan 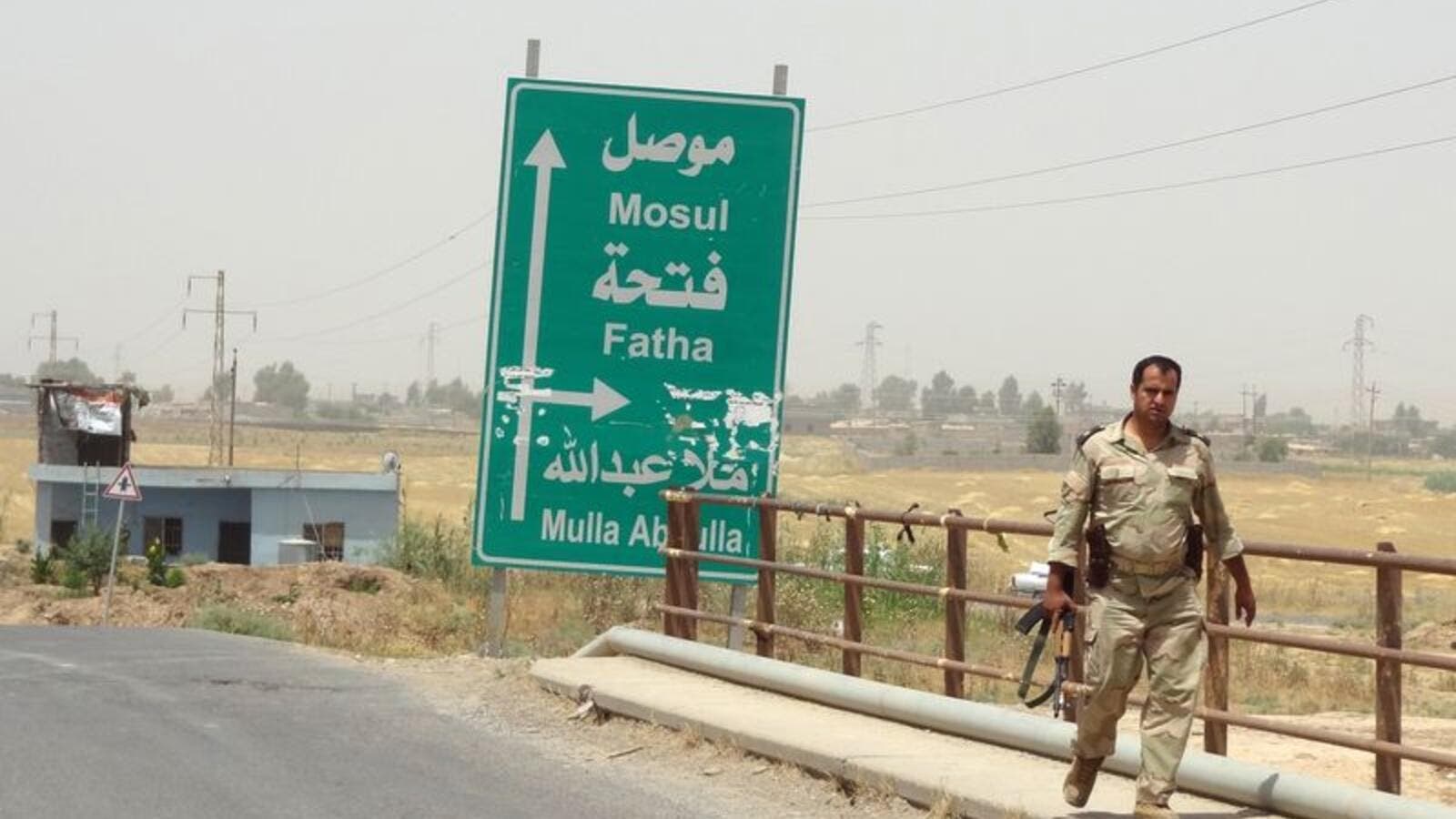 An Iraqi solider walks past a sign pointing toward Mosul. (AFP/File)

US Army Col. Steve Warren on Wednesday said it would not be possible for Iraqi Security Forces and the Kurdish Peshmerga to surround Mosul before Ramadan, clarifying a statement made by Secretary of Defense Ashton Carter.

Ramadan will begin June 7. Iraqi Security Forces launched an offensive to retake the city of Mosul from the Islamic State in March, supported by U.S.-led coalition airstrikes. The effort began by isolating the city from surrounding areas and slowly chipping away at Daesh territory and supply routes. The Peshmerga later joined the offensive.

Carter on Wednesday said that with the Iraqi Security Forces coming from the south of Mosul and the Peshmerga coming from the north, the anti-Daesh strategy is focused on surrounding Mosul before Ramadan.

"What we are focused on is collecting and positioning before Ramadan commences the forces for the envelopment of Mosul," Carter told the Senate Appropriations Committee. "We would like to complete that envelopment before Ramadan, so those are two of the immediate operational objectives."

When asked whether surrounding Mosul was possible before Ramadan, Warren simply said "No."

"Mosul will not be isolated in next five weeks. What we hope to do is to control that southern line of communication within the next five weeks and I think that is what the secretary was probably talking to," Warren said.

Mosul is considered one of the most important battles in the fight against Daesh in Iraq. President Barack Obama said he expects the city of Mosul to be retaken by the Iraqi government by the end of the year.