US: Civilian deaths in Mosul an 'unintentional accident of war' 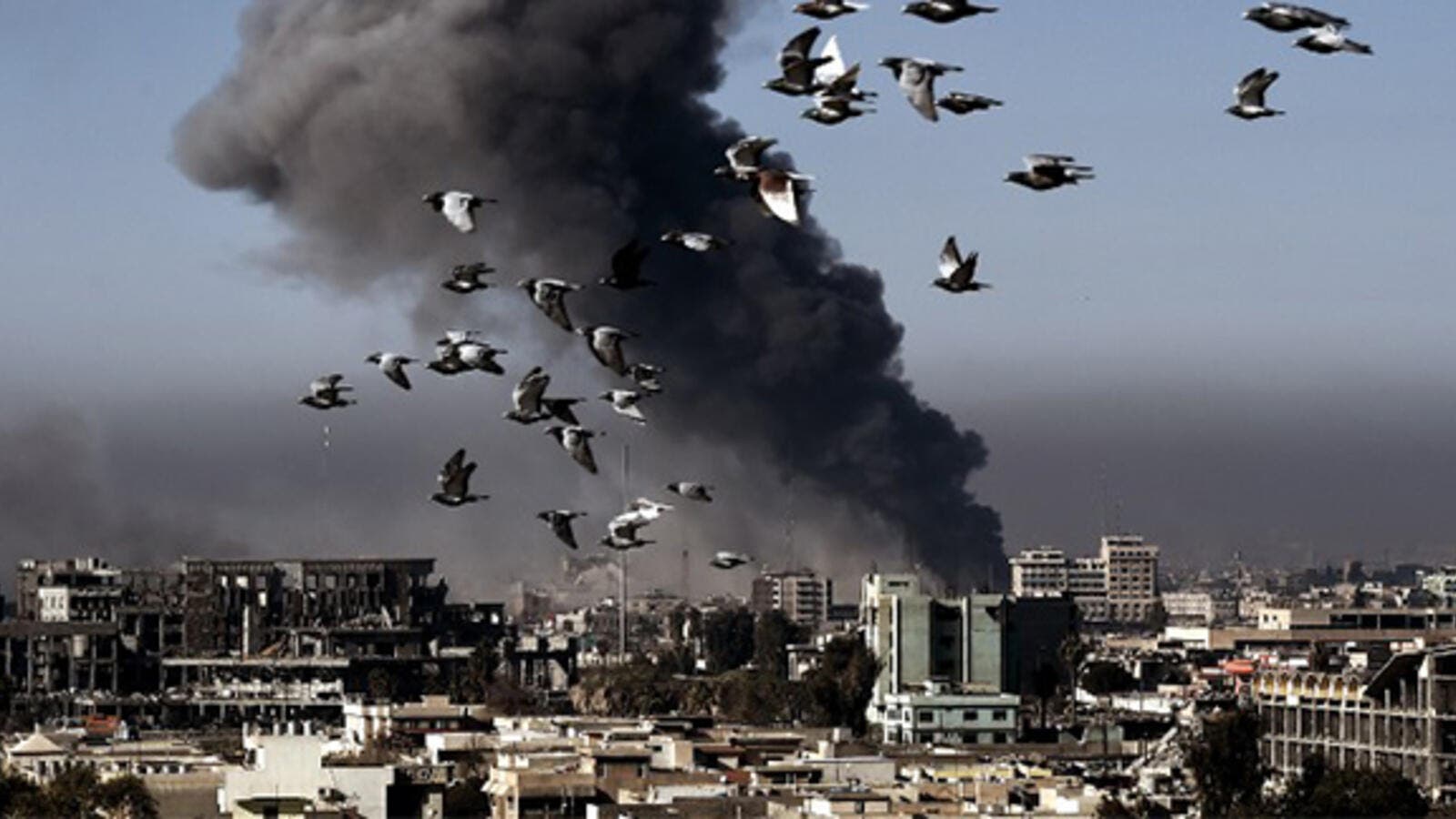 Smoke rises following an airstrike in western Mosul on March 6, 2017, during an offensive by Iraqi forces to retake the western parts of the city from Islamic State (IS) group.(AFP/Aris Messinis)

Coalition forces "probably" played a role in the deaths of numerous civilians during a recent airstrike in west Mosul, the US commander of the anti-Daesh "IS" coalition in Iraq said Tuesday.

"We probably had a role in those casualties," US General Stephen Townsend, who commands the Combined Joint Task Force Operation Inherent Resolve, told reporters in a phone briefing from Baghdad.

"If those innocents were killed, it was an unintentional accident of war," he said.

The March 17 airstrike on west Mosul has killed up to 150 people, according to Amnesty International, though Iraqi civil defence has reported a much higher figure.

Townsend added that the recent rise in civilian casualties in Mosul was "fairly predictable" given the densely populated urban neighbourhoods that IS fighters are defending against Iraqi government troops.

However, Amnesty on Tuesday accused coalition forces of failing to protect civilians in Mosul.

The rights group said evidence gathered from the ground "points to an alarming pattern of US-led coalition airstrikes which have destroyed whole houses with entire families inside".

It added that any failure to take precautions to prevent civilian casualties would be "in flagrant violation of international humanitarian law."

Iraqi forces have been engaged in house-to-house fighting to dislodge IS fighters from their last stronghold in western Mosul, a crowded warren of narrow streets and buildings in an old part of the city.

The Iraqi push has been backed up with coalition airstrikes.

Townsend said the building hit March 17 could not have been demolished by a single bomb.

He did not rule out the possibility that that the extensive damage was caused by an IS truck bomb.

He said it was also possible that the civilians killed had been "forced" to remain in the building by IS.

The US has launched an investigation into the deadly strike.

Amnesty International's report quoted survivors and eyewitnesses of airstrikes that have killed civilians as saying that "they did not try to flee as the battle got underway because they received repeated instructions from the Iraqi authorities to remain in their homes".